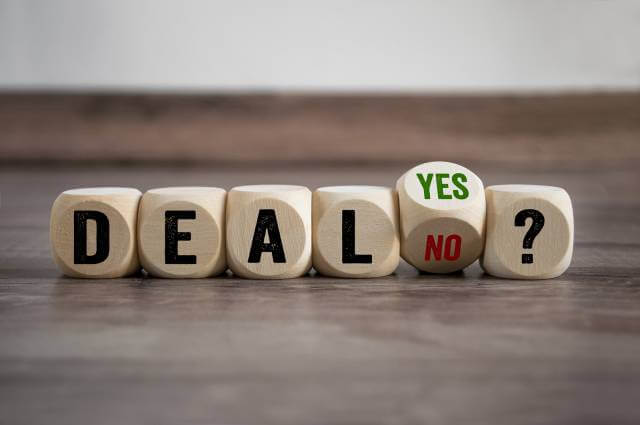 DEAL OR NO DEAL, THAT IS THE QUESTION
Although the number of economic data releases was limited during the week, we received very important pieces of information regarding the US-China trade negotiations, which contributed to the improvement of global market sentiment. According to the Chinese administration, parts of the text for the first phase of a trade deal with the US are ‘basically completed.’ The US Treasury made a similar statement. Presidents Trump and Xi Jinping aim to seal the phase one trade deal in Chile in November.
This week, both the economic diary and the policy agenda are very busy with potentially market-moving releases and announcements. The 4th plenum of the Chinese Communist Party Congress Convention will take place this week. This will likely be an important meeting to set the stage for economic reform agenda for the next few years. In the US, the Federal Reserve will most likely reduce the Fed funds rate again, by 25bp after which Chair Powell will talk to the markets to provide guidance. In terms of the economic diary, both the US and China will reveal their respective manufacturing PMI indices. In addition, we will have a chance to assess the first reading of the US’ 3Q19 GDP data as well as the October jobs report.

UNITED STATES
Equity markets and Treasury yields moved higher on renewed optimism regarding the near-term economic outlook. Rising optimism regarding the US-China trade negotiations took the 10-year Treasury yields 4bp higher to 1.79% and drove the S&P 500 just below its all-time high. According to the Fed funds futures, the broad market expects two additional 25bp rate cuts by the Federal Reserve: one on Wednesday and one in March 2020. Currently, the pricing implies that the rate cutting cycle could end in March, when the range of the Fed funds rate could arrive at 1.25-1.50%.

EUROPE
The stock markets of the Euro Area’s four largest economies and the United Kingdom gained during the week due to the European Central Bank’s commitment to provide a cushion for the ailing Euro Area economy as well as the rising optimism regarding the US-China trade negotiations. The Bund market shared the stock market’s favourable reaction albeit at a more moderate extent, as long-dated yields climbed on Friday.
The European Central Bank kept the degree of monetary accommodation unchanged in the final meeting of Mario Draghi’s presidency. The bank confirmed its latest package of record-low rates (deposit rate at -0.50%) and a resumption of asset purchases. Mr. Draghi claimed that despite the prominent downside risks to GDP growth, the Eurozone’s economy would expand in 2H19.

Asian stock markets delivered a mixed performance during the week. The South Korean, Indonesian and Taiwanese markets were among the best performers within the region, due to the rising optimism regarding the trade negotiations between the US and China.
Indonesia’s President Joko “Jokowi” Widodo appointed his cabinet for the 2019-2024 period. President Jokowi retained the finance minister from his previous cabinet, signalling the continuity of fiscal policy and budgetary prudence. Furthermore, the President appointed General Prabowo Subianto (his main opposition rival in the elections) as defence minister.
The central bank of Indonesia cut the policy rate for the fourth consecutive month by 25bp, to 5%. The monetary policy statement signalled that the MPC will be data dependent, i.e. a rate cut next month is not a done deal yet, as the Committee will scrutinise domestic and global developments before the rate decision.
The Philippine central bank cut the reserve requirement ratio (RRR) to free up liquidity in the local banking system and stimulate lending to support economic growth. The reserve requirement will be lowered by 100bp to 14% in early December. Reducing the RRR has been on central bank’s long-standing financial market reform agenda to improve monetary policy transmission. Governor Diokno signalled his intent to further reduce the RRR, to single digits by the end of his term in 2023.

LATIN AMERICA
The majority of Latin American stock markets performed strongly during the week. The pack was led by the Brazilian stock exchange, followed by Colombia. Due to domestic idiosyncratic issues (i.e. public riots), the Chilean index sharply declined.
Opposition candidate Alberto Fernandez swept Argentina’s presidential election on Sunday. With more than 80% of the ballots counted, Mr. Fernández had carved out a large enough lead to avoid a runoff with President Mauricio Macri. The president-elect is yet to reveal his government’s economic agenda, which should address a volatile peso, debt sustainability and an ailing economy.
The Senate concluded the second and final vote on the pension reform proposal in Brazil. Following the approval at the House of the base text, with 60 votes in favour and 19 against it, the senators concluded voting the highlights, i.e. proposed modifications to the text. According to local news, the Senate’s speaker intends to promulgate the bill until the 19th November.
The monthly GDP indicator in Mexico weakened in August, as the index contracted 0.9% YoY (+0.31% YoY in July).
The central bank in Chile lowered the policy rate by 25bp to 1.75%. At the October monetary policy meeting, the MPC unanimously voted to further decrease the policy, whilst noting that additional easing could be required to ensure inflation converges to the target.
As the public riots could have a meaningful negative impact on economic confidence (at least in the short-term), the central bank could deliver further stimulus to prevent a marked slowdown in actual economic activity going forward.

AFRICA
The Egyptian stock market delivered one of the strongest performances relative to its African peers by rising modestly during the week. In contrast, the Nigerian and South African benchmarks declined.
Consumer price inflation in South Africa eased to 4.1% YoY in September, due to slowing price increases in the services sector. Core inflation decelerated to 4% YoY, implying that the less volatile demand-sensitive products’ prices increased by a slower pace than before.
In such a benign inflationary environment, the central bank could find further room for policy manoeuvre to reduce the policy rate thus aiding the recovery of the domestic economy. However, the central bank will need to consider domestic fiscal issues as well as external developments when the MPC decides on the policy interest rate in November.
South African state-owned power company Eskom was handed an additional ZAR 59bn (USD 4bn) lifeline by parliament. The bailout will put further strains on the budget deficit, which means that the government will have even less space to provide support to the economy.
Finance Minister Mboweni will present the budget to Parliament on the 30th October, just two days before Moody’s is due to re-assess South Africa’s credit rating.
THIS WEEK’S GLOBAL EQUITY MARKET MOVERS AND MARKET DATA CANNOT BE DISPLAYED. WE THANK YOU FOR YOUR UNDERSTANDING.
This week’s global market outlook is powered by Alquity www.alquity.com