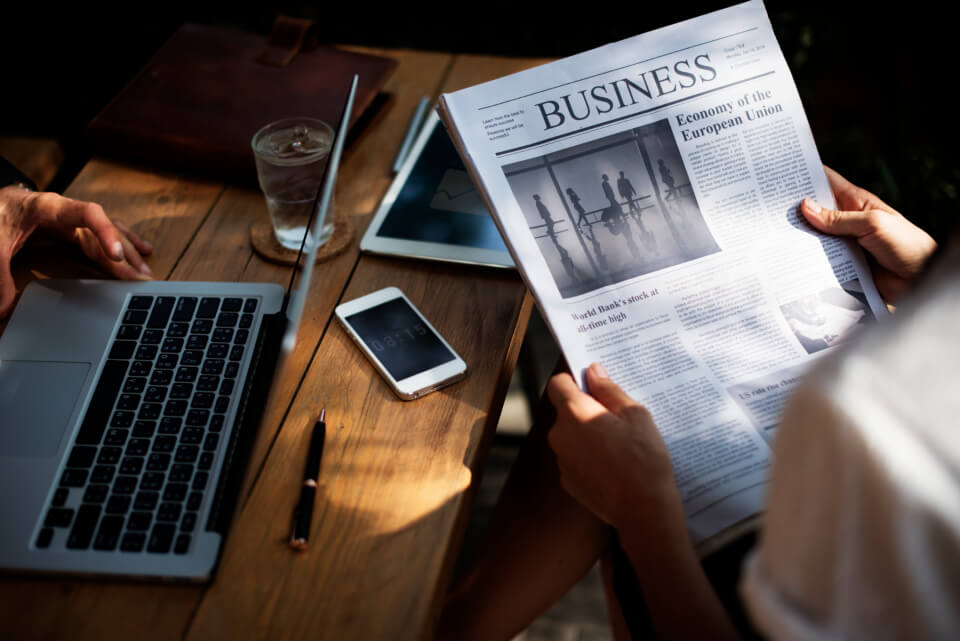 END OF AN ERA
Financial markets were little changed last week, pausing for breath after the post-summer rally.
The FED meeting passed as expected (with the start of balance sheet normalisation) and economic data confirmed broad-based positive growth momentum.
In Europe, Angela Merkel secured a somewhat bittersweet victory to secure a fourth term as German chancellor, though with a lower than expected vote share and after a strong show of support for the right-wing Alternatives for Germany party. S&P downgraded China’s sovereign credit rating just a month ahead of the National Congress, though this was essentially a formality and largely ignored by markets.

Nonetheless, the market continues to doubt the FED’s forecasts, whilst we continue to see the monetary policy outlook as uncertain:

On the political front, the war of words between Trump and Kim continued, with the leader’s calling each other “little rocket man” and a “mentally deranged dotard” respectively. On Thursday, the US passed additional sanctions to prohibit North Korea from trade or financing. Moreover, US fighter jets flew further north of the demilitarised zone than at any other point in this century.
Economic data was mixed with existing home sales falling to the lowest since August 2016 (much of the decline attributed to Houston) but strong readings for the Philly FED and leading indicators.

EUROPE
Eurostoxx 3,539 +0.74%, German Bund 0.45% +1.40bps, Xover Credit Index 257 -32bps, EURUSD 1.190 -0.01%
Ahead of the planned independence referendum for Catalonia from Spain on the 1st October, Spanish police raided Catalan government offices on Wednesday, arresting at least 12 officials. Further, on Saturday all local and national police were temporarily placed under a single chain of command reporting to the interior ministry in Madrid. There is a possibility of further escalation and protest over coming weeks, but consensus remains that the vote will not go ahead. It is however likely, that Catalonia will agree greater fiscal autonomy in time.
In neighbouring Portugal, government bonds rallied after S&P upgraded the country’s debt to investment-grade. The 10-year was some 37bps lower in yield on the week (to 2.43%).
The Eurozone PMIs for September came in ahead of expectations with the composite registering 56.7 (4-month high). HICP inflation came in at 1.5% (core at 1.2%). France delivers its budget on Wednesday.
Angela Merkel looks set to win a fourth term as German chancellor, though with clouds overhead in the form of a lower than expected vote share and the rise of the AfD (Alternatives for Germany) party to become the first right-wing nationalists to enter German parliament since 1961.
Exit polls suggest that Merkel’s Union parties (Christian Democratic Union and its sister the Christian Social Union) secured 33% of the vote, versus the 37% suggested by the final polling data, and a significant drop from the 41.5% secured in the 2013 election. AfD did better than expected, taking 12.6% of the votes versus 11% suggested by the final polls. The second largest party, the SPD, took an expected 21% of the votes, and has declared its intention to serve in opposition, rather than remain as part of Merkel’s coalition.
Merkel is now expected to form a ‘Jamaican’ coalition, bringing in the FDP and Green parties, whose official colours added to the CDU/CSU’s give a mix of black, yellow and green, which would provide a slim parliamentary majority of 52.5%.
In the UK, retail sales for August were better than anticipated rising 1% MOM vs. 0.2% consensus. The BOE next meet on the 2nd November and, whilst inflationary pressures are very likely to have peaked, will hike if this data resilience continues. Meanwhile, PM Theresa May did little to appease her doubters on Friday, with her speech in Florence lacking any real clarity or new information. Later that afternoon, Moody’s downgraded the UK’s credit rating to Aa2 (2 notices below the triple A rating the UK enjoyed for 35 years up to 2013). This week the 4th round of EU-UK negotiations will take place.
The National Bank of Hungary eased policy on Tuesday – reducing the overnight deposit rate to -15bp (from -5bp) and reducing reserves it will accept from banks to HUF 300bn. This last measure continues their “unconventional” measures, with the aim of pushing liquidity into financial markets.
Turkey’s stock market fell -4.8% over the week, as President Erdogan spoke in New York and was met with violent protests, while the thinktank US Middle Eastern Forum issued calls for Turkey to be removed from NATO on account of “President Erdogan’s infractions grow[ing] more outrageous and egregious”.

ASIA
HSCEI 1,090 +0.50%, Nikkei 2,039.00 +0.76%, 10yr JGB 0.03% +0bps, USDJPY 112.280 +1.03%
As expected, the BOJ left policy unchanged at last week’s meeting. The central bank remains above consensus in its economic projections, and is likely to have to lower its guidance on inflation when the quarterly outlook is released in October. Kataoka dissented on yield curve control levels, preferring a more dovish position.
This week S&P caught up with Moody’s and Fitch when it downgraded China’s sovereign credit rating from AA- to A+.
Indonesia cut rates for the second time during this cycle. The central bank cut the policy rate by 25bps from 4.50% to 4.25%, in response to lower than expected inflation in recent months (CPI dropped to 3.8% YOY in August), in addition to weak loan growth. This was the second cut in two months, with an equal 25bps cut having been delivered in August. Bank Indonesia left the door open for additional cuts, whilst remaining data dependent.
Taiwan’s central bank left rates on hold as expected, at 1.375%, for the fifth consecutive quarter. Policymakers remarked on an uncertain global demand environment creating export uncertainty, modest momentum in the domestic economy and a stable inflation outlook.
Whilst the Philippines also left rates on hold this week, there was a more interesting development on the economic reform side, with the government passing the first stage of its much awaited tax reform programme. The new tax bill is expected to generate additional revenue equal to 0.8% of GDP during its first year of implementation, while at the same time reducing the tax burden of low income workers. The Philippines stock market has now risen to an all-time high on the expectation that the additional government revenue will be used to fund an infrastructure investment package.

LATIN AMERICA
MSCI Lat Am 2,983 -0.16%
Argentina’s GDP grew 2.7% YOY in 2Q17. The strong momentum is expected to continue through to the second half of the year, with a range of indicators (industrial output, construction activity, tax collection, and consumer confidence) coming in strongly in July and August.
Argentina’s primary budget deficit came in at ARS 24.6Bn in August, compared with a deficit of ARS 35.4Bn registered in the same month a year ago. This marks a stabilization of the budget deficit at 4% of GDP.
With the combined impact of robust GDP growth (supporting tax revenue), the lowering of the subsidy bill, and a reduction in administrative expenses, the fiscal consolidation process underway in Argentina appears firmly on track.
Colombia’s consumer confidence index came in at -15.9, completing its 20th consecutive month in negative territory. This was a significant deterioration from the -9.6 recorded in July. However, we expect activity to stabilize in 2H17 due to a more stable currency, the fading of impact of the VAT implementation shock, low inflation, and looser monetary policy.
Colombia’s current account deficit for 2Q17 came in at USD 2.7Bn, broadly stable from a year ago. This brings the rolling 12-month deficit to USD 12.4 billion (4.1% of GDP). Colombia’s current account deficit is slowly rebalancing, driven by improvements in the trade account (imports remains sluggish on low internal demand, while exports are benefiting from the weaker currency).
Fitch maintained Peru’s credit rating at BBB+ with a stable outlook. Fitch held its rating unchanged due in part to Peru’s track record of policymaking credibility, consistency and flexibility, demonstrated most recently by steering the economy through the recent turmoil inflicted by El Nino, flooding and political uncertainty.

AFRICA
MSCI Africa 879 +0.14%
S&P affirmed Nigeria’s ‘B/B’ long and short-term credit ratings, with a stable outlook, on the back of a more stable outlook for the country’s crucial oil industry. Economic activity has also shown recent signs of improvement, with the Purchasing Managers’ Index rising to 58.5 points in August from 56.3 points in July. The Central Bank of Nigeria continued its intervention in the forex market, with the injection of USD545 million, while also issuing a threat to sanction any banks found to be in breach of a directive to open teller points for retail FX transactions.
In Kenya, the central bank held its main lending rate at 10.0%, noting that food supplies were likely to improve and reduce pressure on inflation, which had risen 50pbs to 8.0% in August. Elsewhere, the Kenyan electoral commission postponed the re-run of the presidential election, after the company providing the electronic voter list and results transmission system said it would not be ready in time. The repeat election is now planned for October 26.
Moving on to South Africa, headline consumer inflation increased 4.8% YOY in August from 4.6% in July while the central bank kept rates on hold at 6.75%.
The World Bank cut its 2017 economic growth forecast for South Africa to 0.6% from an earlier estimate of 1.1% owing to declining productivity and insufficient innovation in the private sector.
On the political front, the Zuma-Gupta state capture case rumbled on, this time sullying KPMG who now faces being deserted by corporate South Africa, after it acknowledged that work done for the Gupta Family “fell considerably short” of its standards.
Lastly, Fitch affirmed Ghana’s Long-Term Foreign-Currency rating at ‘B’ with a stable outlook.