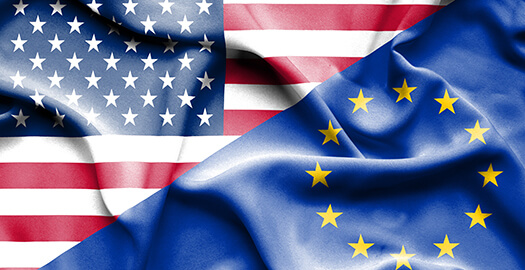 CENTRAL BANKS ARE READY TO STEP UP, AGAIN.
Two major central banks – the Federal Reserve (Fed) and the European Central Bank (ECB) – sent very strong signals during the week that both stand ready to slash interest rates and pump liquidity to address the prevailing market and economic strains. Although the Fed and the ECB could opt for the same resolution (i.e. loosening financial conditions), the two will do so for very different reasons: the Fed needs to provide comfort to market players globally in the context of slowing growth and international trade tensions, whilst the ECB needs to address the Eurozone’s structural deficiencies with tools that can only manage cyclical woes. Meanwhile, the Bank of Japan has not even had the chance to consider the reversal of its ultra-accommodative stance. Therefore, we are stuck in an era of #QEinfinity, where central banks (need to) step up, while governments stay on the side lines instead of delivering structural reforms.
What does this mean in the world of emerging markets if the Fed (and the ECB) deliver dovish measures? Simply put, central banks in emerging countries will have greater flexibility to opt for more accommodative policies, which in turn will prop up economic growth and support asset prices.

UNITED STATES
S&P 2,950 +2.20%, 10yr Treasury 2.05% -2.64bps, HY Credit Index 324 -31bps, Vix 15.52 +.12Vol
The comforting remarks by the Federal Reserve boosted investor sentiment, and as a result, the major US stock indices gained: the S&P500 rose 2.2%, whilst the Nasdaq Composite increased 3%. As the market interpreted the Fed’s comments in a dovish manner, the broad dollar index (DXY) eased 1.4% and the whole Treasury curve shifted downwards and steepened, i.e. the 2-year yield declined 7bp to 1.77% and the 10-year decreased by 3bp to 2.05%, bringing the 2s10s spread to 28bp. Fed funds futures followed suit by slipping further downwards. Currently, market pricing implies that the Fed funds rate will be down from 2.25-2.50% to 1.50-1.75% by the end of this year and might lower even further next year.
In line with market expectations, the Federal Reserve kept the Fed funds rate stable at 2.50-2.75%. Chair Powell delivered a comforting speech, which was ultimately interpreted in a dovish manner by the broad market.

EUROPE
Eurostoxx 3,465 +3.80%, German Bund -0.30% -3.00bps, Xover Credit Index 253 -19bps, USDEUR .879 -1.17%
The combined impact of the Fed’s remarks and ECB President Draghi’s comments improved investor sentiment in European markets. Consequently, the major stock indices in the Eurozone headed north during the week: the Spanish stock index rose 1.5%, the German index was up 3.2%, the French benchmark increased 4.2% and the Italian reference index gained 5% (all in USD). Meanwhile, yields on German Bunds eased, bringing the 10-year yield to -0.29%.
ECB President Mario Draghi delivered a surprisingly dovish speech in Sintra. The ECB President emphasised that the easing of financial conditions in the Eurozone may be inevitable to tackle the cyclical downturn.

ASIA
HSCEI 10,947 +5.02%, Nikkei 21,285.99 +1.66%, 10yr JGB- 0.15% 0bps, USDJPY 107.440 -0.98%
Asian stock markets delivered a good performance in general during the week. Chinese “A” and “H” shares gained 5% in USD, outperforming the majority of their regional peers. In contrast, the Indian market underdelivered, as the Nifty 50 lost 0.5% of its value in USD by the end of the week.
The central bank of Indonesia left the policy rate at 6%. The MPC has shifted to an explicitly dovish stance, as the post-decision communique specifically mentioned the possibility of a rate cut, should the international backdrop allow it.
The central bank of Philippines held the policy rate at 4.50%. The MPC argued that a ‘prudent pause‘ was needed to assess the efficiency of the monetary transmission mechanism, i.e. whether the lower policy rated had translated into lower lending rates to the underlying economy.

LATIN AMERICA
MSCI Lat Am 2,879 +4.55%
The majority of Latin American stock markets benefitted from the improving global investors sentiment. The Brazilian and Colombian markets were among the greatest beneficiaries, as the respective indices increased by 5.9% and 5.5% in USD. Mexico lagged its regional peers, as the country’s stock index rose only 1.2% in USD during the week.
The Brazilian central bank held the policy rate at 6.50% and shifted to a more dovish stance. The MPC argued that the inflation outlook has softened, while economic recovery has proved to be slower than expected. The MPC added that meaningful progress with the pension reform is key to lowering the policy rate.
The Mexican Senate approved the bill for the USMCA. However, the bill has not been passed by the US yet. It is difficult to call whether the Trump administration will be able to find the common denominator with the Democrats to pass the bill before the August recess.
According to credit rating agency Fitch, Colombia is unlikely to lose its investment grade rating in the coming two years (rated BBB with ‘negative’ outlook by Fitch). Although Fitch has expressed concerns on the credibility of the Colombian government’s growth forecasts and ability to reach fiscal targets in 2020, the agency has given the administration time.
The Colombian central bank held the policy rate at 4.25% in a unanimous vote. The communique by the central bank remained more-or-less the same compared to the previous ones, as the tone of the post-decision statement remained broadly balanced.

AFRICA
MSCI Africa 830 +4.87%
Many of the African markets had a challenging week. The South African and Moroccan markets were the exceptions, as both countries’ benchmark indices rose, by 4.7% and 4.8% in USD, respectively. In contrast, the Nigerian and Egyptian markets performed poorly, as their respective stock indices declined by 0.9% and 1% in USD, respectively.
Headline inflation in South Africa was 4.5% YoY in May, while the core inflation gauge was 4.1% YoY. The headline inflation measures were at the midpoint of the inflation target range (3-6%). Core inflation, a measure that captures the underlying inflationary developments, indicates that inflation expectations have been anchored and demand-side pressures remain weak.
Should abating inflationary pressures prove to be persistent and broad-based, the central bank could find some room to decrease the policy interest rate in order to boost the cyclical recovery of the ailing South African economy. However, the central bank needs to be cautious not to upset local market sentiment.
During the second State of Nation Address (SONA) in South Africa, it was reaffirmed that Eskom’s already allocated fiscal support of ca. ZAR 230bn will be disbursed over the period of 10 years in a front-loaded manner. However, no exact details were released.
This week’s global market outlook is powered by Alquity www.alquity.com