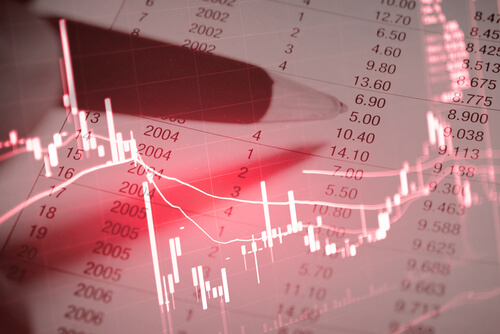 A WORLD OF DIFFERENCE
Incoming data continues to show global growth has good momentum. Indeed, a number of countries (for example US and Germany) appear to be at full capacity. This should be generating inflation, making it a straightforward job for central banks to raise rates. However, in the new world things are not so easy. First, wage growth is much lower than the historical “Phillips Curve” relationship. Second, commodity prices are subdued – reflecting extensive capacity build out over the last decade. Third, the extreme liquidity created by unconventional monetary policy has depressed even long-term yields, meaning a change in overnight interest rates could have much larger effects than usual. Last, the developed world is wrestling with lower potential growth than at any other time since the end of the Second World War.
In this spirit, last week the ECB struck a dovish tone and the BOJ extended the time horizon for reaching 2% inflation for the 6th time. This week there is an FOMC meeting at which the FED may announce the timing of their balance sheet reduction. More likely, they will stand pat as recent US data, (particularly inflation) has been somewhat softer than expected.

UNITED STATES
S&P 2,473 +0.54%, 10yr Treasury 2.23% -9.44bps, HY Credit Index 323 -3bps, Vix 9.88 -0.15Vol
US equities recorded modest gains last week, with every major index except the Dow Jones Industrial Average touching a new all-time high. This masked divergence at a sector level; technology out-performed after Netflix surged over 15% on better than expected subscriber numbers (the Nasdaq managed 10 up days in a row ending on Friday), whilst financials lagged due to disappointing trading revenues and weak mortgage refinancing volumes. This latter point is interesting as it shows some follow through from higher interest rates. Industrials and Energy stocks also finished in negative territory. More generally, after around a quarter of S&P 500 companies have reported Q2 earnings, EPS growth is running at a little over 8% (about half the pace of Q1).
Economic data was somewhat mixed – housing stats and the Leading Indicator Index surprised positively whist Empire State Manufacturing, Philly Manufacturing and import prices all missed expectations. This continued run of sub-par data, together with dovish central bank rhetoric elsewhere, pushed the yield on the US 10-year lower to 2.24% yield, giving up most of its recent gains. Also of interest, the National Association of Realtors reported foreign buyers accounted for a record 10% of all US home purchases by value in the year to March 2017, a 49% increase to USD 150.3bn of investment.
Meanwhile, in the Senate, the Republican’s again failed to repeal and replace Obamacare. This is significant as tax reform is unlikely to happen before healthcare is addressed. Moreover, Arizona senator John McCain was diagnosed with an aggressive form of brain cancer, which will reduce the 52-48 Republican majority to a wafer thin 3 votes.

In particular, he stated:

This prompted a fall in bond yields (particularly in the periphery) and, perhaps surprisingly, a continued strengthening in the euro to 2-year highs against the USD. In terms of equities, the export heavy Dax therefore underperformed.
In the UK, CPI inflation came in lower than expected (core falling to 2.4% from 2.6%), assuaging fears that the Bank of England may be about to raise rates. The pound nonetheless continued to weaken, back to levels last seen in November last year.

ASIA
HSCEI 1,082 +0.53%, Nikkei 1,997.00 +1.26%, 10yr JGB 0.07% 0bps, USDJPY 110.830 -1.20%
The BOJ in Japan kept its yield-curve control, asset purchases and interest rates unchanged on Thursday. However, there was a change to guidance, with the calendar forecast for its 2% inflation target moved for the 6th time to April 19 from April 18. The central bank also lowered its CPI targets for fiscal year 2017 to 1.1% (from 1.4%) and for fiscal year 2018 to 1.5% (from 1.7%).
In a further sign that nothing has fundamentally changed in Japan, the Cabinet Office published its latest “medium/long-term economic and fiscal estimates”. Even on deeply unrealistic assumptions such as the “economic revitalisation scenario” of 3% real economic growth, the country is not forecast to meet the government’s target of a primary balance by April 2020.
China’s GDP growth rate for Q2 came out ahead of expectations at 6.9% YOY, reaffirming views that the Chinese economy remains robust. The rest of the data batch was overall positive, with June’s retail sales (+11.0% YOY vs 10.7% in May), industrial production (+7.6% vs May’s 6.5%) and fixed asset investment (+8.6%, unhanged) all coming out ahead of the market’s expectations.
Bank Indonesia kept interest rates on hold at 4.75% for the ninth consecutive policy meeting, in line with expectations. Policymakers were constructive on the global economy (China and Europe, less so for the US) and commodity prices, though cited risks such as Fed balance sheet reduction as cause to remain vigilant. Domestic GDP growth forecasts for 2017 were left unchanged at 5.0%-5.4% YOY.
As the soap opera currently engulfing Pakistan’s political leadership drags on, the country’s external balance continues to deteriorate. The Supreme Court is continuing to investigate the Prime Minister’s family in conjunction with undeclared wealth, with impeachment before next year’s general election still a possibility. Meanwhile, Pakistan’s current account deficit for the 12 months to June 2017 grew 149% YOY to USD12bn, a near-decade high. This follows the central bank’s decision to allow the rupee (which has been pegged to the dollar for two years) to devalue by 3%, after which the central bank governor was fired. 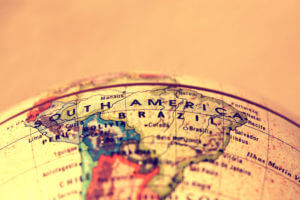 LATIN AMERICA
MSCI Lat Am 2,400 +4.33%
Brazil’s government made clear it would do whatever is necessary to end the year delivering the BRL 139Bn primary budget deficit it promised. It announced another BRL 5.9Bn spending cut and increased taxes over gasoline, diesel and ethanol (raising about BRL 10Bn).
The decision of the tax increase on those items is very well timed as inflation is below the central bank’s target range and oil price declines will offset the inflationary impact of this measure. This announcement also increases the credibility of the economic team. By making explicit the consequences of the absence of a pension reform (reduce discretionary expenses and/or increase taxes), Mr Meirelles is putting pressure on lawmakers to pass this long-awaited structural reform.
Peru’s GDP grew 3.39% YOY in May, mainly driven by a boost in fishing sector output. This brings YTD GDP growth to 1.96% YOY.
Colombia’s consumer confidence rebounded in June, reaching its highest level of the year at -11.7pts. This remains in negative territory and is aligned with the negative performance of retail sales thus far this year (-1.4% YOY YTD), amid the effect of the VAT hike approved in the tax reform, and the still high (although decreasing) interest rates and inflation. However, the indicator is finding a bottom and an improvement can be expected given that the disinflationary trend and an easing monetary policy, which will support real disposable income.
Colombia’s trade deficit declined 33% YOY in the January-May period, reaching USD 3.5Bn.
The current account keeps on adjusting following the COP devaluation.
S&P revised Mexico’s credit rating outlook to stable from negative, arguing that fiscal accounts are improving and downward risks on economic growth are moderating. The Mexican government re-affirmed its commitment to their fiscal consolidation efforts. Finance Minister Meade stated that S&P’s announcement reflects a “vote of confidence on the macroeconomic fundamentals and the good performance of the economy”.

AFRICA
MSCI Africa 884 +2.33%
South African CPI slowed to 5.1% YOY in June from 5.4% in May. The SARB used this as an impetus to stimulate the economy with a 25bps cut in its benchmark repo rate to 6.75%.
The South African Mineral Resources Minister proposed restricting the grant of new mining rights and the transfer of mineral rights between companies. This adds further uncertainty to mining within South Africa (a key source of inflows) and reverses the little progress made last week with the suspension of the new mining charter.
Nigerian CPI declined for the 5th consecutive month to 16.10% YOY from 16.25% in May, driven by stabilising non-food prices. The headline index increased 1.58% MOM (vs. 1.88% in May), bringing the cumulative inflation from January to June to 9.28%. The pressure on food prices has persisted with the basket increasing 19.91% in June from 19.27% in May.
Transactions in the Nigerian Central Bank’s FX window for investors and exporters rose 30.55% in one week. This brings the total volume traded at the window since its inception to USD 4.15bn.
The recent set of data suggests that there is increased confidence in the economy. However, the improvements are very much reliant on government coffers, oil prices and crude oil earnings (CBN injected an additional USD 195m into the inter-bank FX market in the last week). Incidentally, crude oil earnings decreased to N238.09bn in May from the N292.82bn in February. Federally collected revenue is as a result down by 13.42%, creating an estimated deficit of N397.74 bn.
The Kenyan central bank held its benchmark lending rate at 10%, citing a fall in inflation (MOM inflation fell from a five-year peak of 11.7% in May to 9.21% in June, largely due to a fall in food prices), relatively stable FX market, and narrower current account deficit and FX reserves. Regarding the upcoming 8th August election, the latest polls put the incumbent Kenyatta at 49% and Odinga at 44% with 7% undecided, leaving both parties short of the 50+ percent required to avoid a run-off.