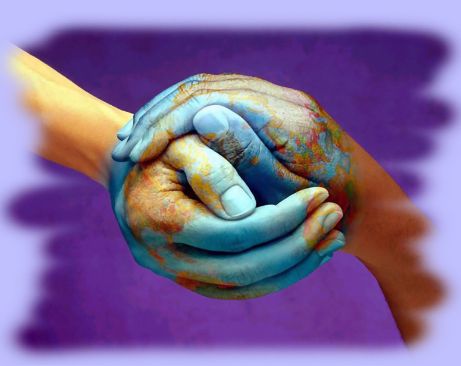 CHINA SNEEZES AND THE WORLD CATCHES A COLD
The coronavirus continues to dominate headlines. Although 21 Chinese provinces reported zero new coronavirus cases on the 22nd February, the number of new cases outside of China (such as South Korea, Italy, Iran, etc.) has been increasing. Italy has implemented a similar lockdown process to those used in China, mobilising the army to prevent movement in or out of the affected towns and stopping sporting and cultural events. The economic disruption brought about by the spread of the coronavirus could further dent global growth outlook – the severity and length being in the centre of the issue. To get a sense of the virus’ adverse impact on the macro environment, investors will most likely pay close attention to the official PMIs from China encapsulating economic confidence for February, industrial production data in South Korea, the South Korean central bank’s communique as well as foreign trade data in emerging Asian countries.

UNITED STATES
S&P 3,338 -1.25%, 10yr Treasury 1.39% -11.35bps, HY Credit Index 295 +11bps, Vix 23.73 +3.40Vol
Investors in the US became increasingly risk-averse during the week, due to the spread of the coronavirus outside of China. The broad market expects economic activity to be adversely impacted by the coronavirus, which was reflected in asset price movements. As a result, the majority of stock indices declined by the end of the week (S&P 500 down 1.3% in USD), whilst the US Treasury curve shifted downwards and flattened (the 2-year yield decreased 7bp to 1.35%, the 10-year dropped 11bp to 1.47%). The probability of rate cuts further increased, as the pricing by the Fed funds futures implies a 50bp rate reduction in two steps by the end of 2020.

ASIA
HSCEI 10,568 -0.93%, Nikkei 23,386.74 -2.97%, 10yr JGB- 0.06% 0bps, USDJPY 111.310 +1.75%
Deteriorating global investor sentiment weighed on Asian stock indices, as the vast majority declined by the end of the week. The South Korean index delivered one of the weakest performances, as the country’s benchmark declined 5.5% in USD. Chinese “A” shares (+3.6% in USD), the Bangladesh market (+3.5% in USD) and the Philippines index (+0.6% in USD) were among the exceptions, who managed to gain despite the spreading risk aversion.
The People’s Bank of China (PBoC) indicated that the one-year and five-year loan prime rates (LPRs) were lowered to 4.05% (from 4.15% previously) and 4.75% (from 4.80% previously), respectively. The step follows the central bank’s measures taken in early February, when shorter-dated interest rates were reduced. Later, the PBoC released the quarterly Monetary Policy Report, in which the monetary authority acknowledged the need to continuously monitor inflation developments, as the coronavirus ‘may disturb prices in the short term.’  The central bank cautiously signalled that it stands ready to provide further stimulus to the economy if warranted.
February foreign trade data in South Korea revealed some aspects of the actual economic impact of the coronavirus. Headline data do not call for outright pessimism just yet (the value of exports grew 12.4% YoY, whilst the value of imports rose 4.7% YoY), as underlying developments are largely masked by the fact that the number of working days in February 2020 was higher by three. Taking a look at the details, one can see that exports to China fell modestly, whilst imports from China contracted sharply, by 18.9% YoY. Although the recovery of semiconductor exports continued in an annual comparison, the value decreased relative to January – most likely dented by the coronavirus’ impact.
In the Philippines, the House of Representatives (the lower house of parliament) approved an amendment to the Public Service Act, which would allow full foreign ownership in the public services sector – covering services related to a range of fields, such as railroads, irrigation, communications, broadcasting and freight. Their main argument is that it would bring in more foreign investors, in turn boosting competition to the benefit of the public.
The amendment needs the approval of the Senate (the upper house) to be signed into law by the president, Rodrigo Duterte. The probability of passage is high, given that the amendment was initiated by Mr Duterte’s allies.
The central bank of Indonesia reduced the key policy interest rate by 25bp to 4.75%. The central bank left the door open for further monetary easing going forward.

LATIN AMERICA
Most stock indices in the Latin American region declined by the end of the week. The Peruvian (-1.5% in USD) and Colombian (-1.7% in USD) indices outperformed most of their regional peers.
The central bank of Brazil reduced the reserve requirement ratio from 31% to 25%. The measure was taken within the scope of ‘structural reduction of reserve requirements.’ In a separate event, the Congress in Brazil formed a Joint Commission, which would monitor the tax reform process. The Commission’s objective is to smooth the process of coming to a consensus between the Lower House and the Senate.
Real GDP growth in Peru slowed in 4Q19, to 1.8% YoY (from 3.2% YoY in 3Q19), taking the full-year GDP growth to 2.2% in 2019 (from 4.0% in 2018). The slowdown in the annual rate of growth is primarily attributed to a weakness in investment activity and public spending. As opposed to investments and public spending, household consumption growth remained solid and contributed to headline GDP growth in a meaningful manner.
Argentine economic activity contracted in 2019, the monthly GDP proxy index decreased by 0.3% YoY in December. As a result, economic activity declined by 2.1% in 2019, following a 2.5% contraction in 2018. Later, the IMF released a statement claiming that Argentina’s debt was unsustainable. Debt service capacity have deteriorated markedly given the large share of foreign currency public debt combined with the weakening of the peso and the sharp contraction of GDP, according to the IMF. The government targets to restructure public before the end of March.

AFRICA
Despite the deterioration of global investor sentiment, the Moroccan stock index managed to gain 1.5% in USD during the week. In this environment, the Egyptian benchmark declined 0.6% in USD. Due to the combination of global risk-aversion and local idiosyncratic issues, the South African benchmark declined 1.5% in USD.
The central bank of Egypt kept its power dry by holding the key policy interest rates stable. As a result, the midpoint of the interest rate corridor remains 12.75%.
Should inflation continue to hover at the lower end of the inflation target band (9% +/- 3%) in the coming months, the central bank will probably restart the monetary easing cycle by reducing interest rates.
Egyptian authorities confirmed that real GDP growth was 5.6% YoY in 2H19. According to the latest surveys, the median expectation for GDP growth is 5.8% for FY2020 (ending in June 2020) and 5.9% for FY2021 (ending in June 2021).
Credit rating agency Moody’s reduced South Africa’s 2020 GDP growth forecast to 0.7% from 1.5% set in September, partly due to the impact of rolling power outages on manufacturing and mining activity. The growth forecast adjustment by Moody’s stoked fears among investors that South Africa can lose its investment grade rating soon.
The International Monetary Fund (IMF) has cut its growth forecast for Nigeria this year to 2% from 2.5%, reflecting fears the coronavirus outbreak in China will hit demand for oil. The IMF said growth was still recovering, but inflation was rising which, along with external shocks, would weaken Nigeria’s foreign exchange reserves due to its deteriorating terms of trade and capital outflows.
This week’s global market outlook is powered by Alquity www.alquity.com