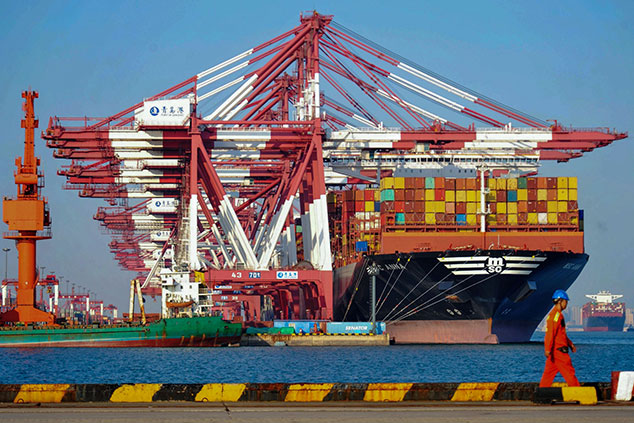 A NEW HOPE: THE US-CHINA TRADE NEGOTIATIONS MAY CONTINUE IN OCTOBER
There is a chance that trade negotiations can become more constructive between the US and Chinese administrations in October, as both sides indicated on Saturday that the trade talks may continue and are willing to work towards a consensus. Deputy level trade talks started in Washington last week, making preparations for high-level talks negotiations in the first half of October (before 15th October, when a new round of tariffs hike kicks in). The hope is that the two sides could lay the ground for an interim trade deal in October, which could include a restart of Chinese purchases of agricultural goods in exchange for President Trump delaying and/or reducing some tariffs on Chinese goods flowing to the US. Changes to intellectual property rights is also said to be on the table for such an interim deal.

UNITED STATES
The Federal Reserve reduced the Fed funds rate by 25bp, in line with expectations. As a result, the range of the Fed funds rate is now at 1.75-2.00%. According to the FOMC’s written statement, the Committee was split on the policy decision, as two members voted for keeping the Fed funds rate unchanged, whilst there was one person who would have found a 50bp rate cut more appropriate. It was interpreted that Chair Powell did not give clear guidance on the magnitude of further interest rate reductions, as the Committee decided to stick to a data dependent approach.
Currently, the pricing by the futures market implies that the Fed funds rate range could arrive at 1.25-1.50% by 2Q20. By the end of the week, the yield curve shifted downwards (the 2-year Treasury yields eased to 1.68%, whilst the 10-year decreased to 1.72%), whilst the S&P500 declined 0.5%.

EUROPE
Stock markets in the Euro Area and the UK had a challenging week, as the vast majority of the stock indices in the largest economies declined (in USD terms). Despite the spike in oil prices at the beginning of the week, inflation expectations in the Eurozone decreased, which in turn brought down sovereign yields (the 10-year German yield slipped to -0.52%).

The Indian Finance Minister announced a substantial reduction in the corporate income tax (CIT), which means that the rate will decrease from the current 30% to 22% (effective of 1st April 2019) – releasing a meaningful amount of USD 20bn for domestic companies (ca. 0.7% of GDP according to our estimate). As a result of the new CIT framework, the effective CIT rate (which encapsulates the CIT and all administrative levies for corporates) will be 25.2%, on par with many of India’s emerging Asian peers, such as Indonesia, China, South Korea, Malaysia, etc. Following the Finance Minister’s statement, the RBI governor publicly commended the step and emphasised that the central bank will carry on with its rate cutting cycle.
The central bank of Indonesia cut the policy rate by 25bp to 5.25% and loosened certain macroprudential rules to spur lending activity, for example down payment regulations for selected property and vehicle loans. According to the statement released by the MPC, the stance of monetary policy will remain accommodative and the rate cutting cycle is highly likely to continue in the coming months.

LATIN AMERICA
The abrupt increase in oil prices impacted stock markets in Latin America. Whilst the Brazilian and (-1.7% in USD) and Peruvian (-1% in USD) ones declined, the Mexican (+1.3% in USD) and Chilean (+0.4% in USD) markets performed well during the week.
The Brazilian central bank cut the policy rate by 50bp to 5.50% in a unanimous decision. The statement indicates that an additional 50bp reduction is likely in October. The statement implies that the MPC’s decision to further ease financial conditions would not be overridden by weakness in the exchange rate.
Argentina’s real GDP growth reached 0.6% YoY (0.3% QoQ) in 2Q19, as the contribution by net trade turned positive. Domestic demand decreased in annual terms 8.9% YoY but grew relative to the previous quarter by 0.6%. Imports declined by 22.7% YoY, primarily due to significantly weaker peso. In contrast, exports increased by 15% YoY, mainly driven by impact of a good soy harvest. In a separate event, the Argentine government submitted a bill to Congress to renegotiate public debt governed by local law. The bill would provide ‘the necessary tools to promote a voluntary maturities extension of the debt under local law.’
Peruvian economic activity visibly strengthened in July, as the monthly GDP proxy grew 3.3% YoY. The acceleration of economic growth was supported mainly by the improvement in agricultural and mining activities. Meanwhile, construction output grew 4.6% YoY and services activity increased 3.9% YoY.
Domestic demand in Mexico weakened 1.1% YoY in 2Q19, due to a deterioration in investment activity, whilst household consumption remained soft.

AFRICA
Risk aversion in African stock markets intensified during the week, as the majority of the stock indices declined: Morocco (-2% in USD), South Africa (-4.2% in USD) and Egypt (-7.4% in USD). The decrease in Egypt’s benchmark index was partly due to idiosyncrasies, i.e. small anti-government protests in Cairo and other cities.
Inflation in South Africa remained below the central bank’s inflation target, as headline CPI inflation was 4.3% YoY in August. Meanwhile, retail sales volume growth surprised negatively, as the annual rate of growth slowed to 2% YoY in July. Despite the below-target inflation and the protracted weakness in domestic demand (encapsulated by retail sales), the central bank kept the policy rate stable at 6.50%. According to the MPC’s assessment, the balance of risks to growth and inflation is broadly symmetric, which implied no change in the course of monetary policy.
Inflation in Nigeria stagnated at 11% YoY in July. Details showed that food inflation has slightly slowed (to 13.2% YoY), however, not enough to bring the headline gauge below 11%. As inflation hovered well above the central bank’s inflation target range of 6-9%, the Monetary Policy Council decided to keep the policy rate stable at 13.50%.
This week’s global market outlook is powered by Alquity www.alquity.com

Please note that due to technical difficulties, this week’s market data cannot be displayed. We apologise for any inconvenience caused.