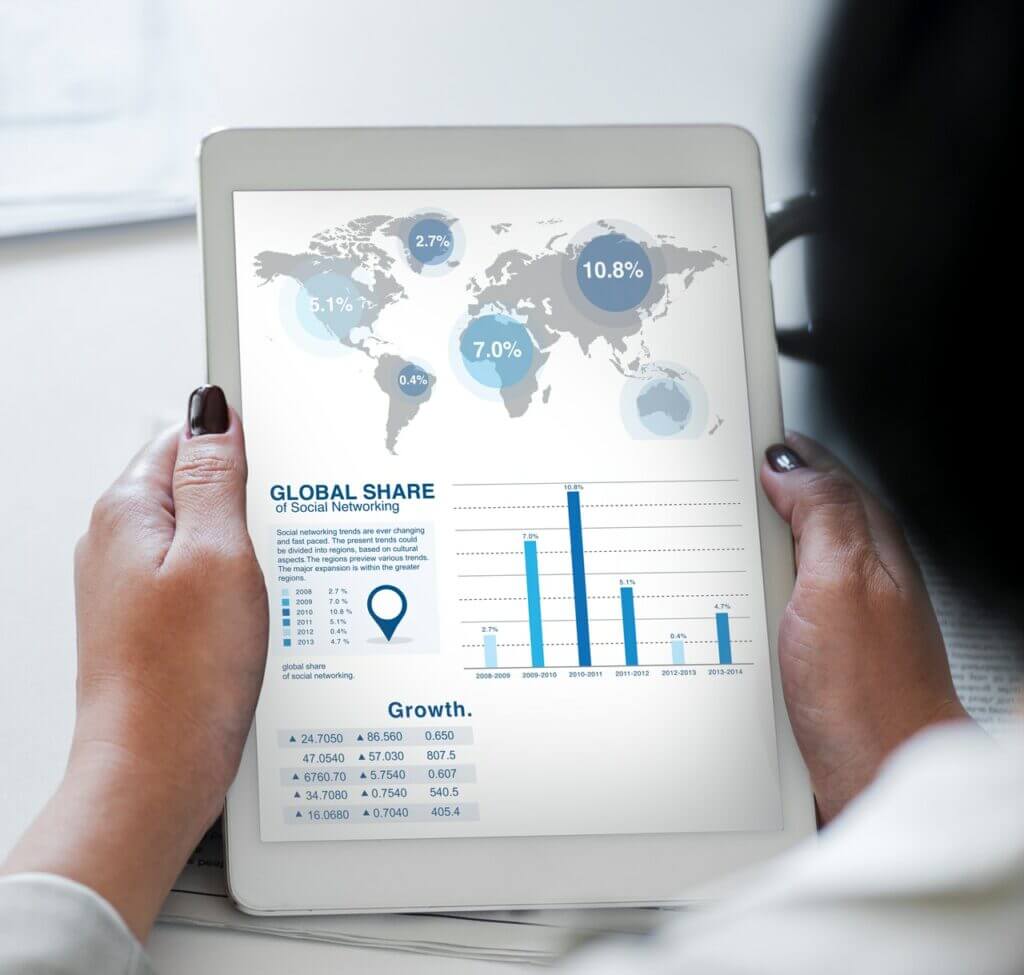 THERE ARE REASONS TO BE OPTIMISTIC ABOUT GLOBAL GROWTH
Economic activity data in China for the first quarter of this year came in stronger than the market’s expectations: real GDP growth was 6.4% YoY, maintaining a steady pace compared to the previous quarter. Furthermore, monthly macroeconomic data, such as industrial production growth (+8.5% YoY in March) surprised positively as well, since industrial output expansion hit a new, 4.5-year high. Both activity indicators support the view that global market sentiment has become excessively and unwarrantedly pessimistic on global growth prospects. This week sees evidence coming out on how the US economy held up in 1Q19.

UNITED STATES
S&P 2,908 -0.08%, 10yr Treasury 2.58% -0.55bps, HY Credit Index 328 -1bps, Vix 12.64 +.08Vol
Stock indices in the US delivered a mixed performance, as the S&P 500 was flat on the week. In spite of the lacklustre performance during the week, the index rose by 15.9% since the beginning of the year. Meanwhile, the broad dollar index (DXY) increased by 0.4% and the yield curve remained broadly unchanged, as the 2-year Treasury yield was 2.38% and the 10-year 2.58%.
Industrial production fell by 0.1% MoM in March, while manufacturing production was flat on the month. In contrast, retail sales growth was very strong in March, as the monthly growth rate hit 1.6%. Retail sales growth was broad-based.
Looking forward: Investors will be excited to receive the 1Q19 GDP growth statistics on Friday.

EUROPE
Eurostoxx 3,494 +0.87%, German Bund 0.05% -3.00bps, Xover Credit Index 247 -2bps, USDEUR .889 +0.47%
The German DAX index was one of the best performers in the Eurozone, as the index rose 1.2% in USD terms. The German benchmark was followed by the French (+0.8% in USD) and the Spanish indices (+0.6% in USD), while the Italian stock index declined by 0.2% in USD. During the week, the euro depreciated against the dollar by 0.5%. Within the fixed income space, German Bund yields eased by 1-3bp, and as a result the 10-year German yield decreased to 0.03%. In contrast, the 10-year sovereign Italian yield rose by 6bp to 2.6%.
ECB President Draghi said that the current slowdown in the Euro Area could last throughout 2019. The President added that the Governing Council stood ready to act as needed should economic developments warrant it.
The Eurozone composite PMI index edged down from 51.6 in March to 51.3 in April. The manufacturing PMI was 47.8, indicating further industrial output contraction ahead in the Eurozone. The services PMI fell by 0.8 points to 52.5.
Retail sales volume in the UK grew by 1.1% MoM in March, bringing the growth rate to 1.5% QoQ in 1Q19 – following a flat print in 4Q18.
Looking forward: There are barely any relevant macro data in the economic diary this week. The report for public finance will be published in the UK. Later, the ECB Vice President Guindos delivers a speech in New York.

Foreign trade deficit in India rose to USD 183.5bn in FY2019, due to the 29.8% increase in the oil import bill. Underlying developments remained healthy, as non-oil imports grew by 4.5%, slower than the 8.6% growth in the value of non-oil exports.
The central bank of South Korea kept the policy rate stable at 1.75%. According to the governor, the MPC expects inflationary pressures to intensify at the back-end of the year, which rules out rate cuts. The governor also highlighted the MPC’s concerns on risks related to the build-up of financial imbalances.
Incumbent President Jokowi is likely to have secured a second term, according to unofficial exit polls conducted by private firms. The Elections Commission must complete the manual count and announce the official results by the 22nd May.
Looking forward: The Asian economic diary is relatively light this week. Foreign trade data are to be released by Sri Lanka, Taiwan, South Korea and Thailand. South Korea will publish 1Q19 GDP growth statistics and Vietnam is scheduled to release its broad set of macroeconomic indicators for April. The Indonesian central bank is expected to keep the policy rate stable at 6%.

LATIN AMERICA
MSCI Lat Am 2,759 -0.17%
The Mexican stock market delivered one of the strongest performances during the week, as the country’s broad stock index rose 1.5% in USD. Meanwhile, Colombia (-4.2% in USD) and Peru (-0.8% in USD) underperformed their regional peers.
In Brazil, the first draft of next year’s federal budget was unveiled. The primary deficit target (i.e. the budget balance excluding interest expenditures) was set at 1.6% of GDP. Government estimates take into account the full approval of the pension reform draft and the minimum wage adjusted for past inflation. Meanwhile, the Brazilian Lower House’s Constitutional Committee (CCJ) postponed a vote on the pension reform report to the 23rd April. The voting could be subject to further delays, as it depends on an agreement between the government and the centre parties, whose representatives are the pivotal voters at CCJ. According to the press, the report’s negotiations have not affected the potential fiscal savings, thus far.
Headline inflation in Argentina exceeded expectations in March, as consumer prices rose 4.7% MoM. The annual figure marked a new record at 54.8% – the highest figure in 27 years. Core inflation accelerated as well, to 4.6% MoM.
The Chilean central bank’s minutes reaffirmed the view that rate hikes remained in the pipeline. However, as long as inflation remains subdued, the pause in the tightening cycle may take longer than previously expected. The MPC was unanimous in its decision to keep the policy rate stable in March.
Looking forward: Several relevant monthly macroeconomic indicators are going to be released this week, such as the Brazilian current account and inflation, Mexican retail sales, unemployment rate and economic activity index. At the end of the week, the Colombian central bank is expected to keep the policy rate stable at 4.25%.

AFRICA
MSCI Africa 851 +1.08%
Nigeria was the brightest spot in the African universe during the week, as the country’s benchmark index rose 2% in USD terms. The Nigerian index was followed by the Moroccan (+0.8% in USD) and the South African indices (+0.6% in USD). In contrast, Kenya (-2% in USD) and Egypt (-0.9% in USD) under-delivered.
Credit rating agency Moody’s upgraded Egypt’s sovereign rating to “B2” grade, citing ongoing economic reforms will help improve its fiscal position and boost economic growth. The upgrade by Moody’s is not too much of a surprise given that the agency kept the country’s outlook at “positive.”
Retail sales growth in South Africa slightly slowed, to 1.1% YoY in February. Meanwhile, the report for inflation revealed that consumer prices rose by 4.5% YoY in March, climbing by 0.4ppt since February, due to increasing gasoline costs. During the week, Moody’s released a statement emphasising that there were pronounced downside risks to South Africa’s GDP growth outlook.
The Kenyan central bank does not “agree with the IMF’s assessment” that the shilling is about 17.5% overvalued, according to Governor Njoroge. The IMF last year reclassified the shilling from “floating” to “other managed arrangement” to reflect the currency’s limited movement due to periodic central bank interventions.
Real GDP growth in Ghana reached 6.3% in 2018, exceeding the IMF’s forecast of 5.6%. In the last quarter of 2018, GDP growth was 6.8% YoY, despite oil and gas production contracting by 7.2% YoY.
Looking forward: The economic diary in Africa is very light for the week: the release of Kenya’s 4Q18 GDP statistics will be followed by South Africa’s PPI inflation metrics from March.
This week’s global market outlook is powered by Alquity www.alquity.com