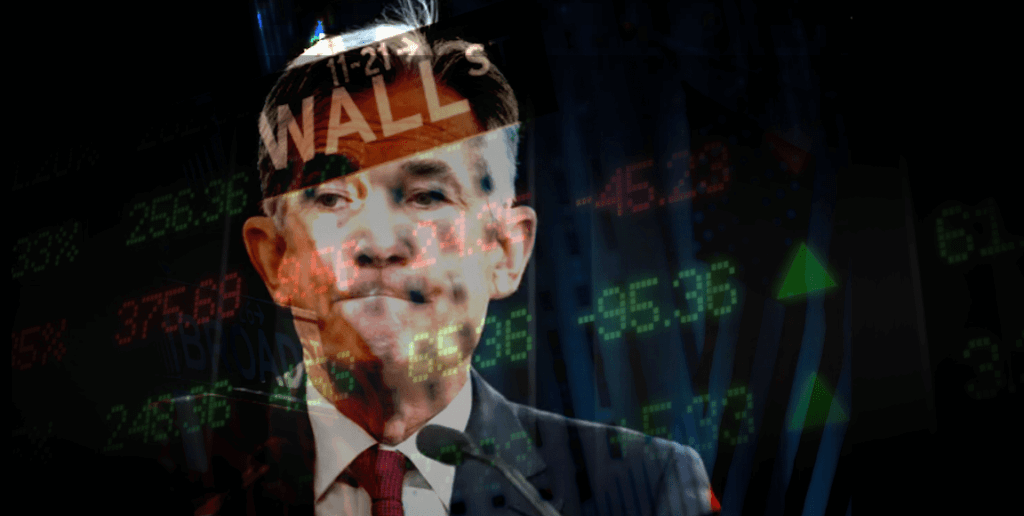 THE FED HAS RECALIBRATED MARKET EXPECTATIONS

The Fed made it clear that interest rates are going to stay at the zero-lower bound at least until 2024. This was probably no surprise to anyone. On the other hand, the message also included a firm(er) guidance on the prospects for the QE programme: the Fed Chair ruled out the further expansion of the scope and size of asset purchases, should the economic recovery stay on course. Under current circumstances, investors may re-focus their attention on the US administrations’ efforts to draw up bill on additional fiscal support as well as the upcoming Presidential election (3rdNovember). According to the latest polls, Mr. Biden maintains a 4-11-point lead over President Trump (according to the polls referenced by the New York Times). The question is whether the potential win of the popular vote translates into a sufficient number of electoral votes for Mr. Biden to take over the steering wheel. 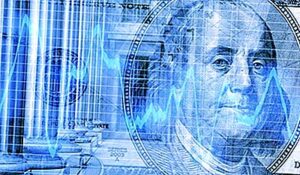 Investor sentiment in US stock markets was mixed during the week, which drove major indices down, such as the S&P 500 and the tech-heavy Nasdaq Composite – both losing 0.6% of their respective values. The moves were primarily due to a selloff in the tech space. As opposed to them, the small cap-biased Russell 2000 gained 2.6% by the end of Friday. Meanwhile, Treasury yields slightly rose, the 2-year yield increased 1bp to 0.14%, whilst the 10-year edged up 3bp to 0.69%.

European stock indices were a mixed bag, due to the concerning economic outlook in the Eurozone in the context of a hesitant European Central Bank. The flat Spanish stock index (in USD terms) was a relative outperformer compared with the German (-0.4% in USD), French (-0.9% in USD) and Italian (-1.3% in USD) benchmarks. As opposed to its continental peers, the UK’s FTSE 100 rose 0.9% in USD by the end of Friday. Meanwhile, in emerging Europe, the Polish stock index declined 1.7% in USD during the week.

The central bank of Poland kept the key interest rate stable at 0.1%. In its post-decision statement, the Monetary Policy Council reaffirmed its commitment to the maintenance of an accommodative stance to help speed up the post-pandemic recovery. Later during the week Bloomberg reported that the ruling coalition is at risk of a dissolution over a contested proposal by the largest coalition party, Law and Justice (PiS). The bill would grant immunity to government officials, who break the law while fighting the coronavirus pandemic. A bill was drawn up after the Prime Minister broke the law during the pandemic, according to a local court. As a result of a coalition dissolution, there would be a minority PiS-government and most likely snap elections.

Industrial production volume in Russia slightly rose in August, by 0.5% MoM, which translates into a 7.2% YoY decline. The moderate month-on-month improvement is mainly attributed to the recovery in commodity extraction (including crude oil and natural gas). On the other hand, manufacturing weakness deepened in August. Despite the weak industrial data, the central bank maintained the key interest rate at 4.25%, prioritising exchange rate stability in the short term. 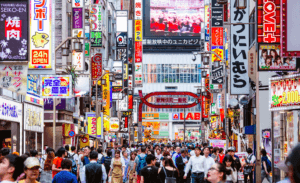 Asian stock markets fared well during the week, as the vast majority of the relevant indices rose by the end of Friday trading. Chinese “A” shares (+3.4% in USD), the Indonesian index (+3.1% in USD) and the South Korean benchmark (+2.7% in USD) were among the best performers.

According to the August macroeconomic indicators, economic activity further in China:

It is encouraging that the demand side of the economy (captured by retail sales) has finally started to catch up to the supply side’s robust momentum.

Positive signs of a new push for reforms have appeared on India’s horizon, as the Parliament approved two agriculture bills removing restrictions on marketing farm products and allowing cultivators to deal directly with private companies to sell their crops. In a separate event, consumer price inflation metrics were released, which showed that CPI inflation in India eased to 6.7% YoY in August, as food inflation slowed. As agricultural harvest comes in and thus food supply expands in the next few months, food price inflation will further dive, driving the headline gauge. Furthermore, after the conclusion of the festival season, disinflation could gain traction on a broader basis. Depending on the magnitude of disinflationary forces, the central bank (RBI) might just find additional room for policy manoeuvre later this year (e.g. cutting interest rates).

Central banks in Taiwan and Indonesia maintained their respective key interest rates, at 1.125% and 4%. The Taiwanese monetary authority opted for the maintenance of the status quo as it sees the country’s growth outlook bright enough with real GDP growing 1.6% in 2020 and 3.3% in 2021. Meanwhile, its Indonesian counterpart chose not to cut the key rate to contribute to the rupiah’s stability.

A two-week, less restrictive lockdown was imposed on Jakarta on Monday in an attempt to curb the spread of the coronavirus. The move is unlike the large-scale lockdown in April, since now all companies – including non-essential ones – can continue to operate. However, non-essential companies can only allow 25% of their employees back in offices. The administration of Indonesia’s capital is preparing three strategies to help economic activity in the region recover – for micro, small, and medium enterprises in particular. The stimulus packages include the relaxation of the process of business licensing for micro-sized enterprises, the provision of credit for new entrepreneurs and economic recovery funds.

The President of the Philippines signed the second stimulus package into law (the so-called Bayanihan 2 pandemic recovery act). The size of the package is just 0.8% of GDP. The bill also allows the central bank to purchase government bonds directly from the Treasury, up to 30% of average annual government revenues (an increase from the previous 20% limit). 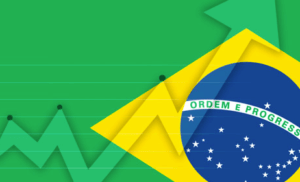 The growing risk-aversion in the US markets spilt over into Latin America, which weighed on the regional country stock indices. In this environment, the Chilean market (+1.4% in USD) delivered one of the strongest returns, followed by Peru (+0.8% in USD), whilst the relevant Brazilian index was down 0.3% in USD during the week.

Economic activity in Brazil improved 2.2% MoM in July, slowing from 4.9% MoM in the previous month. In an annual comparison, the economy shrank 4.9%. As opposed to Brazil, the magnitude of the recession remains in the double digits in Peru, as the monthly economic activity indicator showed a 11.7% fall in July. The pattern is similar to Peru’s in Colombia, where retail sales continued to steeply contract, by 12.4% YoY in July, whilst manufacturing output was 8.5% below the level observed a year ago.

President Bolsonaro announced that he no longer intends to retain the ‘Renda Brasil’ social welfare policy when it runs out at the end of this year. The decision is a welcome one from a fiscal sustainability point of view, as the programme would have led to the breach of the spending cap in 2021.

The Brazilian central bank kept the key interest rate stable at 2% and remained on a dovish stance, suggesting that the policy rate can remain at its current level throughout 2021 if Brazil’s fiscal accounts remain stable enough.

Argentina’s government tightened capital controls in an attempt to keep the peso’s exchange rate as stable as possible in the short-term. According to the decision, an additional 35% tax will be imposed on dollar purchases on top of the existing 30% levy. The government’s behaviour bears resemblance to the Argentine experience between 2011 and 2015, when the introduction of capital controls deterred capital inflows.

Last week, Peru’s congress set in motion impeachment proceedings against President Vizcarra, as well as a motion to censure Finance Minister Alva. Opposition parties in Congress claim that the President obstructed a graft probe, and that the Finance minister did not do enough to support the economy to shield it from the damaging impact of the Covid-crisis. In the end, Congress rejected the censure against the Finance Minister and the majority of lawmakers voted against the initiation of an impeachment process against the President.

According to the minutes of the Chilean central bank’s most recent rate setting meeting, the key interest rate (currently at 0.50%) will not change for ‘several quarters.’ The Monetary Policy Council saw signs of economic stabilisation, and thus no extraordinary measures are required to keep the economy going. 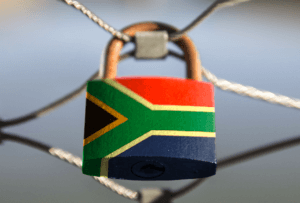 With the exception of the South African TOP 40 index (+0.4% in USD), most regional benchmarks declined during the week – including the Egyptian Hermes index (-0.3% in USD).

South Africa is transitioning from a less stringent form of lockdown on the 21st September, from Level 2 to Level 1. About 95% of the economy will be allowed to re-open (vs. about 85% under Level 2). International travel may resume on the 1st October.

South Africa’s government, business groups and labour unions said they agreed on a pact to turn around Eskom, a state-run power utility company, according to Bloomberg. One of the key elements is the debt reduction, which amounted to ca. 8.5% of South Africa’s GDP in 2019. The company’s operating will also be overhauled.

The central bank in South Africa kept the key policy rate stable at 3.50%. The decision was a close one as only a thin majority, three out of the five members voted for the maintenance of the policy rate. Future decisions will depend on the incoming economic activity data and inflation prints.

Consumer price inflation in Nigeria further accelerated in August, to 13.2% YoY (vs. the central bank’s target range of 6-9%). The upswing from 12.8% YoY in July was broad-based, since this time not only food prices contributed to the rise, but also housing and transport prices. This puts the central bank in an even more uncomfortable situation regarding its next move: above-target inflation would require tighter monetary conditions (through higher interest rates), whilst the weak economy would call for further support (by lowering interest rates).