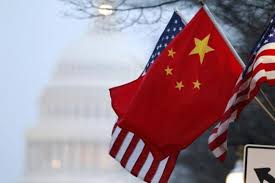 WILL THE QUARREL EVER END?
Last week we pointed out that global investor sentiment deteriorated because of the escalating trade tensions between the US and China, despite the release of encouraging macroeconomic data from the two countries. During the week, risk aversion further intensified as the world’s two largest economies continued to play ‘tit-for-tat.’ As tensions further escalated, several media outlets sounded the alarm that China could off-load a vast amount of US Treasuries to push back against an increasingly impatient President Trump. There is a bright side though, which remains underappreciated by the market: the Fed and the PBOC have a pretty good excuse now to maintain accommodative financial conditions in an environment where inflation remains benign and GDP growth decent.

UNITED STATES
S&P 2,860 -0.76%, 10yr Treasury 2.41% -7.63bps, HY Credit Index 352 +1bps, Vix 15.89 -.08Vol
During the week, the greenback stole the show, as it appreciated like there was no tomorrow: the broad DXY index rose 0.7%, bringing the year-to-date gain to 1.9%. Much of the strength is explained by the devaluation of the Chinese renminbi, which lost 1.4% of its value vis-à-vis the US dollar during the week. As the dollar strengthened, safe haven flows intensified and drove US Treasury yields down massively, as the whole curve shifted downwards. By the end of the week the 2-year yield eased 7bp to 2.20%, while the 10-year yield decreased by 8bp to 2.39%. In this risk-averse environment, the S&P 500 declined by 0.8% and the Nasdaq Composite decreased by 1.3%. Despite the fact the US stock market struggled in the last couple of weeks, year-to-date gains remain hefty (S&P500 up by 14.1% YTD, Nasdaq Composite up by 1.8% YTD).

EUROPE
Eurostoxx 3,416 +1.26%, German Bund -0.08% -5.90bps, Xover Credit Index 282 -3bps, USDEUR .896 +0.65%
European stock markets weathered the dollar strength quite well, as stock indices in the four largest Eurozone economies gained in USD terms: the Italian benchmark rose 0.5%, the German index was up 0.8%, the Spanish one gained 1.1%, while the French index increased 1.4%. In contrast, the UK’s stock index declined by 0.3% in USD terms, as the sterling lost ground during the week vs. the greenback.  Intensifying safe haven flows pushed government bond yields further down, and as a result, the 10-year German government bond yield declined by 6bp to -0.10%.

ASIA
HSCEI 10,620 -2.23%, Nikkei 21,301.73 -0.69%,10yr JGB- 0.04% 0bps, USDJPY 110.120 +0.25%
Asian markets had a challenging week due to the escalation of trade tensions between the US and China. As a result, the MSCI Asia Pacific ex. Japan index declined 3.5% in USD by the end of the week. Vietnam (+2.4% in USD) and India (+0.7% in USD) were the brightest spots within the Asian universe, as both countries’ reference indices rose, despite the risk averse investor sentiment. In contrast, the Indonesian stock market was among the poorest performers (-7% in USD).
According to the exit polls, incumbent President Modi’s BJP party won the elections in India. It is very likely that the BJP is going to have a stable majority without losing any seats.
This outcome is highly positive for the market, as concerns about the present government retaining office can be put to rest. In other words, the Modi-led government can carry on with its reform agenda further enhancing India’s growth potential.
Consumer price inflation in India was 2.9% YoY, while wholesale price inflation was 3.1% YoY in April. CPI inflation remained subdued (below the RBI’s target) due to broad-based disinflation in a wide range of products.
Chinese macroeconomic data for April were released:

All three data points were weaker than the median market estimate. It is now up to the PBOC to decide whether the degree of moderation call for further targeted monetary policy easing measures.
The People’s Bank of China verbally intervened during the weekend citing that the central bank has ‘the confidence and ability to maintain FX market stability.’ In addition, the PBOC stands ready to ‘adopt necessary counter-cyclical adjustment measures and enhance macro prudential management.’

LATIN AMERICA
MSCI Lat Am 2,527 -4.86%
Investor sentiment soured in Latin America, as the US dollar strengthened. Consequently, the MSCI Latin America index decreased by 4.9% in USD by the end of the week. The Brazilian market received the largest blow, as the country’s reference index declined by 6.9% in USD. In contrast, the Mexican market outperformed its regional peers, as the country’s reference index was flat in USD terms.
The central bank of Mexico kept the policy rate steady at 8.25% in a unanimous decision. The MPC acknowledged the recent acceleration in inflation and claimed that it may be transitory in nature. The corresponding minutes did not strike a more dovish tone, as members pointed out the persistent upside risks to inflation.
A rate cut in the next couple of months is rather unlikely, but cannot be ruled out in the second half of the year, should inflationary pressures ease and/or economic activity further falter.
Real GDP growth in Peru was 2.3% YoY in 1Q19, driven mainly by the non-agricultural sector. Construction activity recovered and grew fast, while services activity and manufacturing output growth was steady.
The monthly GDP proxy index in Brazil decreased by 0.3% MoM (in seasonally adjusted terms), underwhelming the median market expectation. On a quarterly basis, the index implies a 0.7% contraction in economic activity throughout 1Q19.
Colombian economic activity increased by 2.8% YoY in 1Q19, matching the pace seen in the previous quarter. In the first quarter of 2019, construction activity contracted sharply, weighing on headline GDP growth.

AFRICA
MSCI Africa 792 -3.65%
African stock markets delivered a mixed performance during the week. The South African (-2.6% in USD) and Egyptian (-1.9% in USD) were among those African markets that were affected to a great extent by the USD strength. In contrast, the Nigerian stock index was flat (in USD terms) on the week, while the Moroccan gained 0.7% (in USD).
The IMF reached an agreement with Egypt in its final review of the country’s economic reform programme, unlocking the final USD 2bn tranche in financial aid. According to the IMF, Egypt was on track to achieve its three-year fiscal consolidation objective of 5.5% of GDP in the primary balance (excluding net interest expenses). The progress the country has achieved by the implementation of the structural reforms is also reflected in the sharply declining unemployment rate, which was 8.1% in 1Q19, 2.5%ppt lower than a year ago and 0.8ppt lower than in the previous quarter.
South African President Ramaphosa said in a speech that the ANC-led government will speed up economic reforms to move the country ‘out of a low growth economic scenario.’ The Ramaphosa-led government will need to take swift and decisive steps in order to mend the economy’s ailments, such as very high unemployment rate (27.6% in 1Q19) or depressed domestic demand (retail sales volume growth at 0.2% YoY in March).
This week’s global market outlook is powered by Alquity www.alquity.com