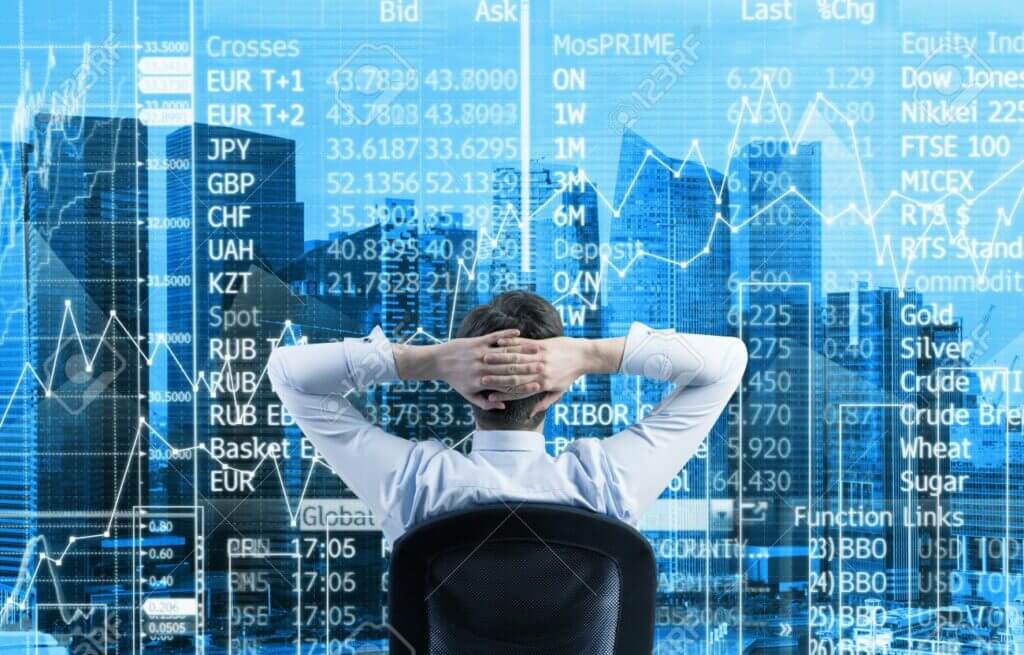 EARNINGS SEASON AND PMIs TO DRIVE GLOBAL MARKETS
Policymakers globally kept working on schemes to bolster their respective economies debilitated by the nCOVID-19 pandemic. In the US, House Speaker Pelosi and Treasury Secretary Mnuchin were optimistic about reaching a deal to top up funds in a loan programme aimed at helping small businesses stay afloat. In the Euro Area, central bank officials have held early talks with the European Commission on setting up a Eurozone bad bank that would take billions of euros in debt off banks’ balance sheets (according to the Financial Times’ report). Meanwhile, in China, the government announced it was selling another CNY 1tn (about USD 141.3bn) in bonds to ramp up payments for stimulus spending.
Oil prices extended their slide, falling to the lowest in more than two decades, as output cuts promises left investors unconvinced so far that the demand-supply imbalance could subside in the near term. In addition, crude oil storage capacity is quickly running out, according to the latest reports. As a result, WTI futures for May delivery fell to around USD 15/bbl (at the time of writing on Monday morning).
Looking forward, earnings season will provide investors with a look at just how much the pandemic has impacted businesses, as the global economic diary remains relatively empty for the week. Two relevant macro data points are due out this week, namely; PMIs for developed countries (including the US, Euro Area and the UK) and South Korea reveals its 1Q20 GDP statistics.

ASIA
HSCEI 9,823 +0.08%, Nikkei 19,669.12 +2.78%,10yr JGB 0.02% +0bps, USDJPY 107.690 -0.71%
Emerging Asian stock indices gained during the week. The Pakistani, Philippine, Taiwanese and Vietnamese rose over 4% in USD by the end of Friday trading hours, followed by the Indian midcap index (+3% in USD).
Real GDP growth in mainland China contracted 6.8% YoY in 1Q20 following the coronavirus outbreak that centred in Wuhan – the biggest decline since the end of the Cultural Revolution in 1976. Economic activity data were published as well: industrial production declined 8.4% YoY, retail sales contracted 19% YoY (driven by items such as clothing, autos, furniture, etc.), whilst fixed asset investments were down 16.1% YoY in 1Q20. Meanwhile, foreign trade data showed that exports decreased 6.6% YoY, whilst imports shrank 0.9% YoY in March.
Consumer price inflation in India slowed to 5.9% YoY in March. As a result, the headline inflation gauge returned to the central bank’s 2-6% inflation target range. Easing food price inflation – led by vegetables, fruits, etc. – largely explain the deceleration. Later, the central bank of India (RBI) announced a wide range of measures to support the economy and the domestic financial system. Measures were taken to incentivise banks’ lending activity, provide adequate liquidity to the financial sector and thus shore up the economy.
The Philippine central bank reduced its policy rate by another 50bp to 2.75% at an unscheduled monetary policy meeting, bringing the key policy interest rate to a new record low. The central bank left the reserve requirement ratio unchanged at 12%. The reduction in the key interest rate came as a response to deteriorating business confidence and weakening prospects for remittances inflows.
Following the landslide victory of the ruling Democratic Party of Korea at the general elections, the Ministry of Economy and Finance released its second supplementary budget this year to combat the negative economic impact of the coronavirus. The additional funding will primarily benefit 70% of households, i.e. 14.8mn households will receive around USD 820 in additional income. Including the second supplementary budget, the central government’s fiscal deficit will rise to 4.3% of GDP in 2020 (vs. 2.8% in 2019).
The Pakistani central bank reduced the key policy rate by an additional 200bp to 9% in response to the worsening economic outlook brought about by the coronavirus outbreak. The MPC noted that it ‘remains ready to take whatever further actions become necessary in response to the evolving economic impact of the Coronavirus.’ The MPC highlighted that this rate cut would complement other measures recently taken by the central bank to support the economy, including concessional financing to companies that choose not to lay off workers, one-year extension in principal payments and concessional financing for hospitals and medical centres.

LATIN AMERICA
Investors sentiment in Latin American stock markets was mixed during the week. Whilst the Mexican and Peruvian benchmarks gained during the week (+1.3% and +2.3% in USD, respectively), other stock indices, such as the Brazilian (-2.9% in USD), declined.
The monthly economic activity index in Brazil rose 0.6% YoY in February. Significantly lower commodity prices contributed to the slowing Brazilian growth in January and February through weaker exports performance, as commodities represent about 45% of merchandise exports.
The monthly GDP proxy index in Peru rose 3.8% YoY in February, following a 3% YoY growth in January. The acceleration in economic growth was primarily driven by construction and mining activities.
Credit rating agency Fitch downgraded Mexico’s rating to ‘BBB-‘ from ‘BBB.’ According to the agency, the economic shock represented by the COVID-19 pandemic will lead to a severe recession in Mexico in 2020. Furthermore, the deterioration of the business climate will make the recovery in the second half of the year more challenging. Fitch also emphasized that in the absence of a fiscal response to the economic recession, general government debt-to-GDP is likely to jump by at least 6ppt of GDP to almost 50%, the highest since the 1980s. In Fitch’s view, the consolidation of public finances once the crisis is over will be challenging.
Argentina’s Economy Minister announced key points of the debt restructuring. The Argentine government proposed a three-year grace period for payments (until 2022). The Treasury expects this measure to reduce the interest bill by around 38% of the scheduled payments. According to the Economy Minister, the proposal also includes a reduction in the face value of the debt, around 5.4% of the outstanding amount.

AFRICA
The Egyptian stock market was one of the bright spots within an African context, as the country index rose 0.3% in USD by the end of trading on Friday. In contrast, the South African TOP 40 index lost 2.3% of its value.
The South African central bank reduced the key policy rate by 100bp to 4.25% at an unscheduled meeting. The statement by the Monetary Policy Committee (MPC) argued that a weakness in the growth outlook and downside risks to inflation provided further space for monetary easing. According to the central bank’s latest forecast, South African real GDP might decline 6.1% in 2020. The MPC remained on a dovish stance calling for a data dependent approach. Therefore, if incoming macro data warrant it, the MPC will further decrease the key policy rate in the coming months.
Tunisia secured a USD 745mn loan from the International Monetary Fund to help mitigate the economic blow from the coronavirus outbreak. The country has also received USD 275mn of financial aid from the European Union. As a result, Tunisia’s FX reserves have risen to TND 22.3bn (ca. USD 7.7bn), the equivalent of about five months of imports.
This week’s global market outlook is powered by Alquity www.alquity.com