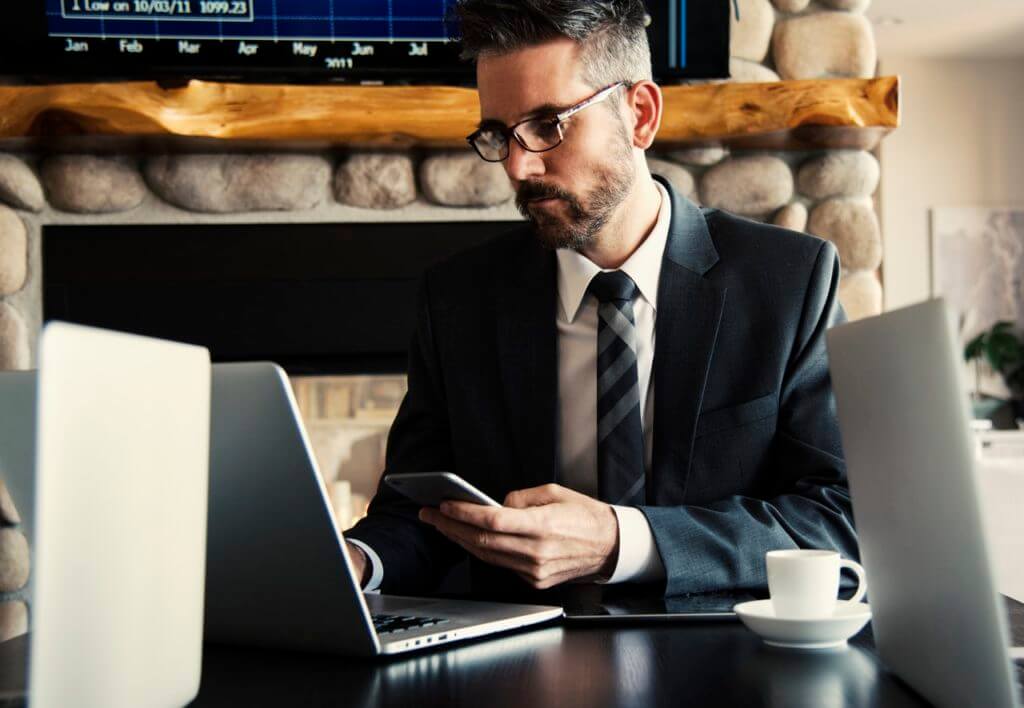 LOOKING FOR ANSWERS
After January’s euphoric top, investors appear to have lost conviction. Initially, this change of sentiment was prompted by the interconnected threesome of higher oil prices, US wage growth and bond yields, which collectively threatened to end the previous 18 months of “Goldilocks” conditions via the potential for tighter monetary policy. More recently, Trump’s anti-trade agenda, Russia’s alleged poisoning of a former spy in the UK and Italy’s messy election result have added a political flavour to this uncertainty. Moreover, a number of weaker data prints (particularly in Europe) have confused the growth picture.
All this notwithstanding, there remains a positive view on equities and growth (particularly outside the US). Whilst the FED is all but certain to raise rates again this week, other central banks are unlikely to follow. Indeed, in emerging countries such as Brazil, Russia and South Africa easier policy may be seen. In addition, the moderation in developed market economic data is normal after the unsustainable surge in Q4 2017, but releases are still consistent with some of the best growth since the financial crisis. Therefore, one could expect positive momentum to return, but amid higher volatility; given conditions are still constructive but no longer perfect. As it relates to the US, this month’s average hourly earnings release offered a temporary reprieve from higher bond yields. However, we believe price pressures are slowly building and there is an inevitability of higher yields, with 3% yield on the 10-year a potential flashpoint for markets.

UNITED STATES
S&P 2,752 -1.24%, 10yr Treasury 0.00% -1.61bps, HY Credit Index 1 +3bps, Vix 1.16 -4.05Vol
US equities suffered 4 consecutive days of losses ending on Friday. Financials and materials performed worst, whilst real estate and utilities (traditionally defensive sectors) ended higher. The yield curve flattened, with the US 10-year yield lower.
From a data perspective, CPI inflation was modestly higher than expected and retail sales came in well below estimates, declining MOM. Other data was mixed, Empire State manufacturing better and Philly Fed manufacturing weaker.
In Washington, Donald Trump continued his policy of management by revolving door, dismissing Secretary of State Rex Tillerson by tweet and replacing him with Mike Pompeo, Director of the CIA. The pair had apparently fallen out in recent months, disagreeing on a host of foreign policy matters including Iran and North Korea. Later in the week, the US attorney-general fired Andrew McCabe, former deputy director of the FBI, 2 days before he was due to retire. Trump tweeted his approval “Andrew McCabe FIRED, a great day for the hard working men and women of the FBI – A great day for Democracy.”
This week we have an FOMC meeting for which the market is pricing a 94.4% probability of a rate hike. As the policy change is already priced, more important will be any changes in guidance and forecasts, particularly in terms of the median expectation for interest rates by the end of 2018. The committee may set the scene for 4 rather than 3 hikes in total.

EUROPE
Eurostoxx 0 0.00%, German Bund -0.08% -8.50bps, Xover Credit Index- 3 -12bps, EURUSD 677.083 -0.78%
Industrial production and HICP inflation for the Eurozone in January came in below expectations, reiterating the recent moderation in activity across the EU. Equities finished broadly flat, whilst bonds rallied.
In a joint statement with France, Germany and the US, Prime Minister Theresa May accused Russia of being “culpable” in the poisoning of a former spy on UK soil. As a consequence, the PM expelled 23 Russian diplomats, with Russia immediately returning the favour following what it called “provocative” measures. Russian equities and currency fell as a consequence, but this did not stop Russia placing a heavily oversubscribed 30-year bond or Vladimir Putin winning a 4th term in office in Sunday’s election. Putin will continue for at least another 6 years after winning over 75% of the vote with a higher turnout than expected, albeit amidst reports of “ballot stuffing” and voters being coerced.
This week there is a Bank of England meeting at which no change in policy is expected; the committee is likely to vote 7 to 2 to keep interest rates on hold ahead of a hike in May (priced at 80% probability).

ASIA
HSCEI 2,105 -1.16%, Nikkei 6,289.00 -2.04%,10yr JGB -0.02% 0bps, USDJPY -0.007 -0.60%
China posted a strong batch of data for February. Industrial production growth year to date accelerated from 6.6% to 7.2% YOY and fixed asset investment growth year to date rose from 7.2% to 7.9% YOY. Retail sales, though, softened from 10.2% to 9.7% growth.
President Xi Jinping balanced out his recent power grabs this week with a renewed push for further economic reform. With his ploy to have presidential term limits abolished and rubber stamped by the National Congress, Xi switched to ‘good cop’, announcing the merger of China’s banking and insurance regulators, alongside steps to recapitalise one of the nation’s largest state owned banks. The consolidation of regulatory agencies attempts to remove existing arbitrage potential, while the announced $15.8bn capital raising from Agricultural Bank of China amounts to the largest ever secondary offering by a Chinese company.
India’s inflation rate softened in February, reducing the probability of a rate hike from the Reserve Bank of India in the medium term. CPI inflation came off from 5.1% in January to 4.4%, a steeper fall than expected. WPI inflation also softened, falling from 2.8% to 2.5%. Activity data in India continued to show a positive trend, with industrial production growth accelerating from 7.1% in January to 7.5% YOY in February, ahead of expectations.
Politics in India got a little noisy this week, with a small regional party in possession of 16 MPs making a well-publicised, yet largely inconsequential, withdrawal from the ruling coalition on the back of a squabble over lack of state funding. While this fails to impact the parliamentary arithmetic so as to threaten the government’s lower house majority, the headlines are unwelcome in the eyes of the Modi government as they head towards an election year.
Amid persistently turgid macroeconomic conditions, Pakistan’s finance minister alluded to a potential follow-on Eurobond issue of approximately similar amount to the USD 2.5bn raised at the backend of 2017. The state bank also talked up its recent efforts to re-align the rupee, publicising that its measure of the real effective exchange rate has fallen from 124.1 in November 2017 to 115.1 last month.

LATIN AMERICA
MSCI Lat Am 3,192 +1.26%
Brazil’s IPCA inflation remained subdued at 2.48% YOY in February. Low inflation is a factor contributing to core retail sales growth of 3.2% YOY in January.
Given the sustainably low inflation, a stable BRL, improving fiscal deficit, favourable external environment and a balanced current account, there is room for another interest rate cut.
Colombians gave a greater majority in Congress to the centre-right for the next 4 years 2018-2022. The list of candidates for the presidential election is also narrowing after Ivan Duque (centre-right, supported by former president Uribe) and Gustavo Petro (left-wing, former mayor of Bogota) won their parties’ primaries. These two candidates will join former Vice-President Germán Vargas-Lleras, Humberto de La Calle (former head of the peace negotiating team), and Sergio Fajardo (centrist, former mayor of Medillín) in the 27th May presidential election.
Colombian leading indicators for January point to a recovery:

AFRICA
MSCI Africa 1,025 -4.02%
Nigerian inflation fell to its lowest since April 2016. Annual inflation slowed for the 13th consecutive month to 14.33% YOY in February from 15.13% in January, driven by a decline in food inflation to 17.59% compared with 18.92% in January.
There is a case for easing rates after a 440bps decline in inflation over 13 months. However, due to a political stalemate between the Senate and the President, nominations for the monetary policy committee have not been confirmed and the committee does not have sufficient numbers to form a quorum. As a result, the second interest rate-setting meeting of the year scheduled for the March 19 – 20 has been delayed, till the impasse ends.
The IMF approved Kenya’s request to extend its stand-by agreement by 6 months to allow the nation time to complete reviews of the lender-supported program. The stand-by agreement for USD 989.8mn was first approved in March 2016 and was set to expire at the end of March. The government sought an extension to the facility to complete the delayed reviews, before embarking on talks about a new potential program.
Former South African President Jacob Zuma will face corruption charges over a USD 2.5bn arms deal. The 16 counts of alleged wrongdoing were filed against Zuma but then dropped before he successfully ran for president in 2009.
In allowing their former leader to be prosecuted, the ruling party under the leadership of Cyril Ramaphosa, appear to be breaking with the past and trying to turn a new page.
South Africa’s Q1 business confidence rose to a 3-Year high. The Rand Merchant Bank business confidence index rose to 45 points in Q1 from 34 points in Q4 2017.