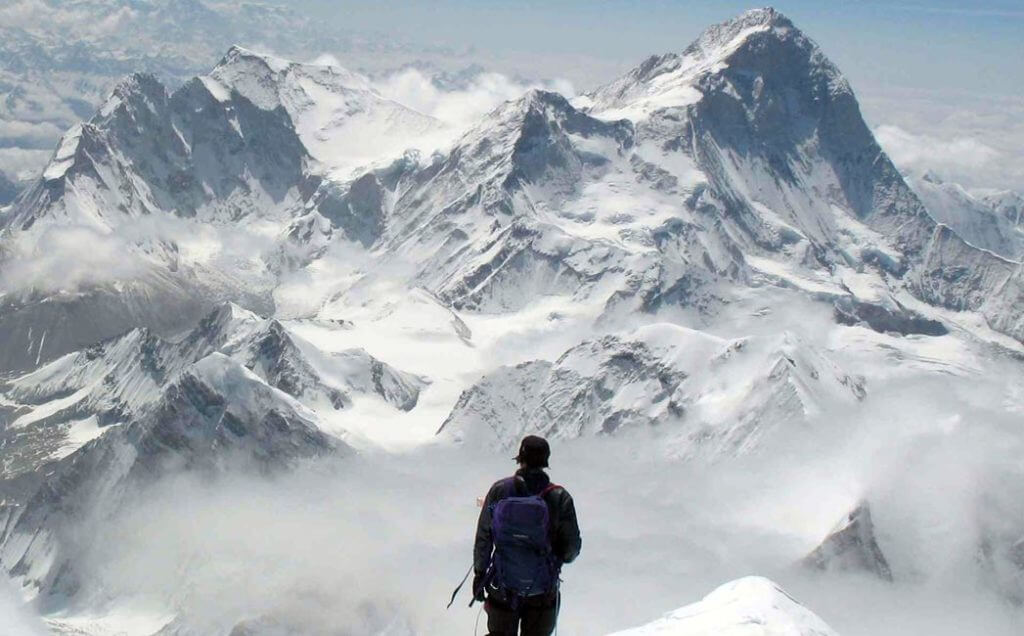 PIQUE OR PEAK
After 18 months of perfect calm, global equity markets have traded lower and with increased volatility since late January. Indeed, even over the past few weeks during which corporate earnings for Q1 have come in well ahead of expectations, stocks have struggled. Is this a fit of pique or have markets peaked for this cycle?
Excluding a number of emerging countries, economic conditions for this cycle have likely seen their best days; corporate margins, policy stimulus and growth have already touched their highs. Recent price action is therefore rational as investors have readjusted their forecasts as incoming data has suggested the good times cannot last forever. However, there is the potential for global indices to trade to new highs. It might be long in the tooth, but the party is not over yet. This week there is an FOMC meeting and the April employment report in the US. Japanese markets will be mostly closed for Golden week.

Elsewhere, the US 10-year treasury finally breached the 3% yield level for the first time since 2014, before falling back later in the week. This came after strong economic data (existing home sales, consumer confidence and durable goods). Moreover, GDP growth for Q1 came in ahead of expectations (2.3% vs. 2.0%), albeit slowing from 2.9% in Q4 2017. Interestingly, consumption was no longer the primary driver of growth (personal consumption expenditures increased by just 1.1% vs. 4.0% in Q4). Instead, investment became the primary driver.
In an effort to address recent trade wrangles, President Trump announced a special envoy will visit China this week, including Treasury secretary Steven Mnuchin and US trade representative Robert Lighthizer.

EUROPE
Eurostoxx 3,518 -0.82%, German Bund 0.59% -1.90bps, Xover Credit Index 272 -4bps, USDEUR .825 +1.29%
Equity markets in Europe gained marginally in local currency terms, but lost ground in USD. Bond yields also declined.
At the corporate level, Q1 earnings have come in around 1.5% ahead of estimates; weaker than their (one-off) tax enhanced US peers. Country level sentiment surveys were also weaker (both the French INSEE and German IFO), however the composite, Eurozone wide PMI held firm at 55.2. This remains consistent with reasonable growth, at least by European standards.
At the April ECB meeting, the Governing Council left policy unchanged as expected. However, the overall tone was dovish as Draghi repeatedly described the need for “caution” during the accompanying press conference. This prompted a weakening of the Euro.
At the political level, Emmanuel Macron and Angela Merkel both visited US President Donald Trump. Macron came away with no agreements or contracts of substance, but was viewed as having succeeded where most other global leaders have failed in establishing cordial, and even jovial, relations with the POTUS. Merkel and Trump were instead unable to mask clear differences of opinion. In particular, they did not appear to make progress on issues including Iran, trade and Nato.
In the UK, economic data painted a dismal picture with Q1 GDP growth coming in at 0.1% QOQ (the weakest pace in over 5 years) and consumer confidence declining. As a consequence, the probability of a rate hike in May has been all but priced out by the market. Next week sees the release of the PMIs.
The central bank of Hungary left policy unchanged, whilst the CBT in Turkey tightened policy modestly. Ahead of snap elections on the 24th June, the central bank hiked its O/N rate by 75bps (leaving its other 3 main rates on hold). To recall, at the behest of President Erdogan, Turkey has kept interest rates low prompting currency weakness and inflation. Last week’s move was seen as trying to stabilise the exchange rate in the run-up to elections.

ASIA
HSCEI 12,340 +0.06%, Nikkei 22,467.87 -0.09%, 10yr JGB 0.06% 0bps, USDJPY 109.230 +1.28%
As expected, the BOJ in Japan voted 8 to 1 to leave policy unchanged. The bank also revised its inflation target lower, but remains much more optimistic than consensus. Moreover, the committee appeared to end its calendar guidance for reaching the 2% inflation target, with Governor Kuroda commenting “While there is no change to our commitment to achieve our price goal at the earliest date possible, there is considerable uncertainty on the outlook.”
In a historic move, the leaders of North and South Korea released a joint statement following their summit, pledging to denuclearise the peninsular and to commit to a “peace regime”.
Korean equities outperformed the rest of Asia in light of the breakthrough; rising 1.20% over the week while the rest of the continent was largely negative.
China’s President Xi gave a speech pledging to “persistently” boost domestic demand in the Chinese economy in order to hit the 6.5% annual GDP growth target this week. Addressing the Communist Party Central Committee, the president also described the need for a neutral monetary policy stance, further opening up of the economy to foreign investment and ongoing financial reforms.
Elsewhere in Chinese politics, Premier Li Keqiang gave comments to the media suggesting that China is open to negotiating with the US over current trade tensions, praising dialogue as the best way forward in the lead up to the arrival of a US delegation led by Steve Mnuchin in Beijing next week. During a meeting with US Secretary of Transportation Elaine Chao, Premier Li added “There is no winner in trade conflict, which will not only affect the recovery of the world economy but also the global industrial chain”.
Korea’s preliminary GDP growth printed flat at 2.8% YOY in Q1 2018, the same as the final quarter of 2017. Net exports and government spending were strong, while private consumption lagged.

LATIN AMERICA
MSCI Lat Am 3,012 -0.63%
In a very surprising succession of events Argentina’s central bank hiked the benchmark interest rate by 300bps to 30.25%, this was 2 days after confirming keeping it unchanged at its monetary policy committee. This comes after desperate attempts to contain the ARS devaluation, such as selling USD 3bn of its USD 38Bn reserves in March and April, something the central bank cannot afford to do given its macro imbalances. Argentina runs a circa 5.5% current account deficit (consensus for 2018) and a 7.2% fiscal deficit (2017). Its deficits require external financing, as the low savings base is not sufficient.  As such, a rate hike was the only solution available to increase the carry on the ARS and prevent more capital outflows. This rate hike is likely to slow down economic activity and decrease inflation.
Colombia’s trade balance deficit came in at USD 540mn in February. The decomposition by sector is consistent with an investment-led cyclical recovery as imports of capital goods and construction materials grew 9.9% YOY (+10.5% excluding transportation). Better business confidence and declining inventories also bode well for a cyclical rebound.
Still subdued internal demand and better terms of trade (commodity prices, global growth) support the decline in the trade deficit.
Mexico’s retail sales improved in February coming in at 1.2% YOY, after a sharp slowdown in 2017 and a poor beginning of the year.

AFRICA
MSCI Africa 956 -3.06%
Kenya’s GDP growth slowed to 4.9% in 2017, the lowest level in more than 5 years, compared to a revised growth of 5.9% in 2016. The decline was attributed to uncertainty and reduced business activity associated with prolonged electioneering plus the adverse effects of unfavourable weather conditions.
GDP growth is projected to recover to 5.8% in 2018 supported by more favourable weather, low inflation and a more supportive political climate, and over the medium term to increase by more than 7%.
Fiscal policy is expected to be contractionary after a period of debt fuelled growth, while monetary policy has been ineffectual, a result of the interest rate cap which has seen credit growth decline to single digit. With both policy tools acting as a negative stimulus, the GDP growth projections are highly ambitious.
South Africa’s consumer confidence rallied to a record high in Q1 on the back of political changes and expectations that the economy will improve over the next 12 months. The BER Consumer Confidence Index for Q1 rose to a record high of +26 index points from -8 in Q4 2017 and compares to a previous record high of +23 index points reached in the Q1 of 2007, when the South African economy pumped out real economic growth of nearly 6%.
Political and economic developments since December 2017 including the change in the country’s leadership has made both consumers and businesses more optimistic. Looking forward, the outcome of ongoing public wage negotiations, an expected new mining charter, coupled with higher fuel prices and a 1% VAT increase could lead to a correction in consumer confidence index in Q2.
Egypt’s non-oil exports grew 15% YOY in Q1 to USD 6.3bn, up from USD 5.5bn in the same period last year. Trade grew 9% YOY for the quarter to USD21.3bn, bringing Egypt’s total trade deficit down 2% YOY.