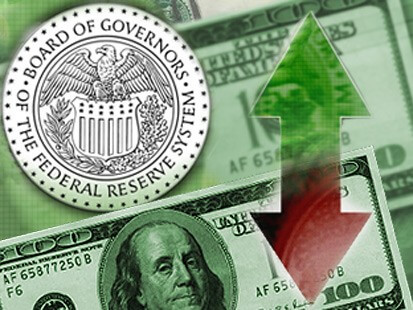 HOW DOVISH WILL THE FED BE ON WEDNESDAY?
The decision-making body of the Federal Reserve reconvenes on Wednesday to discuss whether the current monetary policy stance is appropriate. Since it is a quarter-end, the FOMC will release an updated macroeconomic projection, which is very unlikely to reflect any changes compared with the previous ones released last December. The update of the “dot plot”, which contains the rate expectations by voting and non-voting members, could serve as a catalyst for a shift in market sentiment, but the persistence and magnitude of the sentiment shift are probably going to be moderate. What is really worth paying attention to is the post-decision press conference and Q&A by Chair Powell, where he might (or might not) discuss the details of the balance sheet run-down and could announce a date when it ends. Should the Chair clearly communicate that the end of the balance sheet adjustment process is nigh, global market sentiment could (further) improve boosting appetite for risky assets.

UNITED STATES
S&P 2,822 +2.89%, 10yr Treasury 2.59% -4.14bps, HY Credit Index 341 -27bps, Vix 13.15 -3.17Vol
Stock markets in the US finished the week on a strong note, as the majority of the broad indices rose: the S&P 500 up by 2.9% and the Nasdaq Composite up by 3.8%. From a sectoral point of view, IT, healthcare and energy indices delivered the strongest performance. The broad dollar index (DXY) decreased by 0.7%, bringing the year-to-date gains of the index to 0.4%. Meanwhile, the fixed income space exhibited substantial yield moves, as the whole Treasury curve shifted downwards: the 2-year yield by -2bp to 2.44% and the 10-year by -4bp to 2.6% on the back of softening inflation expectations (the 5y5y inflation-linked swap rate fell by 6bp to 2.29%). Not only the Treasury yields eased, but also the Fed funds futures-implied interest rate slipped as well: no rate change is priced in for this year (just yet), and a 25bp cut is foreseen somewhere along in 2020.
Headline CPI inflation was 2.1% YoY in February, while the core measure – filtering out volatile energy and food prices – eased to 1.5% YoY. Industrial production grew 0.1% MoM in February, at a slower pace than the median market estimate. In contrast with the unexpectedly slow industrial output growth, retail sales volume growth was surprisingly strong, as it hit 0.2% MoM in January, exceeding the median market estimate. Excluding auto and fuel sales, monthly growth in the first month of the year rose to 1.2%.
Although much of the strength in retail sales is explained by the low reference point in December (when retail sales contracted in a monthly comparison), the January figure implies a continued strong underlying economic growth momentum.
Looking forward: The FOMC reconvenes on Wednesday to decide on the appropriate monetary policy stance. No major changes are expected this week, but adjustments to the forward-looking guidance are likely (i.e. the “dot plot”). In the second half of the week, the March PMI figures are to be released.

EUROPE
Eurostoxx 3,391 +3.85%, German Bund 0.08% +1.50bps, Xover Credit Index 270 -20bps, USDEUR .882 -0.70%
European stock markets gained both in local currency and in USD terms, as the euro appreciated about 0.7% vs. the USD. Consequently, the major stock indices of the four largest Eurozone economies rose, i.e. the French by 4.1%, the Italian by 3.5%, the Spanish by 3.1% and the German by 2.7% (all in USD). The UK’s FTSE 100 index gained as well, 3.9% in USD. Within the fixed income space, German yields remained extremely depressed, as the 10-year yield was 0.08%.
British lawmakers decided to back the idea of postponing the date of Brexit from the 29th March. As a result of the vote, the UK and the EU can avoid a “hard Brexit” scenario should the 27 other EU countries unanimously agree to the delay.
Looking forward: The economic diary in the Euro Area is quite empty, no first-tier hard macroeconomic indicator will be released. Therefore, markets will need to suffice with PMI data in the second half of the week. Meanwhile in the UK, labour market, inflation, and retail sales data are scheduled for this week. On Thursday, the Bank of England decides on the policy rate and may tweak its forward guidance.

The Indian central bank (RBI) enhanced its toolkit by adding a durable liquidity infusion facility, i.e. introducing a USD/INR FX-swap facility. In addition, the RBI has already committed to providing liquidity through open market operations with a longer-than-usual tenor.
Current account deficit in the Philippines was USD 2.4bn in 4Q18 and USD 7.9bn or 2.4% of GDP in full-year 2018 (vs. 0.7% of GDP in 2017). In the last quarter of 2018, foreign trade deficit widened to USD 13.3bn, as the value of exports fell 0.7% YoY (due to weaker demand for electronics), while imports grew 3.1% YoY (due to fuel, materials and capital goods).
As long as domestic demand grows strongly, import growth will persist at a relatively high level, which will contribute to the sustenance of the wide current account deficit. It is likely that the current account gap will be similarly large this year, exceeding the amount of FDI inflow to the country. The external position of the Philippine economy implies that the currency could remain sensitive to global market sentiment and under persistent pressure to depreciate over the coming quarters in the absence of an appropriate policy response.
The Indonesian foreign trade balance swung to an unexpected surplus in February, as both imports and exports declined.
Looking forward: Asian investors face a very busy week, as four central banks are scheduled to deliver their respective monetary policy decisions, i.e. the Taiwanese, Indonesia, Thai and the Philippine. Although none of the them are likely to change the policy rate this week, all of them will be closely scrutinised for guidance in terms of the interest rate outlook. A fifth monetary authority, the Pakistani central bank is scheduled to decide on the policy rate between the 22nd and 30th March.

LATIN AMERICA
MSCI Lat Am 2,851 +4.45%
Investor sentiment in the Latin American space was favourable, as the majority of the stock indices gained. The Colombian market outperformed its regional peers, as the country’s stock index rose 6.9% in USD, followed by the Brazilian (+5.1% in USD) and the Peruvian (+2.6% in USD).
After three consecutive months of decrease, industrial production in Mexico grew 0.6% MoM SA in January, led by manufacturing, construction and mining. However, in an annual comparison, industrial output contracted 0.9% YoY. The seasonally-adjusted annual figure showed a 1.1% decline in output relative to the level seen in January 2018.
The Mexican Deputy Finance Minister said to the FT that the administration had been considering postponing the implementation of the Dos Bocas refinery project to direct the funds to Pemex instead. Despite the Deputy’s remarks, President AMLO stated the exact opposite by claiming that the execution of the Dos Bocas projects would continue.
Statements like these further erode the credibility of the Mexican administration and highlight that AMLO’s ideology can easily override financial prudence.
According to the Brazilian House speaker, the Constitution and Justice Committee may vote on the pension reform on the 27th or 28th March, on the condition that the government submits the military pension bill by the 20th March. Following the vote by the Constitution and Justice Committee, the bill will be transferred to a Special House Committee for debate and amendments. The process might take a few months.
The Peruvian central bank purchased USD 26mn worth of US dollars in the open market to prevent a large-scale appreciation of the sol vs. the USD. This was the first time the central bank purchased USD (or sold sol) since January 2018.
According to one of the central bank officials in Colombia, inflation expectations remain anchored, as the pass-through of currency movements to consumer prices is limited. The output gap continues to be negative.
Looking forward: The Latin American economic diary is filled with potentially market-moving macroeconomic data and policy events this week. Brazil is set to release inflation data for January followed by the Brazilian central bank’s rate-setting meeting, where the policy rate might remain stable, but the communication of the MPC can change. Furthermore, Chile publishes its quarterly GDP and current account statistics.

AFRICA
MSCI Africa 783 +0.99%
African stock markets delivered a mixed performance, as most of the stock indices declined in USD terms. While the Egyptian (+1.4% in USD) and the South African (+1% in USD) markets headed north, other markets, such as Nigeria (-2.2% in USD) were dominated by risk-averse investor sentiment.
Business confidence in South Africa fell for the fourth straight quarter to its lowest level since 2Q17 – dropping further below the 50-mark that separates positive sentiment from negative. In line with the weak business sentiment reading, manufacturing output (including mining) contracted by 2% MoM SA in January, while in an annual comparison, the volume of production stagnated.
Current account in Nigeria swung to a surplus in 4Q18, as the balance amounted to USD 1.1bn after registering a USD 1.5bn deficit in the previous quarter. The current account surplus was mainly driven by the improvement in the goods balance, as non-oil imports declined by 19.9% YoY. Meanwhile, exports growth was 2.8% YoY.
Looking forward: The Moroccan central bank is expected to reveal its monetary policy decision this week. Later, South Africa releases inflation metrics and retail sales statistics, while Nigeria may deliver credit growth figures. Furthermore, Egypt publishes its January trade balance.
This week’s global market outlook is powered by Alquity www.alquity.com