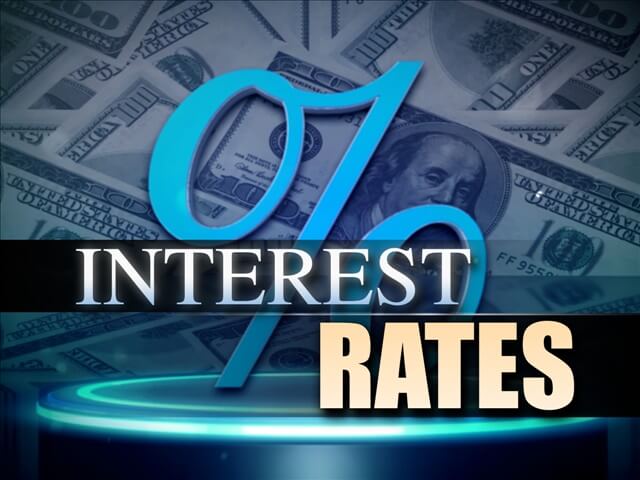 BENIGN INFLATION PUTS FUEL TO THE FIRE FOR THE FED TO CUT INTEREST RATES
Inflation in the US was 1.8% YoY in May, coming in below the consensus forecasts. Consumer price inflation slowed from the 2% pace recorded in April, which coincided with the Federal Reserve’s 2% inflation target. In addition, in core CPI inflation (a gauge that excludes volatile prices, such as fuel, etc.) also slowed to 2% YoY. Benign inflation combined with slowing growth and escalating trade tensions could increase pressure on the Federal Reserve to bow to the market and cut interest rates this year. The market now takes it for granted that the Jerome Powell-led FOMC will slash the Fed funds futures by 25bp by the end of July and initiate an easing cycle. Fed policymakers meet this week, where a rate cut is not expected just yet, but the post-meeting communication will be one of the most scrutinised events this year.

UNITED STATES
S&P 2,887 +0.47%, 10yr Treasury 2.11% -0.05bps, HY Credit Index 354 -9bps, Vix 15.28 -1.02Vol
Investor sentiment in the US’ stock market improved during the week, as the majority of the stock indices gained; the S&P500 rose 0.5%, while the Nasdaq Composite gained 0.7%. During the week, the broad dollar index rose 1.1%, while the most scrutinised tenors on the Treasury curve were broadly unchanged, i.e. the 2-year yield hovered at 1.87% and the 10-year at 2.10%. The market-implied forward-looking rate trajectory has not changed, as Fed funds futures continue to price 50bp worth of rate cuts throughout 2H19 and an additional 25bp cut in 1H20.
US retail sales rose 0.5% MoM in May and the previous two months were revised higher. ‘Core’ retail sales (excluding automobiles, gasoline, building materials and food services) grew 0.5% MoM, suggesting that underlying consumer demand remains robust.
The promising broad-based sales growth data will likely ease some of the growth-related concerns.

EUROPE
Eurostoxx 3,382 -1.13%, German Bund -0.25% +0.20bps, Xover Credit Index 273 -8bps, USDEUR .892 +1.17%
Investor sentiment in European stock markets remained rather frail. Out of the four largest Eurozone stock markets, the Spanish reference index (-1.6% in USD) delivered the poorest performance during the week, while the Italian benchmark was the strongest by gaining 0.1% in USD. The UK’s benchmark index lost 1% in USD. Yields on the German Bunds were broadly stable, as the 10-year yield stood at -0.26%.
Eurozone industrial production fell 0.5% in April MoM, increasing the fear of a prolonged manufacturing slump.  Industrial production peaked in December 2017 and has been on downward trajectory since. Last week, ECB president Mario Draghi noted that the economy was suffering due to ‘geopolitical factors, the rising threat of protectionism and vulnerabilities in emerging markets.’
Should the ECB president’s assessment be correct, the contraction in industrial activity will be transitory and the Eurozone’s economy could re-emerge from the slump soon. If it persists for a prolonged period, the ECB is ready to ‘use all the instruments that are in the toolbox.’

ASIA
HSCEI 10,438 +1.00%, Nikkei 21,124.00 +0.71%, 10yr JGB- 0.12% 0bps, USDJPY 108.590 +0.40%
Asian stock markets delivered a mixed performance during the week. Chinese “A” shares were among the brightest spots within the region, as the broad benchmark rose 1.7% in USD. They were followed by the Sri Lankan market (+1.5% in USD) and the Thai market (+1.2% in USD). In contrast, India (-1.1% in USD) and Pakistan (-5.1% in USD) went through a challenging period during the week.
In line with expectations, China’s CPI for May increased 2.7% YoY. This was the fastest pace since February 2018. Food prices rose 7.7% YoY (primarily due to pork price increases, by 18.2% YoY), while the prices of non-food items rose 1.7% YoY. Pork prices have risen considerably this year as Africa swine fever hit herds in the country, and as a result, constrained supply. Meanwhile, producer price inflation slowed to 0.6% YoY in May.
China’s industrial output growth slowed to 5% YoY in May, below market consensus. Sectors that witnessed a sharp slowdown were medical products, computer equipment and automobiles. Retail sales showed resilience, expanding 8.6% YoY, partly due to a longer May Day holiday which encouraged tourism. The Governor of the People’s Bank of China claimed that there was ‘tremendous’ room to adjust monetary policy if the trade conflict worsened.
India’s CPI accelerated to 3.1% in May, up marginally from 2.9% YoY in April. The increase was largely due to a rise in food prices, which rose to 2% YoY (up from 1.4% YoY in the previous month). All other segments remained under control, while fuel inflation eased to 2.5% YoY.

LATIN AMERICA
MSCI Lat Am 2,754 +0.31%
The Argentina and Mexican stock indices increased significantly, as the respective benchmarks rose 16.3% and 2.2% in USD. In contrast, Brazil’s stock market delivered a weaker performance, the country’s reference index declined by 0.7% in USD.
There was progress in Brazil with the pension reform. The plan – presented by President Bolsonaro’s coalition partner to the Lower House’s Special Committee – proposes BRL 930bn (ca. USD 240bn) fiscal savings in 10 years, which is a good basis to start rebalancing the budget and stabilize public debt.
Mexico breathe a sigh of relief as the government reached a deal with the US to curb irregular migration through their borders. Consequently, Mexico avoided the imposition of tariffs on their exports to the US. The next 45 days are crucial for Mexico’s border patrol, with the help of their national guard, to prove that they can make meaningful progress to halt illegal migration into the US.
Unlike other Latin American economies, it is more challenging for the central bank of Mexico to lower rates, despite the weakening economic outlook. This is in part due to the widening risk premium induced by the worsening credit outlook.
The biggest surprise during the week was in Argentina, where President Macri selected Miguel Pichetto, the leader of the Peronism in the Senate, as his VP candidate for the upcoming presidential elections in October. In essence, Macri formed a coalition between his Cambiemos party and the centrist part of the Peronist party to improve his chances of re-election by attracting a greater portion of centrists.
So far, the country with the largest impact from the trade wars are seen in Chile, due to its open economy. As a result of weaker than expected demand-driven activity, supply shocks in the primary sector and lower copper production, Chile’s growth outlook has become more subdued than expected.
GDP growth is expected to be around 2.5% this year and slightly below 3% next year. Chile’s output gap and lack of wage driven inflation drove the central bank to cut rates by 50bp to 2.50%, its largest cut since 2009.

AFRICA
MSCI Lat Am 2,754 +0.31%
The Egyptian and South African stock markets performed strongly during the week, as they gained 2.4% and 1.3% in USD, respectively. In contrast, the Nigerian market declined by 1% in USD.
Inflation slowed to 4.4% YoY in April, below the 4.5% midpoint of the target band. The below-target inflation figure explains the support of two out of the five monetary policy committee members for an interest rate cut at the last rate-setting meeting.
South Africa’s central bank governor indicated that their internal forecasting models support the idea of interest rate cuts next year due to the economy’s weakness. However, the governor reminded the limits of monetary policy and indicated that structural reforms are required to improve the economy’s output and employment levels.
The ruling ANC party’s controversial secretary general, Ace Magashule, voiced his desire for the central bank to expand their mandate beyond inflation targeting towards growth and job creation. Fortunately, Magashule’s views were not shared by the fiscally responsible members of the ANC and was quickly swiped away by ANC officials.
An African country that keeps bucking the trend is Morocco, which showed a healthy pace of expansion. Morocco’s manufacturing output rose by 2.9% YoY during the first quarter of 2019, though moderately slowing (from 3.6% YoY in 4Q18). Mining output was also strong at 7% YoY and electricity output expanding by almost 25% YoY.
This week’s global market outlook is powered by Alquity www.alquity.com