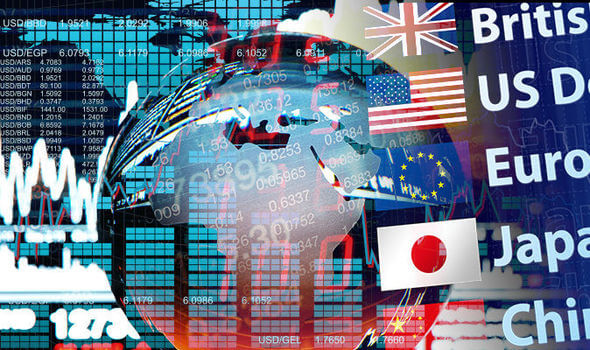 Although a week has passed, it is still unclear whether President Trump’s executive orders on jobless benefits and reducing the payroll tax will have a meaningful impact on the economy. Since only Congress has the power to authorise new spending, the President can only re-allocate existing resources – this time the Department of Homeland Security’s Disaster Relief Fund will serve this purpose (although it was not originally created to address an issue of this nature). With congressional talks deadlocked, the probability of a genuine stimulus being approved just three months ahead of the Presidential election is declining. According to the latest political polls, Joe Biden maintained a 9-10-point lead over President Trump.

Although there are not too many data points in the US’ economic diary this week, markets will have plenty to digest after the Federal Reserve releases the minutes of its late-July meeting. In emerging markets, there will be a couple of data points to watch, such as monetary policy decisions in the ASEAN region or activity indicators in Latin America. But most importantly, EM investors will surely focus on geopolitics, such as any piece of news related to the US-China trade negotiations and half-year compliance review (no new date has yet been set). 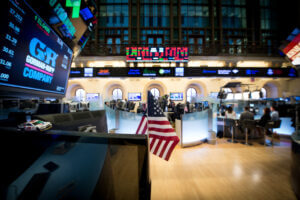 During the week a reflation theme broadened within the Treasury market, as nominal government bond yields rose and the curve markedly steepened (the 2-year rose by 2bp to 0.15%, whilst the 10-year increased 15bp to 0.70%). Treasury yields rose partly due to the increased auction sizes during the week. Furthermore, the phenomenon could also be linked to the disappointing retail sales data and the market’s growing expectation that the Fed might introduce an average inflation targeting regime in September allowing inflation to overshoot the 2% target. Meanwhile, stock markets further rose during the week, however, the gains were not as striking as in the previous weeks. By the end of Friday, the S&P 500 rose 0.6%, whilst the Nasdaq Composite remained largely flat. Worries over the upcoming US-China trade talks amid the (re-)escalation of diplomatic tensions between the two administrations and a lack of progress in negotiations over US economic stimulus bill also weighed on investor sentiment. 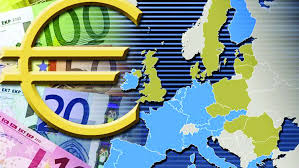 Investor sentiment in European stock markets was constructive during the week and thus drove most of the major indices markedly higher. The Spanish benchmark (+3.6% in USD) and the Italian country index (+3.3% in USD) were among the best performers, followed by the German DAX index (+2.4% in USD). Meanwhile, the Polish WIG index rose 2.6% in USD during the week.

Real GDP in Poland declined 7.9% YoY in 2Q20. The Polish economy outperformed its peers in the Central and Eastern European region, as the country’s GDP did not contract as sharply as others within the region. The economic outperformance could be linked to the fact that Poland got the virus under control earlier and relaxed restrictions more quickly. The Polish economy outperformed its main trade partner, the Eurozone as well in terms of real GDP, as the Euro Area’s GDP declined 15% YoY in 2Q20. Meanwhile, GDP contracted 21.7% YoY in the UK. 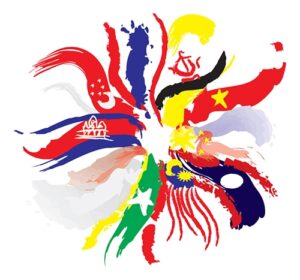 Asian stock markets painted a mixed picture during the week. The Philippines benchmark (+4.9% in USD) was one of the best performing indices within the emerging Asian region, followed by South Korean country index (+2.4% in USD) and Chinese “H” shares (+2% in USD). Across Asian frontier markets, the Bangladeshi one delivered one of the strongest returns by the end of Friday, when the index was up 8% in USD.

Credit flow towards the real economy in China somewhat eased in July, when M2 money supply growth was 10.7% YoY. Although M2 growth has softened relative to June (when it was 11.1 YoY), it remains well above the annual growth rate of 8.7% observed in 2019. Meanwhile, total social financial growth (TSF) gained further momentum reaching 12.9% YoY in July. Overall, China’s central bank (PBOC) is on track to meet its policy goals of M2 and TSF at ‘significantly higher levels’ than last year. Later, the monthly macro activity data for July were released, which showed that the supply side of the economy has further improved as opposed to the demand side, which is yet to realise its full potential: fixed asset investments rose 8.3% YoY, industrial production rose 4.8% YoY, whilst retail sales declined 1.1% YoY. It is worth noting that the strengthening momentum of economic activity in July was – temporarily – hindered by recent flooding in rural areas in the central area of China.

Consumer price inflation in India accelerated to 6.9% YoY in July, whilst core inflation rose to 5.8% YoY. Accelerating food inflation was one of the key contributors to the accelerating inflation metrics, followed by an increase in retail fuel price inflation. The favourable amount of rainfall across India has raised the prospects of an improvement in the supply of food, which is likely to help ease food-price inflation starting in September. In a separate release, Indian authorities released the June industrial activity metrics. Industrial production volume rose 25.8% MoM in June (in seasonally adjusted terms), which translated into a less deep annual contraction relative to the drop registered in May. The improvement was broad-based, but it was most pronounced in the consumer non-durable goods category, which registered a 14% YoY expansion in June exceeding the pre-pandemic level. The category is a proxy for economic activity in the rural areas.

President Jokowi in Indonesia presented the 2021 budget to Parliament. According to the bill, the fiscal deficit is targeted to be 6.3% of GDP in 2020 and 5.5% of GDP in 2021. The President pledged key reforms as part of the recovery strategy, including labour, tax and investment reforms. President Jokowi also announced an adjustment to GDP growth target ranges: -1.1 to +0.2% in 2020 and +4.5 to 5.5% in 2021.

Malaysia’s real GDP contracted by 17.1% YoY in 2Q20, following +0.7% YoY growth in the previous quarter. The size of the contraction in 2Q eclipsed even the 11.2% fall in 4Q98 during the Asian financial crisis. The economy was hit by the pandemic and the lockdown measures across the board: household spending declined 18.5% YoY, investment activity fell 28.9% YoY, whilst construction almost halved.

The ruling Democratic Progressive Party’s candidate won back control of the largest city in southern Taiwan, Kaohsiung City. The candidate received 70% of votes. 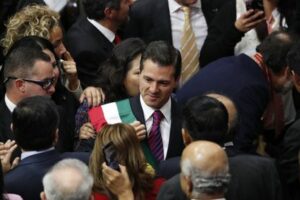 The Mexican stock markets outperformed the vast majority of its regional peers during the week, as the country’s stock index rose 4.6% in USD, followed by the Peruvian index (+1.2% in USD).

The monthly GDP proxy index in Brazil rose 3.3% MoM in June (in seasonally adjusted terms), signalling that Brazil’s economy could have bottomed out in 2Q20 and it stands ready to start a gradual normalisation process in 3Q20. The pick-up in June was primarily led by mining and manufacturing activities. Comparing with the pre-pandemic level (in January-February), the level of economic output was 7.2% lower in June.

The central bank of Mexico lowered the key interest rate by 50bp to 4.50%. The Monetary Policy Committee (MPC) unanimously agreed on the need for further financial easing. However, one of the members would have preferred a smaller, 25bp cut. The MPC signalled that further rate cuts could be in the pipeline depending on the evolution of economic activity and inflation. In a separate interview, one of the MPC members stated that a prolonged U-shaped economic recovery was the most probable scenario as opposed to the President Lopez Obrador’s V-shaped expectations.

Mexican prosecutors revealed that Emilio Lozoya, the former head of Mexico’s state-run oil company, Pemex, has accused former President Pena Nieto of directing bribes to fund his presidential campaign in 2012. The bribery scandal also involves Odebrecht, a Brazilian construction giant, which has admitted to paying over USD 10mn to Mexican officials. Mr. Lozoya also claimed that bribes were funnelled to six Congress members in 2013-2014 to buy their votes for the structural reforms initiated by the Pena Nieto administration.

Congress in Peru awarded the government cabinet (led by retired army General Walter Martos) a vote of confidence with a resounding majority. Later, the President announced new measures to contain the spread of the coronavirus by ordering people to stay at home in most regions on Sundays.

Peru’s economy contracted 18.1% YoY in June after the government – temporarily – scaled back the degree of lockdown restrictions. Activity indices in the period between April and June indicated that the Peruvian economy could have declined 30.2% YoY in 2Q20. In order to provide as much support to the economy as possible, the central bank remained on an accommodative stance by maintaining the key interest rate at 0.25%. 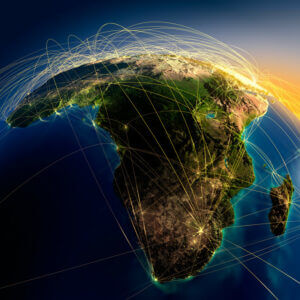 The Egyptian Hermes index rose 2.3% in USD by the end of Friday. Egypt was closely followed by the South African stock market, where the TOP 40 index gained 2.2% in USD.

The South African economy remained in deep contraction in June, according to the monthly activity indicators. Manufacturing production declined 16.3% YoY, whilst retail sales volume contracted 7.5% YoY in June, due to the stringent lockdown measures in place.

CPI inflation in Egypt slowed to an eight-month low of 4.2% YoY in July. The fall in the headline gauge was primarily driven by easing fuel and electricity price pressures. Meanwhile, food prices declined in an annual comparison in July. The overall impact pushed core inflation to a record low of 0.7% YoY. Despite the benign inflationary environment, the central bank chose to keep policy interest rates stable at 9.25% and 10.25%, respectively. The post-decision statement by the central bank hints that the Monetary Policy Council consider external stability (including the exchange rate) as important as providing stimulus to the domestic economy.