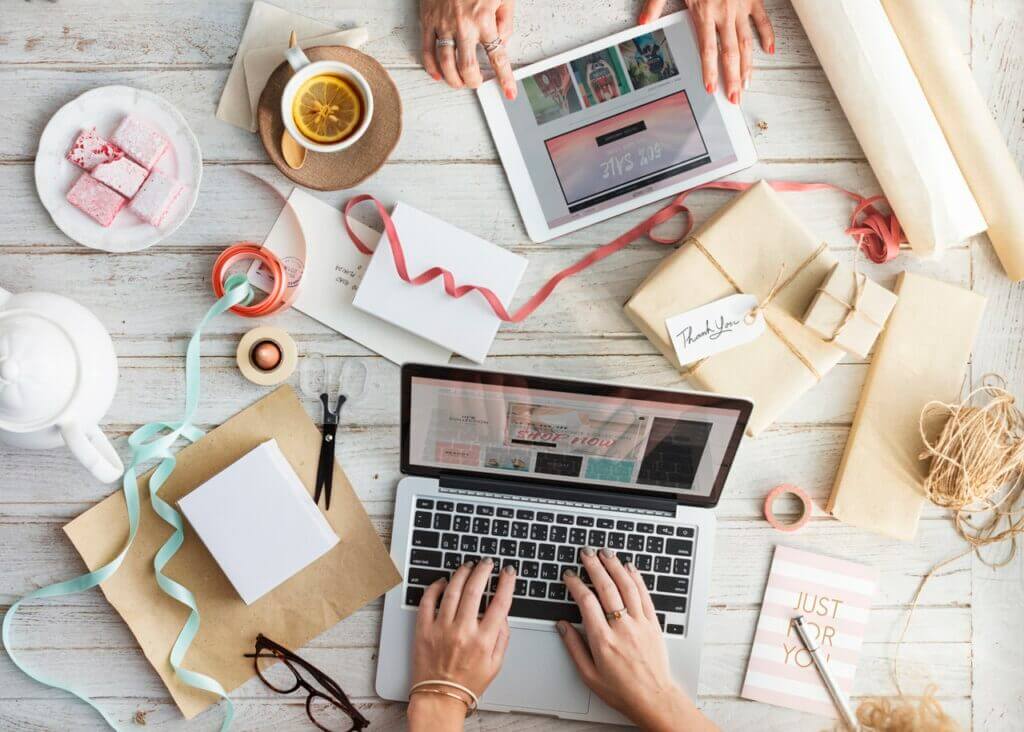 IT’S MY PARTY AND EVERYONE’S INVITED
There has been much disbelief at the strength of the global equity rally so far this year. However, as summarised by IMF chief economist Maurice Obstfeld last week, the current global re-acceleration is more broad-based than at any time over the past 10 years. Indeed, the IMF upgraded its growth numbers for 2017 and 2018 to 3.6% and 3.7% respectively. Given also soft inflation, it therefore seems entirely reasonable that markets should have performed so well. Nonetheless, such low realised volatility (5.5% annualised for the S&P 500 over the last 12 months) was not anticipated. This is bound to be contributing complacent positioning and under appreciated risk.
In Africa, South Africa’s appeal court upheld a ruling that 783 counts of corruption and fraud should be reinstated against president Jacob Zuma. The decision highlights the strength of South African institutions, which have been uncompromised through Zuma’s tumultuous presidency and makes it more likely that the market friendly candidate (i.e. Cyril Ramaphosa) will emerge from the ANC leadership election in December. A Ramaphosa victory could see business confidence rebound from its historic low, and encourage investment, as many South African companies will prioritise domestic over foreign investment. In the past, these companies, with strong balance sheets and dominant market positions, were investing elsewhere because of South Africa’s poor political environment. A change towards a business-friendly leadership at the ANC will begin the process of unlocking the potential of South Africa, which has laid dormant during the past year due to its dysfunctional political environment.
The Chinese national congress takes place this week (from the 18th).

In terms of economic data, the effects of Hurricane season are still somewhat distorting the data (for example retail sales jumped on auto replacement purchases). There has probably been an improvement in US releases over the past month, Michigan consumer confidence came in at a 13-year high, however core CPI inflation remained subdued.
The minutes to the FED’s September meeting revealed relatively little. A December hike is extremely likely (market prices at around 80% probability) but there remains disagreement around the inflation outlook and managing systemic risk against growth and price stability:

EUROPE
Eurostoxx 3,606 +0.91%, German Bund 0.41% -5.60bps, Xover Credit Index 244 -4bps, EURUSD 1.179 -0.75%
In Spain, there was some light relief evident in bond and equity markets after Catalan leader Carles Puigdemont stopped short of making a formal declaration of independence. However, Madrid had given the region until Monday of this week to clarify its stance and the situation will remain fluid; the central government could “go nuclear” and invoke Article 155 to remove regional level powers or there could be a friendlier negotiation. Spanish equity funds suffered their second-largest outflows on record during the first week of October.
In Austria, the far-right, Eurosceptic Freedom party secured its best result in a national election since 1999 (26% of the vote) and is likely to be in government as part of a coalition with Sebastian Kurz, the 31-year-old leader of the mainstream conservative People’s party.
It was widely reported, that the ECB are planning to reduce monthly purchases from EUR 60bn to 30bn from January, with the programme staying active until at least September 2018. Moreover, in Washington, Mario Draghi confirmed that rates would be kept on hold until long after the end of QE.

ASIA
HSCEI 1,158 +0.51%, Nikkei 2,125.00 + 3.00%,10yr JGB 0.06% +0bps, USDJPY 111.730 -0.60%
China’s foreign exchange reserves hit an 11-month high in September of US$3.1trn, having risen by US$17bn since August. This was the eighth consecutive month of increasing reserves, and reiterates the achievements of the People’s Bank of China in stabilising the capital account and value of the currency this year. Trade data in China also came in stronger in September versus August, with export growth accelerating from 5.6% YOY to 8.1% YOY and import growth going from 13.5% to 18.7%. Import strength is attributable to higher commodity prices and better domestic demand, while the export acceleration is linked to favourable base effects in addition to firmer demand for Chinese goods.
India’s CPI inflation rate surprised on the downside for September, coming in at 3.3% YOY, in line with the August figure. The flat headline print came as falling food price inflation offset a greater rise in the cost of fuel.
Industrial production in India also came in stronger than expected in September at 4.3% YOY, up from a revised 0.9% in August.
In Thailand, Prime Minister Prayut Chan-o-cha announced that a general election is to be held in November 2018, three years on from the army coup d’état of May 2014. Whilst the prospect of a democratic election being held is being received positively, we note that this is already the fifth time since 2014 that the Prime Minister has committed to holding an election, with the first four occasions all culminating in postponements.
As Pakistan’s political drama continues to unfold, the indictment of former Prime Minister Nawaz Shariff has been suspended until next week by the anti-corruption court. Shariff, along with two family members and Finance Minister Ishaq Dar, currently have three cases of corruption and money laundering registered against them.
Singapore’s economic growth rate accelerated to 4.6% YOY in Q3, up from 2.9% in Q2, on account of stronger manufacturing output.

LATIN AMERICA
MSCI Lat Am 2,966 +0.40%
The renegotiation of NAFTA is putting pressure on Mexican assets. Following the 4th of 7 rounds of negotiations scheduled to update the rules of the NAFTA agreement, there were several reports mentioning a poor outcome for Mexico such as a “sunset clause” (the agreement would expire every 5 years unless the 3 countries agree to renew it), a minimum US-manufactured content in automobiles to qualify for tax-free status or the Canadians and Americans negotiating on their own. The MXN has receded 7% vs. USD since mid-July giving back part of its YTD gains (9% appreciation). More volatility and uncertainty are likely in the short-term and in 2018 until the presidential elections.
Mexico’s headline inflation fell to 6.35% YOY in September, while core inflation decreased to 4.8% (from 5.0%) during the same period. However, the persistence in inflation led to the monetary policy committee members making hawkish statement last week like “2 rate cuts in 2018 is too optimistic” or “we do not rule out one more rate hike”.
Mexico’s industrial production fell 0.6% YOY in September.
Brazil retail sales dropped 0.5% MOM in August, as the temporary boost of FTGS withdrawal ended in July. However, compared to August 2016, core sales expanded 3.6%, marking a 5th consecutive gain after 24 months in negative territory.
Brazil’s CPI inflation surprised to the upside in September, at 0.16% MOM (consensus was 0.09%). Over the past 12 months, the IPCA accelerated to 2.54% in September, posting the first increase since August 2016. Despite the somewhat higher-than-expected inflation in September and likely acceleration in October, core inflation remains well below the low end of the Central Bank’s target and the short-term outlook remains benign, which should allow the central bank to further ease monetary policy.
Chile’s USD 714Mn trade surplus in September came in above consensus, resulting in a USD 1.5Bn surplus in 3Q17 and a rolling 12-month trade surplus at a comfortable USD 5.6Bn, (vs. USD 5.3Bn in 2016). This reaffirms low external vulnerabilities for Chile. Copper prices helped 3Q17 exports growth which was up 17.7% YOY (8.0% in 2Q17 and 4.7% in 1Q17).
Following good business consumer confidence numbers last week, Chile’s consumer confidence reached 45.9 points in September. It is still in pessimistic territory (50 is neutral), but up 12.5 pts in a 12-month period and sits at the highest level since July 2014.

AFRICA
MSCI Africa 907 +5.02%
South Africa’s Supreme Court of Appeal ruled to reinstate bribery and corruption charges against President Zuma after a lower court found that the decision to drop the charges was “irrational.”
Zuma has survived many charges during his presidency and is likely to be out of power before the charges play out in court. Nonetheless, the case will undermine Zuma-backed candidates in the upcoming ANC conference in December where a new ANC leader will be elected. Furthermore, given recent election results in the big cities where the ANC has lost ground to the opposition party, association with out-of-favour Zuma will be toxic in a general election. This development could therefore be positive for the relatively uncompromised candidates within the ANC.
Staying in South Africa, mining data were stronger than expected in the month of August, up 6.9% YOY and seasonally adjusted production increased by 5.3% in August 2017 compared with July 2017.
The data print suggests that the important mining sector is poised to make a significant positive contribution to Q3 GDP data, and together with a market friendly candidate winning the upcoming ANC leadership election (which is looking more likely) should see the full potential of South Africa assets realised.
Kenya’s never-ending election saga took several turns this week:

This week’s global market outlook is powered by Alquity  www.alquity.com