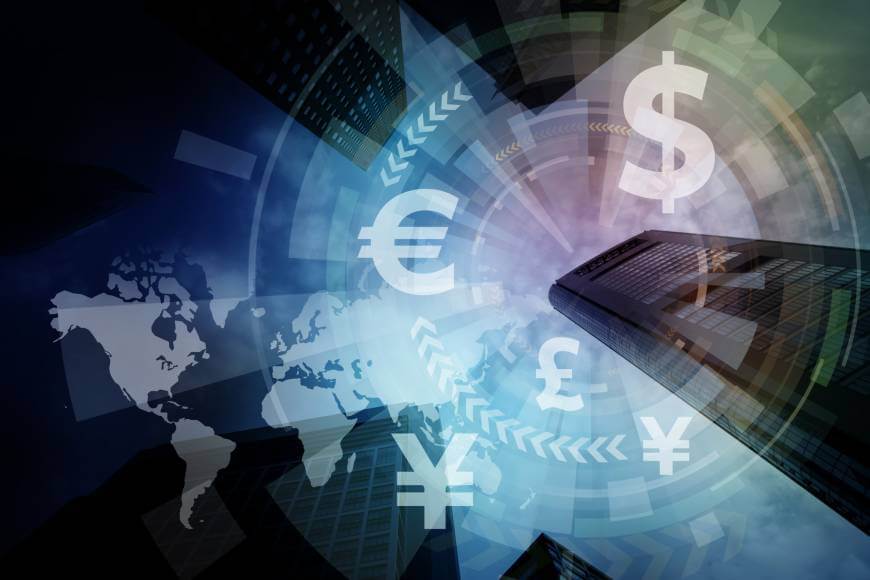 CENTRAL BANKS ACROSS THE GLOBE AWAIT THE FED’S GREEN LIGHT
The Federal Reserve’s policy U-turn has been extensively covered during the previous weeks: a 25bp rate cut and pausing the balance sheet run-off at the end of July seem like a done deal. Now, it is time to look around what other central banks across the globe could do. In general, central banks operating in a benign inflationary environment and in economies that are not too susceptible to external shocks may find room for policy manoeuvre to ease financial conditions in the coming months either by outright slashing their policy rates and/or by injecting additional liquidity into their domestic money markets (e.g. Indonesia, the Philippines, Brazil, Chile, Peru, South Africa, Egypt, etc.). As a result, emerging economies will enjoy the benefits of (increasingly) accommodative monetary stances and will exhibit stronger domestic economic activity.

UNITED STATES
S&P 2,990 -0.29%, 10yr Treasury 2.02% -4.89bps, HY Credit Index 338 +0bps, Vix 13.28 -.32Vol
The pricing by the Fed funds futures continues to imply a 25bp rate cut at the end of July. As expectations for monetary easing by the Federal Reserve firm, the USD gradually sheds its strength. Consequently, the broad USD index (DXY) declined 0.5% on the week. The Treasury curve steepened, as the 2-year yield was broadly flat at 1.85%, whilst the 10-year yield rose 9bp to 2.12%, bringing the 2s10s spread to 27bp. Meanwhile, the majority of the stock indices in the US gained: the S&P500 was up 0.8%, whilst the Nasdaq Composite gained 1%.
Fed Chair Powell claimed in his congressional testimonial speech that the US’ domestic economy remains strong, but downplayed the idea of the labour market being ‘hot.’ Furthermore, the Chair emphasised that ‘uncertainties around trade tensions and concerns about the strength of the global economy continue to weigh on the US economic outlook. Inflation pressures remain muted’.

ASIA
HSCEI 10,706 -0.36%, Nikkei 21,513.18 -0.28%, 10yr JGB- 0.15% 0bps, USDJPY 108.300 +0.36%
Investor sentiment in Asia was increasingly risk-averse during the week. US President Trump’s tweet was one of the key factors that soured sentiment. As a result, the majority of the broad stock indices declined: the Bangladeshi benchmark declined 2.7%, Chinese “A” shares were down 2.5%, the whilst Indian Nifty50 decreased 2.2% (all in USD). In contrast, the Sri Lankan, Indonesian and the Philippine markets performed strongly during the week, as they gained 1.3%, 1,1% and 0.7% (all in USD), respectively.
Chinese real GDP growth was 6.2% YoY in 2Q19, vs. 6.4% YoY in 1Q19. The rate of growth in 2Q19 matched the Bloomberg consensus. (A detailed breakdown is due later.) Monthly data, such as fixed asset investments, retail sales and industrial production in June surprised positively:

Inflation in India remained depressed, as the headline gauge was 3.2% YoY in June, barely faster than in the previous month. Two key inflationary trends persisted in June: the acceleration of food inflation continued, whilst consumer price inflation of the rest of the consumer basket somewhat moderated.
Headline CPI inflation hovered well below the central bank’s 4% inflation target once again. Depressed inflation and a prudent budget allow room for the RBI to further reduce the policy interest rate to support the Indian economy’s cyclical recovery.
According to the Governor of the Philippine central bank, there is increasing room for further rate cuts in 2H19, as inflation remains comfortably low and the external environment is becoming increasingly supportive.

LATIN AMERICA
MSCI Lat Am 2,910 -1.24%
Investor sentiment in Latin America was mostly positive. In this environment, the Colombian (+2.3% in USD) and Brazilian markets (+2% in USD) performed strongly, whilst the Mexican benchmark index declined 1.7% in USD.
In Brazil, the major clauses of the constitutional amendment bill were passed by the Lower House. The support of the bill was surprisingly high, as it secured 379 ayes vs. the minimum hurdle of 308 votes (i.e. 60% of the House votes). Such a great support means that the bill was also supported by many opposition MPs.
The resounding majority to pass the bill gave the market confidence that the reform process remains very much on track. Furthermore, the fact that the planned amount of savings (about BRL 1tn over 10 years) have not been watered down yet provides additional comfort. Such a positive outcome implies that the central bank could ease financial conditions in 3Q-4Q19.
The minutes by the central bank of Mexico maintained a neutral tone in terms of the outlook for the policy interest rate. Members of the MPC pointed out the deterioration of domestic activity and many argued that the Mexican economy could reach a cyclical bottom in the coming quarters. The MPC acknowledged the recent softness in headline inflation, but the majority pointed out that there were upside risks to the inflation’s forward-looking trajectory.
Carlos Urzua, the Minister of Finance in Mexico unexpectedly resigned during the week. Mr. Urzua was replaced with Arturo Herrera.
The Peruvian central bank kept the policy rate on hold. MPC members noted that there were downside risks to inflation due to weaker-than-expected domestic demand. For the time being, the MPC considered the monetary policy stance appropriate.

AFRICA
MSCI Africa 813 -0.68%
African markets delivered a mixed performance. The Moroccan (+1.1% in USD) and South African markets (+0.9% in USD) outperformed their African peers, whilst the Egyptian (-1.6% in USD) and the Nigerian markets (-2.5% in USD) performed poorly during the week.
Headline inflation in Egypt fell to 9.4% YoY in June, down from 14.1% YoY in May. The sharp deceleration in inflation was due to the high base a year ago and to lower food prices (mainly vegetables), as the post-Eid seasonal factors could have kicked in, in June. Meanwhile, core inflation – a gauge that strips out volatile food and energy prices – slowed to 6.4% YoY in June.
Although inflation in Egypt slowed, the central bank of Egypt held the policy rates stable, the deposit rate at 15.75%, and the lending rate at 16.75%.
Should disinflation persist in the coming months, the central bank will most likely opt for the second rate cut this year very soon.
Manufacturing activity in South Africa remained sluggish, as the annual growth of manufacturing output was 1% in May. In a monthly comparison, manufacturing output contracted by 1.5%.
Morocco’s planning agency downgraded the country’s economic growth forecasts from 2.9% to 2.7% for 2019, citing a dip in agricultural production. The agency said it expected the Moroccan economy to grow 3.4% in 2020, with an improvement in foreign demand and prospects for a better harvest. Growth was 3% in 2018.
This week’s global market outlook is powered by Alquity www.alquity.com