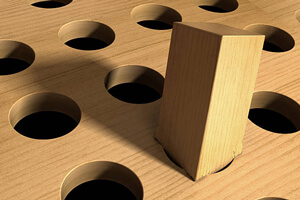 ONE SIZE DOES NOT FIT ALL
As the global economy normalises after 18 months of perfect calm, a number of flash points are emerging:

In Asia, China and India are outpacing expectations, in Africa the medium-term potential for Egypt and South Africa is improving and in Latin America much of the region is still enjoying favourable cyclical tailwinds.

UNITED STATES
S&P 2,728 +2.41%, 10yr Treasury 2.97% +1.98bps, HY Credit Index 332 -12bps, Vix 12.65 -2.12Vol
Last week, the S&P 500 had its best week in 2 months and the VIX volatility index hit its lowest level since January. In fixed income, bond yields rose, albeit the curve again flattened (43bps spread between US 2 and 10 year bonds).
From a macro data perspective, the main release was inflation data for April, with Core CPI coming in slightly lower than expected at 2.1% YOY. On Tuesday retail sales for April will be released.
Elsewhere, Donald Trump returned to the front page after he announced the US was withdrawing from the “Joint Comprehensive Plan of Action” (JCPOA) on Iran and reinstating all US nuclear-related sanctions. This has repercussions for many European firms doing business with Iran and prompted a joint statement by French President Macron and German Chancellor Merkel expressing their “regret and concern” as well as a call from British PM Theresa May to reiterate her support for the deal. Indeed, Merkel went on to comment: “It is in our interest to have a strong transatlantic relationship [but] if everybody does what they like, then this is bad news for the world.” Further the French Finance Minister stated: “Do we accept that the United States is the economic gendarme of the planet? The answer is no.” Oil prices also rose after the news, with WTI breaching USD 70 per barrel for the first time since 2014.

EUROPE
Eurostoxx 3,566 +0.38%, German Bund 0.57% +1.50bps, Xover Credit Index 269 -5bps, USDEUR .837 +0.06%
European equities lagged their US peers last week, with Italy providing a notable drag. Indeed, Italian bond yields rose after news that the anti-establishment parties 5 Star Movement and Northern League were close to agreeing a coalition government. Following meetings over the weekend, the largest outstanding question appears to be who would lead the alliance.
Industrial production numbers for March were mixed, France declining but Germany and Italy rising above expectations.
In the UK, the Bank of England (BOE) left rates on hold at 0.50% (voting 7-2 to maintain the status quo) stating “there was value in seeing how the data unfolded over the coming months, to discern whether the softness in Q1 might persist” and “the costs to waiting for additional information were likely to be modest, given the need for only limited tightening over the forecast period to return inflation sustainably to the target.” Meanwhile, the RICS house price survey suffered its biggest monthly fall in 6 years in April, with a net 8% of surveyors reporting decline in prices. In particular, London is weighing down the index as 65% of agents registered falls.

ASIA
HSCEI 12,516 +3.82%, Nikkei 22,865.86 +1.86%, 10yr JGB 0.05% +0bps, USDJPY 109.500 +0.23%
Despite ongoing uncertainty over trade relations with the US, China’s trade activity remained firm in April. Exports rebounded from -2.7% YOY in March to 12.9% growth, while import growth accelerated from 14.4% to 21.5%. Inflation in China remains benign, with CPI and PPI printing at 1.8% and 3.4% respectively.
China hosted North Korean leader Kim Jong-un for a second time last week, with the supreme leader of the hermit nation holding discussions with Chinese President Xi Jinping ahead of a historic meeting scheduled with President Trump in Singapore next month. According to official releases from Chinese state media, further progress was made on denuclearisation of the peninsular and the prospect of greater cooperation between China and North Korea.
In a shocking turn of events, compared in significance to the Trump and Brexit votes, Malaysia’s general election saw the incumbent Barisan Nasional party defeated, and the first victory for an opposition party since the country’s independence in 1963. The Pakatan Harapan coalition will now form a government, with 92-year old former Prime Minister Mahathir Mohammad temporarily taking the helm.
Whilst the result is being celebrated as a victory for democracy, after intense gerrymandering and growing authoritarianism from the ruling government, markets quickly sobered up to the realities of what the coalition government could mean for the economy. After a campaign filled with promises to remove the goods and services tax, raise minimum wages and reintroduce fuel subsidies, rating agencies have been quick to point out that the election results will likely prove credit-negative for Malaysia. Whilst local markets were closed for two days, futures immediately priced in a 4.7% drop in the value of the Ringgit against the dollar, while CDS spreads on government paper rose to a one-year high.
Indonesia’ economy softened marginally in Q1 2018, with GDP growth dropping to 5.1% YOY, down from 5.2% in Q4 2017. Exports and household consumption weighed on growth. This was followed up by an official statement from central bank governor Agus Martowardojo, noting that Bank Indonesia had been using foreign reserves to stabilise the currency and that “strict and consistent monetary policy measures” will be required going forward, which the market interpreted as incrementally more hawkish.
The Philippines’ central bank raised interest rates by 25bps to 3.25%, in line with expectation. The hike comes in response to above target inflation, as well as the peso beginning 2018 as one of Asia’s worst performing currencies, down -4.9% against the dollar year to date. The central bank also raised its inflation forecasts, from 3.9% to 4.6% in 2018 and from 3.0% to 3.4% in 2019.
Despite FX and inflation pressure, growth remains robust in the Philippines, with the economy accelerating from 6.5% YOY in Q4 2017 to 6.8% in Q1 2018, boosted by stronger investment spending.
With above target inflation and strong growth, combined with higher oil prices and currency pressure, there is strong potential for further rate hikes in the Philippines later in the year.

LATIN AMERICA
MSCI Lat Am 2,818 +0.64%
Fitch maintained Colombia’s BBB rating and retained its stable outlook. The agency remarked on the overall macro improvement of Colombia since 2016, with relatively positive comments on inflation, current account deficit, future GDP growth and the stabilization of the debt burden.
Presidential elections are highly likely to result in the continuation of its macroeconomic policies.
Data releases this week illustrated the positive trends in the country:

Chile’s GDP grew 4% YOY in 1Q18, a strong economic rebound driven by favourable commodity prices and mining exports, but also non-mining activity benefited from a low base. After correcting for seasonal and calendar effects, growth in the quarter was 5.0% (3.3% in 4Q17), the most elevated since 3Q12.
Strong business and consumer confidence, benign inflation (1.9% YOY in April) and another large trade surplus of USD 983mn in April bodes well for the continuation of Chile’s economic recovery and for its economy to post a much better performance in 2018 than the 1.5% YOY growth in 2017.
The Argentine government has initiated discussions with the IMF to obtain credit support in the form of a Stand-By Facility, in which the country pledges to meet certain quantitative indicators and adopt specific policy measures. The stringency in these imposed conditions will be crucial to assess the effect of its short-term macroeconomic outlook.  Based on past experience, a simultaneous tightening of monetary and fiscal policy of this kind is almost universally growth-negative.
20 years after Argentina’s default and the IMF intervention, it will be politically and socially difficult for President Macri to sell this option to Argentines. This may help to temporarily stem the run on the ARS. However, there is no getting away from adjusting the twin deficits very quickly.
Mexico’s CPI inflation came in at 4.55% in April, below market expectations.
The inflation dynamic is welcoming in Mexico, however it is still dependent on the MXN moves. Higher real rates decrease the pressure on the MXN, as well as lowering the likelihood of an interest rate increase by the central bank.

AFRICA
MSCI Africa 943 +4.09%
Egypt’s headline inflation fell to 13.1% YOY in April from 13.3% in March, the lowest inflation rate since May of 2016. On a MOM basis, inflation increased 1.5% in April from 1.0% in March.
Inflation falling to within the central bank’s target range of 13%, plus or minus 3 percentage points, has spurred talk of further rate cuts at the central bank’s rate meeting in May. However, given the inflationary impact of Ramadan and planned subsidies cuts at the start of the new fiscal year in July, the central bank is likely to hold off until the second half of the year.
Staying in Egypt, S&P raised the country’s sovereign credit rating to ‘B’ from ‘B-’ with a stable outlook, balancing the falling current account deficit, decreasing inflation levels, and stronger growth prospects against risks from still-high fiscal deficits and a high stock of relatively short-dated government debt issued at high interest rates. The ratings agency also forecasts GDP growth will reach 5.2% in FY2017-18 and upped its expectation for growth over the next four years to 5.4% from 4.4%.
In South Africa, manufacturing output contracted by 1.3% YOY in March following a revised 0.5% expansion in February, while mining production decreased by 8.4% YOY in March.
The weak output from two sectors which account for 20% of overall GDP, puts pressure on the country’s recovery.