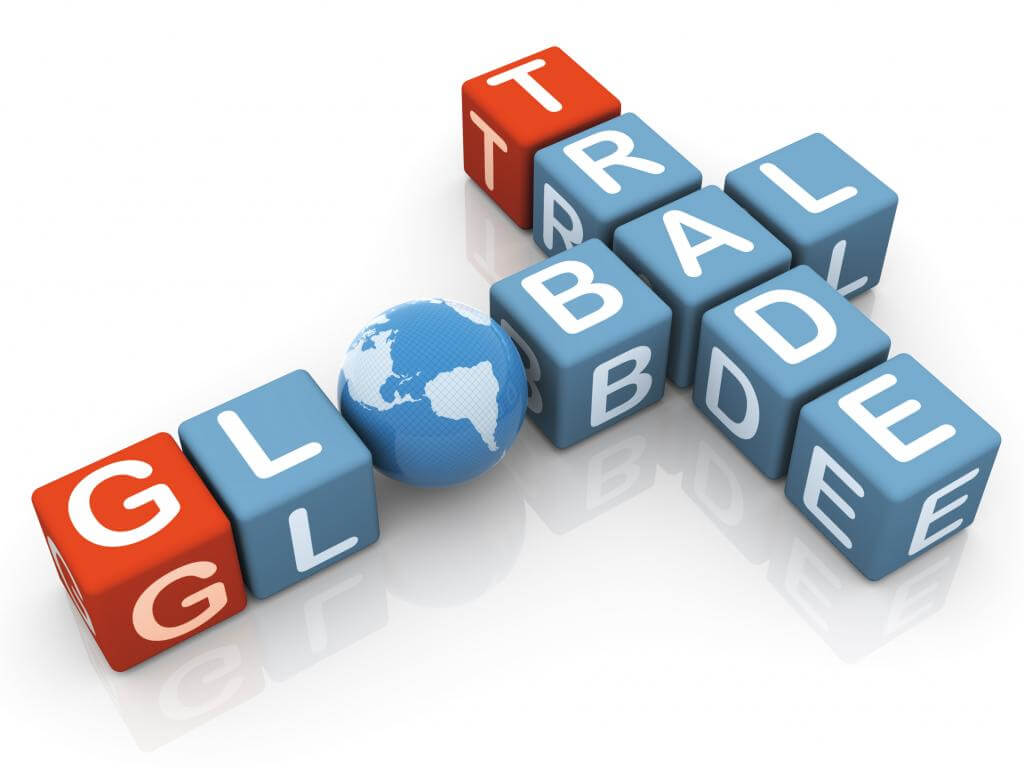 THE TRADE DISPUTE GOES ON
Although the economic diaries in the US and China were virtually empty last week, markets did not have time to recuperate, as the trade tensions between the US and China further escalated. A week ago, trade tensions entered a new chapter, as the Chinese renminbi crossed the psychologically important level of 7 vs. the greenback. In the new chapter of the trade war saga, the US formally labelled China as a ‘currency manipulator.’ Later, President Trump claimed that the trade negotiation scheduled for September could be cancelled. As a retaliatory measure, China banned the imports of agricultural products from the US.
As a result of the increased degree of economic uncertainty, the appetite for risky assets have abated, as investors sought safe haven assets. This week the macro data from the US and China will allow the market to re-assess the prospects for the world economy.

UNITED STATES
S&P 2,919 -0.46%, 10yr Treasury 1.70% -10.05bps, HY Credit Index 355 +15bps, Vix 18.66 +0.36Vol
As trade tensions further escalated between the US and China, the degree of volatility in US financial markets rose. As a result, stock indices were choppy during the week and the majority of them finished the week in the red; the S&P500 declined 0.5%, whilst the Nasdaq Composite lost 0.6% of its value. Meanwhile in the fixed income space, US Treasury yields plummeted again, due to the increasing aversion to risky assets. Consequently, the whole Treasury curve shifted downwards by 7-10bp. At the end of the week, the 10-year Treasury yield was 1.74%. The gap between the Fed’s forward guidance on interest rates and the trajectory implied by the Fed funds futures remained enormous. The broad market continues to price a large-scale monetary easing, which could drive the Fed funds rate down 100bp to 1.00-1.25% by the end of 2020.

EUROPE
Eurostoxx 3,347 -0.39%, German Bund -0.59% -8.10bps, Xover Credit Index 285 -15bps, USDEUR .895 -0.86%
Stock markets in the Euro Area and the UK performed poorly during the week due to increasing growth concerns and the jitters induced by the escalation of trade tensions between the US and China. As a result, Germany’s DAX decreased by 0.7% in USD, whilst the FTSE100 dropped 2.7% in USD. As investors continued to favour safe-haven assets over risky ones, sovereign bond yields further declined and hit new historical lows: by the end of the week, the German 10-year yield decreased to -0.58%.

ASIA
HSCEI 9,998 -3.62%, Nikkei 20,685 -0.91%, 10yr JGB -0.22% 0bps, USDJPY 105.310 -1.00%
Increasing trade tensions between the US and China weighed on investor sentiment in Asia. As a result, the majority of the stock indices declined during the week. The Pakistani market (-6.6% in USD), Chinese “A” shares (-4.9% in USD) and the Philippine market (-4.2% in USD) underperformed their regional peers.
Consumer price (CPI) inflation in China accelerated to 2.8% YoY in July, primarily driven by food inflation (+9.1% YoY). The quickly rising prices of pork accounted for the accelerating food inflation, due to the supply-demand imbalances of pork. In contrast, producer price (PPI) inflation slipped to -0.3% YoY. Meanwhile, the Chinese foreign trade surplus increased to USD 45.1bn in July. The rising trade surplus is explained by the fact that the value of exports in USD rose 3.3% YoY in July, whilst the USD value of imports contracted 1.3% YoY. The bounce in exports growth was primarily due to stronger exports in mechanical and electrical goods.
China was labelled as a ‘currency manipulator’ by the US based on qualitative criteria set out by the Omnibus Trade and Competitiveness Act of 1988. According to the framework, the US will engage China in ‘enhanced’ negotiations and monitoring, which will last for 12 months. In retaliation to the measures taken by the US, China fully suspended the purchases of US agricultural products.
The Reserve Bank of India cut the policy rate by 35bp to 5.40% and maintained its ‘accommodative’ stance. The MPC argued that a persistently low inflation (below the RBI’s 4% target) allowed for the continuation of the loosening cycle started at the beginning of 2019. The RBI also brought a set of regulatory measures, including relaxing the rules for lending by NBFCs to consumers. Furthermore, banks are now allowed to increase their lending activity to NBFCs. The combination of these measures will alleviate the slowdown in the lending activity to the real economy (i.e. households and SMEs).
Consumer price inflation in the Philippines further slowed to 2.4% YoY in July. Consequently, inflation remained well below the central bank’s 3% inflation target. Later the latest GDP statistics were released, which revealed that the Philippine economy grew 5.5% YoY in 2Q19, slower than in the previous quarter – significantly underwhelming the median market expectation. As a result of the combination of soft inflation and disappointing real GDP growth, the central bank loosened financial conditions by reducing the key policy rate 25bp to 4.25%.
Depending on the external environment and domestic economic growth prospects, the central bank can further reduce the policy rate in the coming months.
In an unexpected move, the Bank of Thailand reduced the policy rate by 25bp to 1.50%. The decision was not unanimous, as two out of the five MPC members voted for keeping the policy rate stable. According to the MPC, the rate cut was needed to prevent a material slowdown in lending and to address the strength of the baht.

LATIN AMERICA
MSCI Lat Am 2,767 +0.19%
Latin American stock markets reacted sensitively to the increasing trade tensions between the US and China. Peru’s and Colombia’s stock indices lost 2% and 0.8% in USD, respectively. In contrast, the Chilean (+0.6% in USD) and Mexican (+0.5% in USD) markets rose, whilst the Brazilian one was flat in USD terms.
The Brazilian Lower House approved the pension reform bill with a large margin (370-124). The pension reform is needed to bring public debt to sustainable levels, restore investor confidence and boost economic growth. In its current form, the reform could save a substantial amount, more than BRL 800-900bn over the next 10 years. The bill needs the Senate’s approval as well, where a three-fifth majority is needed in two rounds of voting. The Senate will likely vote on it in the second half of September.
Fixed investments in Mexico declined 2.7% MoM SA in May, due to the weakening activity in construction. The monthly decline translates into a 6.9% fall in an annual comparison in terms of investment activity. Consumption followed suit by declining 0.2% MoM, which meant that the volume of domestic private consumption grew by a meagre 0.3% YoY in May. Meanwhile, industrial output continued to contract in June, when volume decreased 2.9% YoY.
The central bank of Peru cut the key policy rate by 25bp 2.50% – joining other monetary authorities around the globe to boost GDP growth. The MPC argued that the rate cut was justified by that fact that the outlook for non-agricultural economic activity recently deteriorated.

AFRICA
MSCI Africa 734 -4.81%
The increasing degree of global risk aversion weighed on the performance of the South African stock index, which declined 3.7% in USD during the week, wiping out almost all of the gains year-to-date. As opposed to the weak performance of the South African market, the Egyptian index (+4.3% in USD) performed very strongly – bringing the year-to-date gains to 12.7% in USD.
Manufacturing production in South Africa contracted 3.2% YoY in June. The prospects of the South African industry remain weak, according to the latest PMI releases. Although manufacturing PMI in South Africa improved to 48.4 in July, the figure remained below the 50-point threshold. The sub-50 figure implies that industrial output will continue to contract in the coming months.
Unemployment rate in Egypt decreased to 7.5% in 2Q19. The degree of decline was significant, since the metric was 9.9% in the same period of the previous year. Meanwhile, inflation slowed to 8.7% YoY in July – a four-year low. The broad-based nature of easing price pressures brought the core gauge down as well, which was registered at 5.9% YoY. Furthermore, the PMI for non-oil private sector activity strengthened to 50.3 in July – implying an increase in industrial output in the coming months.
The on-going structural easing of price pressures provide room for the central bank to reduce the policy rate, which is currently set at 15.75%. Further interest rate cuts will boost real GDP growth in Egypt.
This week’s global market outlook is powered by Alquity www.alquity.com