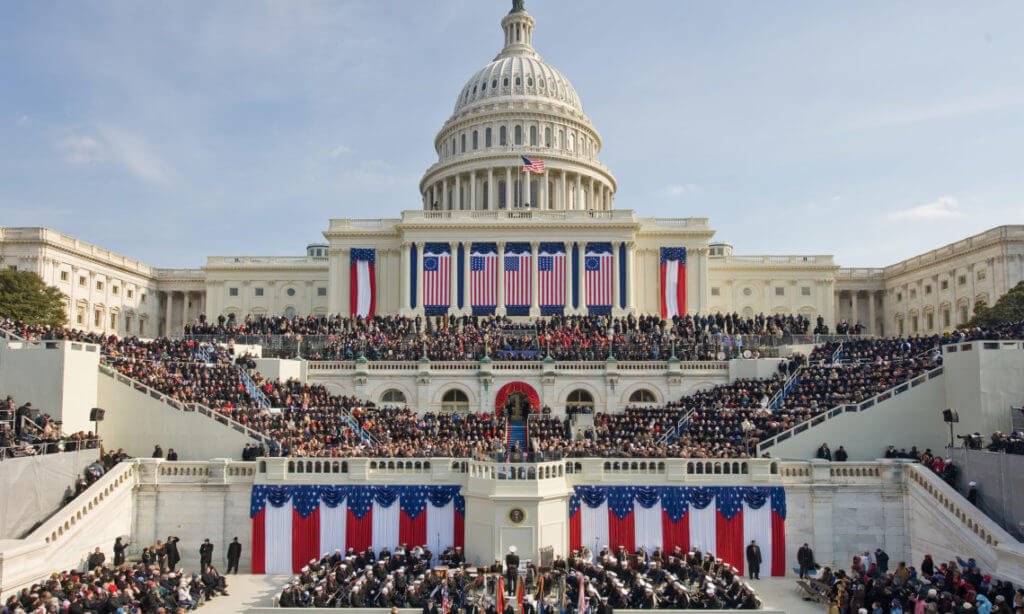 President-elect Joe Biden has a chance to deliver swift and efficient crisis management measures as soon as he is inaugurated on the 20th January. His Democratic Party will have a thin majority in the House (D222-R211), whilst Vice President-elect Kamala Harris will hold the tie-breaking vote in the Senate, where both parties will have an equal number of votes after the Democrats clinched both seats in the Georgia runoff election.

It is already known that former Fed Chair Janet Yellen will steer the Treasury and be responsible for engineering both the economic relief package and subsequently lead the transformation of the economy post crisis. Ms Yellen is known for her somewhat left-leaning views, whilst strongly holding onto the idea of macro-financial stability. In our understanding, the incoming Treasury Secretary will stick to a very lax fiscal stance in the near term, which will drive the US economy’s recovery from the second-leg of the double dip recession in 2Q21 at the earliest. Such a lax budgetary approach combined with the Federal Reserve’s ultra-accommodative stance will further deepen negative real interest rates, which in turn will accelerate the depreciation of the US dollar and boost investors’ appetite for riskier assets.

PMIs were for December were released and painted a surprisingly upbeat picture across some Developed and many Emerging Markets. China (53), India (56.4) and Brazil (61.5) produced stronger manufacturing PMI prints in December than many of their peers. Overall, the global gauge for manufacturing activity finished the year at 53.8 – suggesting the continuation of economic recovery’s healthy pace and sustained growth across the globe, despite the risks posed by the pandemic. Going forward growth will continue in key Asian economies, whilst momentum in the Latin American region will further build and begin to catch up with the leading EM Asian countries.

China was one of the very first countries around the globe to emerge from the covid-induced slump. Not only has the world’s second largest economy shrugged off the economic consequences almost immediately, but it has also returned to its pre-crisis growth trajectory by the end of 2020 as if nothing ever happened. As a result of the Chinese authorities’ concerted efforts to bolster domestic drivers (such as public investments), the overall size of the economy was larger at the end of 2020 than in the previous year, according to the publicly available monthly macro indicators (we will see the actual 2020 GDP figure on the 18th January). Compared with developed economies, China performed exceptionally well economically under unprecedented circumstances, as GDP in most major economies (including the US, the UK and Euro Area) will not surpass their pre-crisis highs before 2022-23. Looking forward, growth momentum in China will undoubtedly continue, as for example evidenced by all PMI prints in December. Although the government has not announced an official GDP growth target for 2021, it is likely that they would not be content with anything below 5.5% as they want to double the size of the economy by 2035 (as previously outlined by President Xi Jinping).

However, since the administration’s longstanding preference of financial stability over excessive growth still stands (i.e. slowly withdrawing monetary accommodation and reducing the degree of macro leverage in a gradual and orderly manner). By abandoning the announcement of an explicit GDP growth target, the government has increased its own flexibility and thus will be able to put more emphasis on other important objectives, such as cutting carbon emissions, promoting green solutions, and achieving greater control over debt.

Farmers from Northern India have been protesting three laws that were brought by the government to deregulate the buying and selling of agricultural goods. The new regulations would allow food processors and big retailers to directly buy from farmers, replacing the government- regulated wholesale markets. As a result, the buying and selling of agricultural goods would move towards the open markets, which – farmers argue – could lead to corporations exploiting them threatening their livelihood.

According to the government, the state-regulated markets will continue to exist alongside the new open markets and have offered to give written assurances to the farmers they will continue to get a minimum price for their crops. This has been accepted by farmers in many regions, but the Northern farmers continue to negotiate with the government towards an amicable resolution.

This month’s global market outlook is powered by Alquity www.alquity.com

Life Insurance – Who Needs It and How Much?

“Chad is a pleasure work with, throughout my dealings with him he has always maintained care for our relationship over and above my portfolio. He has ensured our communication and working timelines are met to the highest standard. I’ve found Chad to be very thorough and more than happy to take the time always to keep me updated and continue to answer all questions in a timely and professional manner. He is also very personable and courteous, with a keen attitude to deliver the best service. Chad keeps updated on current market developments and regulations, and his attention to detail and analysis of my portfolio has been most informative and insightful. In my opinion, Chad is a knowledgeable and professional advisor, and I feel comfortable entrusting my international arrangements and overall portfolio management to him. I would happily recommend Chad to others who require assistance regarding their financial planning.”
Warren Drue - Partner- WEBBER WENTZEL
“Warwick Hamilton has, since 2014, been the financial advisor dealing with the proceeds of my UK pension, invested via QROPS in an STM Pension Transfer Plan. I am sure that I am not his biggest client but you would not think so, given the excellent support and service that he gives me. I have been continuously impressed by the way he ensures that these investments are managed to perform well, align with my risk profile; and with his ethical, informative, honest and straightforward way of handling those affairs. I have kept these investments with Warwick despite approaches to change financial advisors because he ensures that I am kept well informed and I trust him.”
Dr Leslie Alan Carlo
“I’ve been always targeted by many financial advisors and International investment groups over the years. I have had one fund with an offshore investment group before which I canceled in 2008 and since then I was uncertain if I should do something again. I met Kirk in 2014 and he kept contact with me over the next few years. In 2017 I thought of investing and starting some fund and I have immediately contacted Kirk since he has left a very strong impression as a competent, pleasant, and very well informed advisor. Now I have a few funds with AMA and I am very happy with the service level, professionalism, and guidance from Kirk. I am very confident that I will reach my future goals.”
Ivan Stefanovic - Commercial Director - Scania