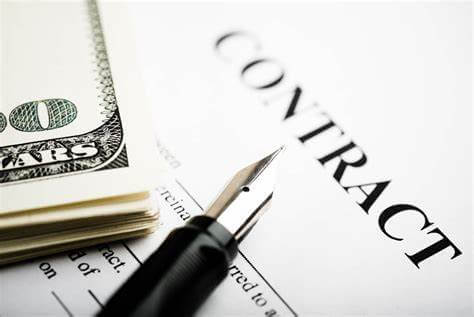 APRIL JOBS REPORT PAINTS A BLEAK PICTURE OF THE U.S. LABOUR MARKET
The latest jobs report in the US highlighted the enormous economic damage brought about by the coronavirus. In April, 20.5 million jobs were shed in the US economy, which in turn translated into a sharp increase in the unemployment rate, to 14.7% (vs. 4.4% in March). The jobless rate eclipsed the previous record of 10.8% registered during the Great Depression. The survey also showed a large number of workers who said they were ‘employed but absent from work,’ i.e. temporarily laid off, which does not show up in official statistics. To mitigate the longer-term impact of the economic shutdown, some states have already started to reopen with restrictions (e.g. South Carolina, Georgia, Texas, etc.). PMIs in the US signalled that the economic damage in 2Q20 would likely be larger than in the first quarter, as the Markit Composite PMI index (incorporating both manufacturing and services) fell to 27 in April, vs 40.9.
Rising stock indices in the US are in stark contrast with actual economic data points. New data releases (April retail sales and industrial production) this week will help sense check the market’s hypothesis.

EUROPE
Eurostoxx 2,908 -1.95%, German Bund -0.54% +4.90bps, Xover Credit Index 511 -10bps, USDEUR .922 +1.31%
Investor sentiment in European stock markets was risk-averse, the major indices in the Euro Area declined during the week: the German DAX was down 0.4%, the French CAC 40 decreased 1.3%, the Italian benchmark lost 2.2% of its value, whilst the Spanish index fell 2.8% (all in USD). Despite the risk-aversion on the continent, the UK’s FTSE 100 index rose 1.7% in USD by the end of the trading week. Meanwhile, longer-dated government bond yields in the Eurozone rose (the 10-year German Bund yield increased 5bp to -0.54%), as risk premia on periphery bonds widened. As opposed to the German yield developments, the UK’s 10-year government bond yield remained largely flat, at 0.24%.

ASIA
HSCEI 9,868 -1.73%, Nikkei 20,179.09 +3.02%, 10yr JGB 0.00% +0bps, USDJPY 106.610 -0.16%
Investor sentiment in emerging Asian stock markets was mixed during the week. The Vietnamese index rose 6.1% in USD followed by Chinese “A,” which rose 1.1% in USD. In contrast, Chinese “H” shares were down 1.7% in USD.
China’s administration has been considering the option of not setting a numerical target for real GDP growth this year given the uncertainty caused by the global coronavirus pandemic, according to media reports. Such a move would provide the government additional flexibility in the management of the economy, and policymakers would not be pressured to chase an unrealistically high target for example by ramping up additional debt. The country’s National Development and Reform Commission will start on the 22nd May when the main agenda for economic policy for 2020 will be revealed.
The Philippine economy contracted for the first time since the Asian Financial Crisis in 1998, as real GDP in the declined 0.2% YoY in 1Q20 (vs. 6% in full-year 2019). On the demand side of the national accounts, private consumption rose 0.2% YoY, government spending growth decelerated to 7.1% YoY, whilst investment activity fell 4.3% YoY. Meanwhile, the production side was characterised by a contraction in agricultural and industrial activity, whilst services growth sharply slowed to 1.4% YoY, as transportation and hospitality services declined. The deterioration in economic activity is predominantly due to the lockdown of Luzon Island since the middle of March, which generates about 73% of the Philippine GDP. Policymakers have taken comprehensive measures to shore up the economy. For example, the central banks have reduced the key policy rate to a historical low of 2.75% and cut the reserve requirement ratio by 200bp to provide additional liquidity. Meanwhile, the government has proposed a fiscal stimulus package worth ca. 3.3% of GDP, which has been deliberated in Congress.
Economic growth in Indonesia slowed to 3% YoY in 1Q20, the slowest pace in almost two decades. The deceleration in private consumption growth (to 3% YoY) and a slowing investment activity (to 1.8% YoY) were the primary drivers of the unusually slow GDP growth. The government already provided a fiscal stimulus package of about 2.5% of GDP, whilst the central bank delivered policies to help fund the economic rescue package.
Consumer price inflation in Thailand was -3% YoY (negative), signalling that the Thai economy entered deflationary territory. The deeply deflationary number was mainly induced by sharply falling fuel prices. Other inflation components showed unusually weak price pressures, which could be linked to a weakness in domestic demand.

LATIN AMERICA
Investor sentiment in Latin American stock markets was mixed during the week. The Mexican (+4.5% in USD) and Peruvian (+3.8% in USD) stock indices rose, whilst the Brazilian benchmark declined (-4.3% in USD).
Brazil’s manufacturing PMI fell to 36 in April, down from 48.4 in March. Meanwhile, services PMI sharply decreased in April, to 27.4, vs 34.4 in March. These readings demonstrate the impact that the coronavirus outbreak has had on Brazil’s economy. Fitch Ratings acknowledged the severity of the impact by lowering its outlook on Brazil’s credit rating to ‘negative’ from ‘stable’ and forecasting a GDP contraction of 4% YoY. In a separate event, Brazil’s central bank cut the key interest rate by 75bp to a record low 3%. The magnitude of the decrease surprised many, but policymakers stated they are prepared to cut by a further 75bp in June ‘to counteract the economic consequences from the COVID-19 pandemic.’
The manufacturing PMI in Mexico decreased to 35 in April, down from 47.9 in March. According to the written commentary, the record low figure was due to ‘social distancing measures that drove factory closures and a collapse in demand.’ Later, Moody’s released an updated forecast for Mexico’s economic performance in 2020 of -7%. This is a sharp decrease from the previous forecast of – 3.7%.
Chile’s economic activity index declined 3.5% YoY in March. The decline in economic activity follows a 2.7% YoY increase in February. The finance minister commented that this result was expected and added that the effects of the coronavirus crisis will not be permanent.
The Central Bank of Peru (BCRP) held its reference rate unchanged at 0.25%. The Monetary Policy Committee’s statement highlighted the members expect inflation to remain at the lower bound of the inflation target range of 1-3% over the forecast horizon. The Committee added that it stood ready to take all measures needed to support the payments system and the credit flow to the economy. Finally, ‘the Board considers appropriate to maintain a strong monetary stimulus for a prolonged period during which the negative effects of the pandemic persist on inflation and its determinants.’

AFRICA
There was no clear direction in African stock markets, as the indices delivered a mixed performance by the end of Friday. Although the Kenyan (+5% in USD) and South African (+2.3% in USD) benchmarks rose, the Egyptian Hermes index declined (-4.6% in USD).
Egypt’s non-oil private sector PMI fell to 29.7 in April down from 44.2 in March. According to the written commentary, ‘the reading signalled a severe decline in business condition.’ This sentiment was echoed by the government’s update GDP growth forecast, which was adjusted downwards to 2%. The finance minister also announced that the budget deficit could increase to 7.8% of GDP in FY2021 (ending in June 2021), from the original target of 6.2%. Both forecasts are based on the expectation that the coronavirus crisis will continue until December. To ease the pressure on public funds during the crisis, Egypt’s parliament approved multiple new taxes. The taxes under the legislation include fees on petrol, diesel, duty-free goods, etc. A cabinet minister said that these taxes would not be paid by the consumer, but the state owned Egyptian General Petroleum Corporation. Later, inflation metrics were published, which reflected that headline CPI inflation accelerated to 5.9% YoY in April, whilst core inflation was 1.3% YoY. Both gauges remain below the central bank’s 6-12% target range.
South Africa’s PMI fell to 35.1 in April, down from 44.5 in March. The change is credited to the strict lockdown measures in place throughout April. The PMI figure is consistent with the Treasury’s outlook on the economy, which stipulates that the GDP contraction caused by the coronavirus could be ‘anything between minus 7% up to 12%.’ The severe economic situation caused the deputy finance minister to urge the central bank to directly buy government bonds to offset the government’s deficit.
The Nigerian Finance minister said that the government is in talks to defer debt service obligations to 2021 and beyond. She did not elaborate on whom the talks were with. This statement follows the announcement by government officials that Nigeria’s economy is forecasted to contract by 3.4% YoY.
This week’s global market outlook is powered by Alquity www.alquity.com