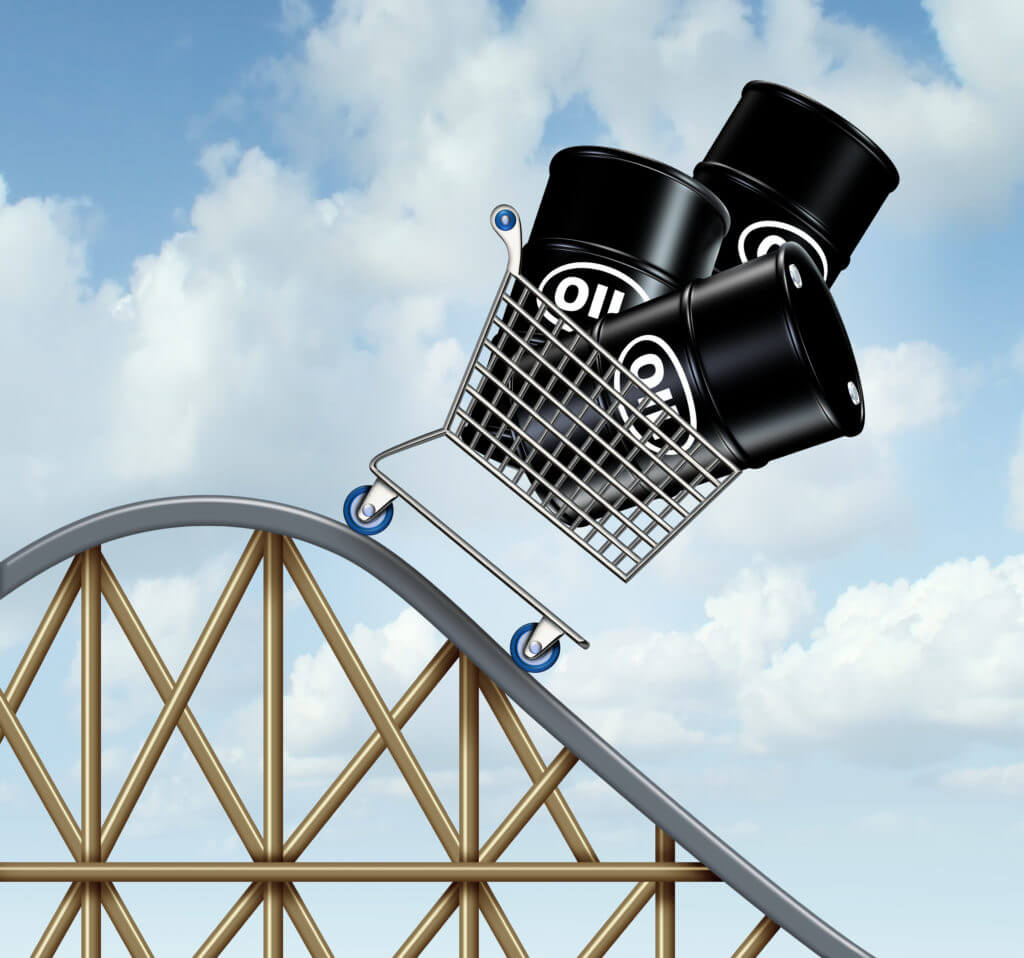 GROWING PAINS
The upturn in global bond yields continued into its second week as central bank meeting minutes and mostly positive data caused investors to reassess the longer-term outlook for interest rates. However, equities were more resilient than a week ago, ending mostly unchanged. Looking in more detail at bond market moves, it’s interesting to note curves steepened, with little action in shorter dated securities. This is to say, the market is not necessarily pricing higher interest rates, but the start of a withdrawal from quantitative easing. In the context of continued economic momentum across most of the globe (UK an obvious exception), this should surely be expected. As former FED Chairman Bill Martin said, the job of a central bank is “to take away the punch bowl just as the party gets going”. Nonetheless, whilst there is certainly room for rates to continue to trend higher (we are still talking about small moves and near all-time low yields), thoughts are such that it is unlikely we are going to see a “taper tantrum” yet. In 2013, US 10 year yields rose 150bps, as opposed to the last fortnight’s 25bps move, and this all comes in the context of limited inflationary pressures.
Oil experienced a roller coaster, hitting a 1 month high on Monday, before declining around 4% on the week amidst negative headlines; OPEC shipments and US shale production rising. This alludes to the theme of oil producing nations playing weak hands, which restrict their ability to manage the price higher.

Janet Yellen speaks to Congress on Wednesday and the Senate on Thursday this week.

EUROPE
Eurostoxx 3,472 +0.59%, German Bund 0.56% +10.70bps, Xover Credit Index 255 -9bps, EURUSD 1.140 +0.22%
At a speech European government bonds were at the epicentre of the bond market selloff last week; the German 10yr Bund yield has more than doubled in a fortnight – albeit this only represents a 32bps move to 0.57%.
Underlying the move is continued positive economic data and a (frankly very small) change in rhetoric from the ECB:

The ECB is likely to scale back QE, but appears acutely aware of the long way to go towards sustainable growth in Europe. The move in bond yields is therefore perhaps more symptomatic of the extremity of market positioning and the huge weight of central bank liquidity/distortion, rather than an important change in expectations.
Italy continued its belated banking sector recapitalisation last week, after the European Commission gave its approval to a restructuring plan for Monte Paschi. The real story here is that the EU has brought an end to the stalemate but breaking its own rules and allowing state aid. The precautionary recapitalisation will involve up to EUR 8.8bn of taxpayer money, as well as a shift of EUR 28.6bn in bad loans to the government sponsored bad-bank “Atlante”. As we’ve said before, you can look at this in 2 ways:

UK data was soft – manufacturing and services PMIs both declining (particularly in forward looking categories such as new orders and business expectations). Activity data was also lower.
The Russia rouble fell to a 5-month low against the USD on weak oil prices and ahead of the weekend’s G20 summit.

ASIA
HSCEI 1,023 -1.15%, Nikkei 2,008.00 -2.00%, 10yr JGB 0.09% +0bps, USDJPY 114.260 +1.35%
After two years of stability, Pakistan devalued the rupee by 3% on Wednesday, in an attempt to help rebalance the current account and stop the outflow of foreign reserves.
With the exchange rate having reached a point of between 10%-20% overvaluation on a real effective exchange rate basis, the central bank’s insistence in maintaining the value of the rupee against the US dollar had caused the country’s export sector to lose competitiveness. 61% of Pakistan’s exports come from the textile industry, where fierce competition exists from newly emerging global players such as Vietnam and Bangladesh.
This combined with steady import growth led to a widening current account deficit, from less than USD 1bn in Q4 2016 to USD 2.6bn in Q1 2017 (versus total annual GDP of $284bn). Remittances from overseas Pakistani workers, mostly in the Middle East, had also slowed.
FX reserves dropped to the level of 3.4 months of import coverage last quarter, below the IMF’s prescribed minimum threshold of 3 months.
A devaluation of some form had begun to be widely expected by the market over the last 12 months, in light of the deteriorating current account deficit and falling foreign reserves. The only factor suggesting that the government may refrain from allowing the rupee to weaken was the sensitive political backdrop.
China’s Caixin Manufacturing PMI rose in June to 50.4 (versus 49.6 in May) ending four months of decline. Caixin Services PMI declined, though remained above 50. The unofficial services index printed at 51.6, down from the 4-month high of 52.8 registered in May. The last services print of Q2 dragged the quarterly average down to slightly below that of Q1. Conversely, official non-manufacturing PMI strengthened in June.
India’s Services PMI improved in June to 53.1, up from 52.2 in May, reaching an 8-month high. The New Business sub-index drove the gains.
Philippines President Rodrigo Duterte celebrated one year in office this week by reaching an all-time high approval rating. According to the Social Weather Stations survey, 78% of Filipinos are satisfied with Duterte at present. This follows the Supreme Court’s decision to uphold the President’s decision to impose martial law on the island of Mindanao, in the face of an Islamic terrorist insurgency.
With public support at these levels, Duterte now has a strong footing on which to pursue his economic agenda, which is at present centred around tax reforms favourable to low income earners and on infrastructure spending.
Bank of Thailand kept interest rates on hold at 1.50%, with a unanimous vote. The central bank described an improving growth outlook, however lowered its inflation forecasts.

LATIN AMERICA
MSCI Lat Am 2,542 -0.07%
Brazil’s trade surplus in 1H17 reached an all-time high (series started in 1992) at USD 36.2Bn (vs USD 23.6Bn in 1H16). The trade surplus reached USD 7.2Bn in June. Exports increased 19.3% YTD (mainly due to higher commodity prices) and imports rose 7.3%. Over 12 months, the trade surplus increased again, to USD 60.3Bn.
Brazil’s industrial production grew 3.9% YOY in June, beating consensus expectations of +2.9%. The breakdown by economic category shows gains for all components, with an emphasis on capital goods (3.5%) and durable consumer goods (6.7%).
Peru’s headline inflation fell significantly in June, to 2.73% YOY (from 3.04% in May), reaching the lowest level in almost 3 years. MOM CPI inflation was negative for a third consecutive month, as the agricultural supply shock (caused by the coastal El Niño) continued to revert.
Importantly, June’s inflation results will influence the central bank to cut interest rates in its next policy meeting.
Colombia’s headline inflation decreased to 3.99% in June 2017, back within the central bank’s target range for the first time since January 2015. Inflation collapsed by 498 bps since July 2016, when it peaked at 8.96%. Similar to that observed last month, the strong slowdown in prices was widespread as food prices normalised following last year’s higher levels due to El Nino and softer economic activity.
Similar to Peru, the fall in inflation could provide room for Banco de la Republica to cut rates at their next meeting. An easing monetary policy will support the economy.

AFRICA
MSCI Africa 807 -2.37%
Egypt raised its benchmark interest rates by 200bps to contain inflation following a rise in fuel and electricity prices. Overnight deposit rate increased to 18.75% and the lending rate to 19.75%, bringing total increase in borrowing costs since the EGP float in November 2016 to 700bps.
Non-oil private-sector PMI contracts fell for the 21st consecutive month to 47.2 points in June from 47.3 points in May, owing to further declines in output and weak domestic demand, but at a reduced rate vs. pre-devaluation. New export orders did however rise for the third consecutive month, reflecting the improvement in competitiveness since the devaluation. The average PMI in Q2 2017 was 47.3, higher than 45.3 in Q1 2017 and 42.2 in Q4 2016.
The Central Bank of Nigeria injected another USD 195 million into various segments of the inter-bank forex market to narrow the spread between official and black-market rates. This brings the amount injected since February to USD 5billion.
The ANC proposed a nationalisation of the South African Reserve Bank. This comes after a recommendation to revisit the SARB’s mandate by an anti-graft watchdog. It has been noted however that the shareholding of the SARB has no bearing on its mandate, and some notable bodies including the South African Treasury and Parliament have come out against the recommendation.
Looking back at the ANC national policy conference, it was altogether a damp squib with no realistic policy proposals and little indication on the direction of the party post Zuma.