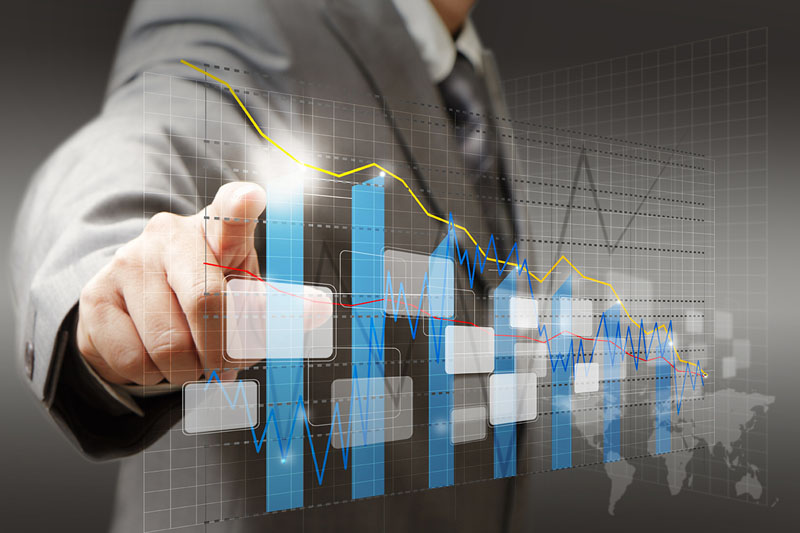 POLICYMAKERS WILL REMAIN VIGILANT
If it was not for the coronavirus, global economic growth would have a promising outlook for 2020. This idea was underpinned by the sustained improvement in the global manufacturing PMI, which rose to a nine-month high of 50.4 in January. However, since the survey was conducted before the coronavirus outbreak, the conclusion might not be as solid as in regular circumstances. The question is to what extent the Chinese and vis-a-vis the global economy will be impacted by the viral outbreak and what proportion of the loss in output is permanent. Due to the uncertainties related to the magnitude of the supply chain disruptions surrounding he shutdown of plants it seems pertinent to potentially remain cautious with the current economic outlook.

ASIA
HSCEI 10,654 +4.54%, Nikkei 23,685.98 +1.38%,10yr JGB- 0.06% +0bps, USDJPY 109.780 +1.28%
The improvement in global market sentiment lifted the majority of the Asian stock indices. Due to the strengthening of risk appetite, the South Korean benchmark delivered one of the strongest performances in the region by gaining 5% in USD. The South Korean index was followed by Chinese ‘H’ shares (+4.5% in USD) the Philippine index (+4.4% in USD).
Both services and manufacturing PMIs signalled firm domestic demand in China. The Caixin services PMI was 51.8 in January, somewhat lower than in the previous month. Details reveal that both domestic and export orders continued to expand in the first month of 2020. Meanwhile, the Caixin manufacturing PMI was 51.5, slightly down compared with the figure registered in December. According to the report, both production and business confidence strengthened, whilst domestic orders rose further.
Although both services and manufacturing PMIs were above 50 (i.e. signalling the sustenance of domestic growth momentum in China), the surveys were conducted before the viral outbreak reached a large scale. As a result, the indicators might not depict the economic reality as best as they could.
Manufacturing PMI in India sharply rose to 55.3 in January. The improvement was broad-based. According to the release, business confidence significantly improved, whilst domestic demand firmly grew. Later, the central bank of India (RBI) delivered its regular monetary policy decision. This time the RBI kept the key policy rate stable at 5.15%, announcing a few new measures to enhance the liquidity conditions in the domestic financial market, whilst aiming to improve the monetary transmission mechanism.
GDP growth in Indonesia was 5% YoY in 4Q19, broadly stable relative to the previous quarter. Household consumption grew steadily, whilst investment activity weakened.

LATIN AMERICA
MSCI Lat Am 2,757 +0.19%
Investor sentiment in Latin American stock markets improved compared with the previous week.  The Chilean stock index delivered one of the best performances vs. its regional peers, as the benchmark rose 3.6% in USD. As opposed to Chile, the Peruvian index was flat, whilst the Brazilian one decreased 0.8% (all in USD).
At the beginning of February, the Brazilian Congress returned from recess and the president, Jair Bolsonaro, outlined his legislative priorities. Mr Bolsonaro highlighted key constitutional amendments as his priorities – namely tax reform, but also the three bills to bring greater order and flexibility to budget management and to renegotiate debt with poorer northern states. The leader of the Chamber of Deputies (the lower house) and a government ally, Rodrigo Maia (Democratas), has stated that he will prioritise tax reform – aiming for approval in two rounds of voting (as stipulated for constitutional amendments) – before sending the legislation to the Senate (the upper house) by April. The upper house leader, Davi Alcolumbre (also Democratas), has deemed it a priority as well.
The central bank of Brazil decided to reduce the key policy interest rate by 25bp 4.25% – a record low. The cut was the fifth consecutive reduction in the benchmark policy rate. Although inflation touched the 4.25% mid‑point of the target range in 2019, reaching 4.3% of GDP, the Monetary Policy Council found room for a rate cut since inflation was driven primarily by transitory factors.
Chilean economic activity rebounded in December, reaching 1.1% YoY. The expansion in output was supported by the mining component of the index, which grew by 3.7% YoY, bolstered by largely steady copper production and increased output of lithium carbonate. The non-mining component expanded by 0.8% YoY.

AFRICA
MSCI Africa 767 +2.04%
African stock markets delivered a mixed performance during the week. The South African benchmark and the Egyptian stock index rose 1.9% and 1.1% (all in USD), respectively. As opposed to them, the Moroccan and Nigerian stock indices declined 3.7% and 2.8% (all in USD), respectively.
Real GDP growth in Egypt remained robust in 3Q19, when economic activity increased 5.7% YoY.  The performance is consistent with growth over the past two years. Egypt’s overall real GDP growth rate has risen consistently over the past three years, from 4.2% in FY2016-17 to 5.6% in FY2018-19 (between July and June). However, private consumption growth has slowed from 4.2% and 0.9%, respectively over the same period. The impact of the slowdown was more than offset by robust growth in investment and by the decreasing gap between the exports and imports.
If the fall in inflation and reducing unemployment feed through into a recovery in consumer spending, the overall growth rate could be sustained at higher levels.
Business confidence in South Africa worsened to 92.2 in January from 93.1 in December, resuming the downward trend seen for much of 2019. The depreciation of the rand largely explains the deterioration of business confidence.
Kenya will start talks with the United States on a potential free trade deal soon. ‘The negotiations will help Kenyan goods to have smooth access to the expansive US consumer market,’ according to President Uhuru Kenyatta’s office.
The Trump administration could see the move partly in geopolitical terms, believing it could provide a model for other trade deals with African countries and be a step toward countering China’s growing influence on the continent.
This week’s global market outlook is powered by Alquity www.alquity.com