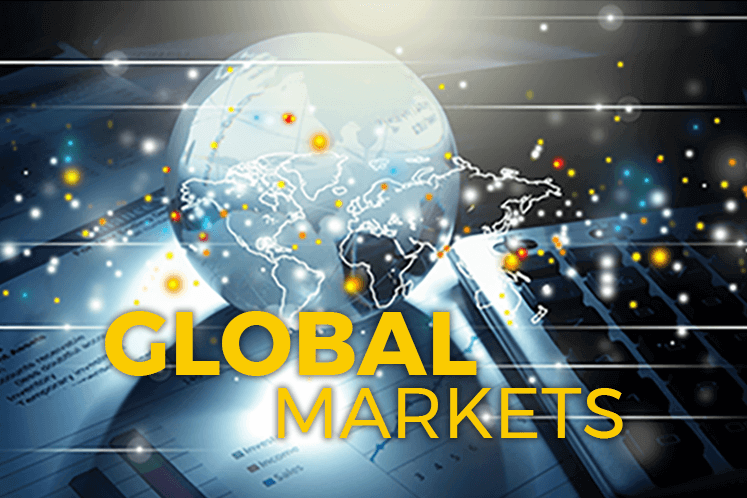 THE POTUS STIRRED THE POT BY SIGNING EXECUTIVE ORDERS

The start of the third quarter saw global economic activity stabilise and creep back into growth territory again. Undoubtedly the majority of the headline PMIs look better, rising to a strong enough level to push the global aggregate composite PMI back above 50 for the first time since February. Although rising new orders and increasing capacity utilisation provide a sense of comfort and optimism, the flagging employment component suggests there are risks that the recovery could stall. The July jobs market report in the US may lead to the same conclusion: nice headlines, but uglier under the surface, as the unemployment rate got stuck over 10%.

In an attempt to keep the economy going (and also to appeal to voters), President Trump signed four executive orders, which provide additional unemployment benefits (a USD 400 weekly payment, down from USD 600), suspend the collection of payroll taxes, avoid evictions, and assist with student-loan payments. At the time of writing, the legality of the President’s executive orders remains unclear, as Democrats argue that Mr. Trump breached congressional spending authority by bypassing Congress, or in other words, what the POTUS did could have been unconstitutional. Furthermore, the executive orders require states to fund 25% of the weekly unemployment payments. However, it is uncertain whether states will be able to meet these obligations.

The global economic diary is packed for the week, which should help further assess the economic damage in 2Q20 (through e.g. the UK’s and the Eurozone’s GDP numbers) and will, hopefully, shed some light on the pace and sustainability of the economic recovery (through e.g. July macro data in the US and China). And if this would not be enough, the continuation of the US-China tensions and the Republican-Democrat clash will also keep investors engaged. 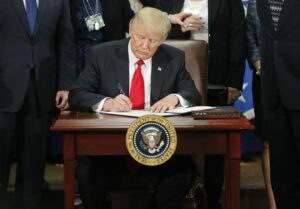 The stock market in the US was in a pretty good mood and most indices gained by the end of Friday, despite a slowdown in employment growth, a failure to reach an agreement on the next economic relief bill by lawmakers and the lingering geopolitical tensions between the US and China. In this environment the S&P 500 and the Nasdaq Composite rose, each was up 2.5%, whilst the small-cap biased Russell 2000 increased 6%. By the end of the week the Treasury curve slightly steepened, as the 10-year yield edged up 4bp to 0.56%. Despite the increase in longer-dated (nominal) Treasury yields, yields in real terms further sank. 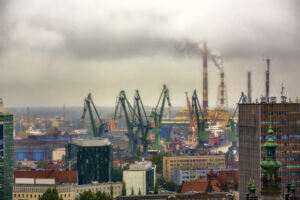 European stock indices closed higher on Friday, marking weekly gains as investors focussed on a broadly supportive earnings season and improving economic data in Europe. The German DAX was one of the strongest performers (+2.7% in USD). In comparison, the French CAC 40 rose 2% in USD, the UK’s FTSE 100 edged up 1.8% in USD, whilst the Spanish benchmark lagged (+0.9% in USD). Meanwhile, German Bund yields slightly rose (the 10-year by 2bp to -0.51%), but spreads on periphery assets compressed (e.g. the Italian 10-year yield declined by 8bp to 0.93%).

Manufacturing PMI in Poland rose to 52.8 in July, emerging from contractionary territory. The PMI was mainly driven higher by the output and new orders, due to the recovery in demand, as lockdown restrictions continued to ease. 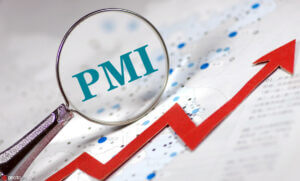 In Asian stock markets, investor sentiment was generally positive during the week and as a result, the majority of the indices inched higher by the end of Friday. The Vietnamese (+5.4% in USD) and Korean (+4.9% in USD) markets were among the best performers, followed by Indian mid caps (+3.2% in USD).

The Caixin manufacturing PMI in China strengthened to 52.8 in July, up from 51.2 in June. The increase was primarily due to the increase in production as well as the rise in new domestic orders. The improvement in the Caixin (private sector) manufacturing PMI coincided with the increase in the official indicator. Meanwhile the Caixin services PMI eased to 54.1 in July, from the exceptionally strong level of 58.4 seen in June. Although the growth in services activity somewhat slowed, the momentum itself has not been broken.

Although the aggregate manufacturing PMI for the ASEAN region continued to improve in July, it remained below the 50-point threshold, at 46.5. The commentary points out that ‘the latest data did offer some encouraging signs towards a recovery.’ In the meantime, the Taiwanese PMI rose to 50.6. Industrial activity stabilised in India despite the sustained period of lockdowns, according to the latest manufacturing PMI print (46 in July).

The central bank of India (RBI) kept the key policy rate on hold, at 4%, whilst retaining an accommodative stance. The decision followed a cumulative 115bp worth of rate cuts. According to the Monetary Policy Committee, both the GDP growth and inflation outlooks are uncertain. In order to ensure the recovery of the Indian economy, the RBI delivered regulatory announcements including a new restructuring framework for covid-hit corporate loans.

Economic activity in Indonesia and the Philippines significantly declined in 2Q20, due to the coronavirus pandemic, social distancing and lockdown measures in an attempt to contain the spread. In Indonesia, real GDP contracted 5.3% YoY, whilst it declined 16.5% YoY in the Philippines. In both countries household spending substantially shrank, and investment activity meaningfully weakened as well. Meanwhile, Sri Lanka has just released the 1Q20 GDP figures, which indicated a 1.6% YoY economic contraction.

The central bank of Thailand stayed put, as it left the key interest rate stable at 0.50% in a unanimous decision. The Monetary Policy Committee signalled its concern about the Baht’s strength, again. The Committee retained the optionality to loosen financial conditions later, should economic growth prospects deteriorate.

Moody’s kept Pakistan’s credit rating at B3 with the outlook as stable after it had initiated a review for downgrade in May earlier this year. The rating agency expects Pakistan’s economic growth to be positive, around 1-2% for the ongoing fiscal year 2020-21 (ending June 2021), after experiencing a recession in FY2019-20. 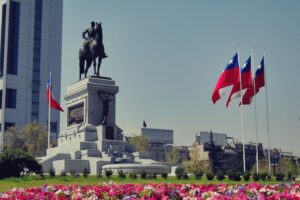 Latin American stock markets were a mixed bag. Argentina’s stock index gained 5.6% in USD as a result of the initial debt restructuring agreement between the government and creditors, whilst Peru’s market benefitted from further reopening (+2% in USD). In contrast, the weakness in the Brazilian index (-4.4% in USD) was primarily due to investors’ increasing concern about the deterioration in the fiscal stance and possible delays in a more comprehensive fiscal reform package.

Industrial production in Brazil rose by 8.9% in June compared with the level of output in May. Despite the pick up on a month-on-month basis, actual industrial activity remained below last June’s level by 9%. As the economy remained anaemic, the Brazilian central bank carried on with the rate-cutting cycle and thus opted for a 25bp reduction lowering the key policy rate to 2.25%. Since the headline inflation gauge remains significantly below the central bank’s official inflation target (2.3% YoY in July vs. 4%) and on a forward-looking basis the central bank does not foresee a pronounced upside tilt to inflation, the Monetary Policy Council retained the policy flexibility to further reduce interest rates should macro conditions warrant it.

The Constitutional Committee of the Chamber of Deputies, Congress’ lower house in Chile, unanimously approved the proposed reform that would allow the central bank to buy and sell Chilean government bonds in secondary markets on an exceptional basis.

Economic activity in Chile showed signs of bottoming out in June, when the monthly GDP proxy index rose 1.7% compared with May, which translates into a 12.4% YoY contraction.

A new cabinet was sworn in by Peru’s President, Mr Vizcarra. The cabinet will be headed by Walter Martos, a former army general, who previously took on the role of the Minister of Defense in October 2019 until now. Four cabinet members were replaced as well, including the Ministers of Vulnerable People, Energy and Mines, Labour, and Defense. The Ministers of Finance and Health retained their offices.

Argentina’s government and major creditors reached an agreement to restructure US 65bn worth of international sovereign bonds. The agreement does not involve a significant haircut, but pushes a large proportion of principal payments until after 2024. The deal should help find the common denominator with the IMF, whose assistance would be crucial over the next four years when Argentina faces USD 49bn in interest and loan repayments. The Egyptian Hermes index (+2.5% in USD) was among the strongest performers during the week outstripping Morocco (+0.9% in USD). In contrast, investor sentiment in the South African stock market was negative, as the TOP 40 stock index declined 1.5% in USD by the end of Friday.

In Kenya and Nigeria, PMIs rose to 54.2 and 50.4 in July, respectively, indicating that these two economies could have already bottomed out, whilst the PMI in Egypt improved to 49.6, but has not broken through the 50-point threshold just yet. The improvement in PMIs in all three countries coincided with the re-opening of the economies. In contrast, the South African PMI rose moderately, to 44.9 in July, suggesting that the recovery could have lost its momentum with the economy remaining in the doldrums.