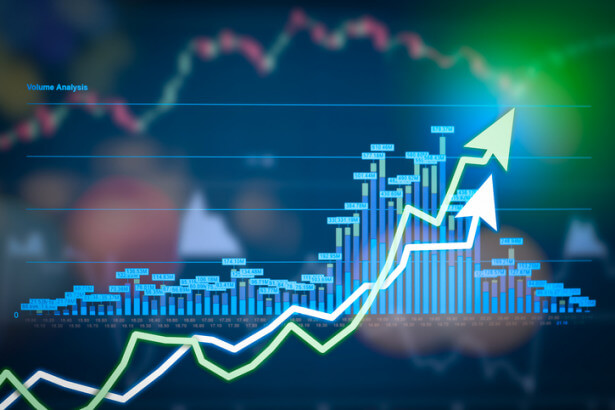 AS GLOBAL POLITICAL TENSIONS EASE, MARKETS HAVE A CHANCE TO MELT UP

The market has rebounded last week (the MSCI EM index was up 2.4% in USD on the week) on some positive news from easing US-China trade tensions to some development in Hong Kong’s situation as well as some better-than-expected US labour market data. In addition, expectations for looser monetary policy stances by the Federal Reserve, the European Central Bank, the People’s Bank of China and several other emerging market central banks contributed to the sigh of relief. Once political tensions persistently ease, investor sentiment will improve and a sustained upswing in stock markets should prevail.

As global political tensions somewhat eased (e.g. decreasing probability of a no-deal hard Brexit, the withdrawal of the controversial bill by the Hong Kong government, and slightly more constructive comments on the trade negotiations by the US and China etc.), the degree of risk-aversion has started to abate, which in turn triggered investors to reconsider holding safe haven assets (such as US Treasuries). As a result, Treasury yields rose 4-6bp along the whole curve and pushed up the 10-year yield to 1.57%. Due to the increased willingness to take on risk, stock indices in the US headed north (S&P500 up 1.8%). Despite the sigh of relief by the market, interest rate expectations did not budge, as the Fed funds futures continue to imply a 100bp worth of rate cuts to 1.00-1.25% by the end of 2020.

ISM manufacturing fell below 50, whilst the non-manufacturing ISM index bounced to 56.4 in August. The divergence between the two gauges implies that the weakness in the industrial sector has not spilt over into the broader US economy and is unlikely to happen in the near term. This idea was confirmed by the latest jobs report, which revealed that unemployment rate remained at 3.7% in August, whilst labour force participation increased to 63.2%. Consequently, the employment ratio rose to 60.9% – a new post-crisis peak. In addition, wage growth remained strong at 3.2% YoY in August.

As investors have become more risk-seeking, stock markets in the Euro Area and in the United Kingdom strengthened, whilst sovereign bond yields rose in most countries. Consequently, the 10-year German Bund yield arrived at -0.63%.

Investor sentiment in Asia improved during the week, and as a result the majority of the emerging Asian markets rose. Chinese “A” shares were among the greatest beneficiaries of an improved sentiment and greater willingness to take on risk, as the Shanghai Composite rose 4.5% in USD during the week, bringing the year-to-date gains to 16.3% in USD.

Following the Council’s announcement, the central bank (PBOC) reduced the reserve requirement ratio for banks in order to inject an additional amount of liquidity into the domestic financial system, which is expected to boost banks’ lending activity towards micro, small and medium-sized enterprises.

Inflation in the Philippines slowed to 1.7% YoY in August, as food inflation further abated. As a result, headline inflation slipped below the central bank’s 2-4% range. Central bank officials publicly claimed that there are further rate cuts in the pipeline, since the inflationary environment has become benign.

Investor sentiment in the Latin American space turned more positive, as the vast majority of the stock indices headed north during the week. In this environment the Brazilian stock index delivered one of the strongest performances by rising 3.6% in USD (excluding the ultra-volatile Argentina market). The Brazilian stock index was followed by the Peruvian, which gained 3% in USD.

Argentinian President Macri said that he expects the IMF to disburse the next tranche of the bailout package, an amount of ca. USD 5.4bn after the review in September, despite the government’s intention to renegotiate its debt obligations, including the IMF loans. The opposition’s Presidential candidate, Alberto Fernández states that Argentina would do what they had ‘always done,’ which is to ‘fulfill and honor’ debts, but ‘not at the people’s expense.’

Credit rating agency Moody’s reiterated its scepticism of Mexico’s ability to meet the primary budget surplus target for this year. Furthermore, Moody’s argued that the government’s ability may be constrained to provide financial support to the energy sector.

The Chilean central bank reduced the policy interest rate 50bp for the second time this year in a unanimous decision. As a result, the interest rate is now as low as 2%. The MPC decided to ease financial conditions, as inflation remains below target (2.3% YoY in August) and in order to offset the impact of the weakness in the economic activity of Chile’s main trading partners.

The performance of the African markets was mixed during the week. The South African (+3.6% in USD) and Egyptian (+1% in USD) indices performed strongly, whilst markets such as Nigeria or Morocco declined.

South Africa’s economy emerged from a recessionary slump in 2Q19, when real GDP grew 0.9% YoY. The recovery in growth was predominantly induced by the rebound in mining and manufacturing activity, whilst construction and agricultural output further decreased. Later, the country reported the current account deficit in 2Q19, which unexpectedly widened to 4% of GDP in annualised terms. The deficit increased due to the goods and services trade balance turning negative, as the growth of imports exceeded exports.

Real GDP growth in Nigeria slowed to 1.9% YoY in 2Q19 vs. 2.1% YoY in the previous quarter. The slowdown was primarily due to a broad-based weakness in the non-oil sector, in which output increased 1.6% YoY. Within the non-oil sector, manufacturing output contracted 0.1% YoY, whilst construction activity grew 0.7% YoY. Furthermore, growth in services slowed to 1.9% YoY. In contrast, the growth of real GDP generated by the oil sector accelerated to 5.2% YoY after four consecutive quarters of contraction.

Egypt has set ambitious growth and fiscal targets for FY2020 (ending in June 2020). According to the finance minister, the country aims to achieve 6% real GDP growth (up from 5.6% in FY2019), whilst the headline budget deficit target is set to 7.2% of GDP (vs. 8.2% in FY2019), which would imply a budgetary surplus excluding after excluding interest payments on the outstanding debt.