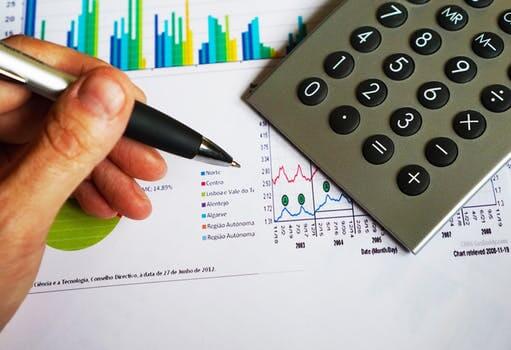 TOUR DE FORCE
From the end of the financial crisis until the beginning of this year, the US economy sat at the front of the global growth peloton. Team America were the first, most aggressive and most coordinated in adopting performance enhancing fiscal, regulatory and monetary stimulus and this led to an outperformance of its currency and equity markets. This year, however, global peers have threatened a break-away; performance across European and Emerging economies has improved and US numbers have disappointed given Trump’s inability to consummate reform and gradual FED tightening.
However, there has been jostling for position over the past few weeks:

UNITED STATES
S&P 2,549 +1.19%, 10yr Treasury 2.35% +2.53bps, HY Credit Index 319 -6bps, Vix 9.94 +0.14Vol
The S&P 500 rallied for 8 consecutive days until Friday (its longest winning streak since 2013), whilst the 10-year continued its now 1 month old reversal, reaching 2.38% in yield (still within the range of the last 6 months and below levels at the turn of the year).
Data extended its recent improvement with the ISM manufacturing (60.8) and non-manufacturing (59.8) registering their highest readings in over a decade (consistent with 4.4% GDP growth), unemployment falling to 4.2% (from 4.4% and a 16 year low), average hourly earnings rising 2.9% (from 2.5%) and vehicle sales also sharply higher. Conversely, payrolls turned negative for the first time in 7 years as 33k jobs were lost. However, the outsize moves can be almost entirely attributed to Hurricanes Harvey and Irma:

In aggregate, the trend remains unchanged. There has been renewed excitement about tax reform but this is likely to be difficult and slow under Trump’s leadership. Moreover his foreign policy will continue to pose a tail risk. The labour market is slowly tightening, but the Phillips curve is extremely flat and therefore, whilst the FED will continue to tighten, this will be gradual.
Donald Trump’s lack of empathy for investors in Puerto Rico (“They owe a lot of money to your friends on Wall Street, and we’re going to have to wipe that out,…, you can say goodbye to that. I don’t know if it’s Goldman Sachs, but whoever it is, you can wave goodbye to that”) prompted volatility in the municipality’s bonds.

EUROPE
Eurostoxx 3,616 -0.44%, German Bund 0.45% -0.50bps, Xover Credit Index 247 -7bps, EURUSD 1.173 +0.70%
In Spain, equities and government bonds underperformed (albeit the 10-year yield is still only 1.7%, well below that of Italy at 2.15%) after Catalonia’s referendum. The situation is fluid, with the region expected to formally declare independence this week. Indeed, PM Rajoy said he was willing to trigger Article 155 of the constitution, which would enable him to take control of the police, dissolve the regional government and call a local election. In addition, Banco de Sabadell made a regulatory filing to move its headquarters out of Catalonia to Alicante and CaixaBank also said it would consider its options. Catalonia pays around EUR 10bn more in taxes to the central government than it receives in services.
At the Conservative party conference in the UK, PM May gave another unconvincing display, which included fits of coughing and was interrupted by a protest. The GBP weakened.
Elsewhere, Copley Fund Research reported that Russia has replaced India as the largest overweight position among emerging markets equity funds. Meanwhile, Greek equities continued their precipitous slide (some 8.15% lower over 1 month and 11.59% lower over 3 months) and the Turkish lira fell as much as 6.6% against the USD earlier this week after the US suspended new visas. Turkish inflation has remained stubbornly high, in contrast to many of its peers.

ASIA
HSCEI 1,139 +5.11%, Nikkei 2,069.00 +1.56%, 10yr JGB 0.06% 0bps, USDJPY 112.660 +0.08%
The RBA in Australia left interest rates on hold at 1.5%. However, board member Ian Harper stoked expectations for a rate cut in the future on the basis of slowing retail sales and lackluster wage growth.
China H shares rose 5% last week, as what we interpreted as a minor policy recalibration was enough to significantly boost sentiment on Chinese stocks.
The People’s Bank of China’s announced on 30th September that banks with more than 1.5% of their loan book deployed in priority areas would be eligible for a 50-150bps reduction in their reserve requirement ratio. The initial assessment of the significance of this has proven to be materially more conservative than the market’s take.
The market saw the headline “new policy easing from Chinese central bank” and ran with it. Despite the central bank explicitly stating that the adjustment does not represent a change to its “prudent” stance, the HSCEI Index rose 3.6% on Tuesday last week alone, taking the measure of mainland Chinese stocks listed in Hong Kong to a two-year high.
India’s central bank left rates on hold at 6.0%. The decision was in line with expectations, with one voting member dissenting and calling for a 25bps cut. The committee acknowledged the conflicting developments of a loss in economic momentum on the back of GST implementation and a simultaneous rise in inflation, driven by the higher oil price and lower food grain production. The RBI is now likely to remain data dependent in the short term on this basis, with a medium term easing bias.
Inflation surprised to the upside in the Philippines, with headline CPI accelerating to 3.4% YOY in September from 3.1% in August.
Korean export growth hit an all-time high of 35% YOY in September, up from 17.4% in August.

LATIN AMERICA
MSCI Lat Am 2,954 +1.27%
Chile is showing the first tangible signs of a cyclical recovery.  During Aug-17, industrial production increased by 5.1% YOY (Jul-17: 3.3%) with all sectors posting MOM improvement. On the “soft data” side, business confidence continues its march above 50 (expansion territory). It gained 4.6 points from a year before to reach 48.3 in September (from 43.2 in August). The index may soon put an end to a series of 42 months below 50 (indicating economic contraction). The improving confidence levels are due to higher copper prices, a positive external backdrop and optimism that a political change could benefit the economy.
Brazil’s cyclical recovery is led by the industrial sector. Compared to August 2016, industrial output climbed 4.0% this year. This sharp rebound is even more impressive when looking at cars and trucks production, which increased 39.4% YoY and 56.8% YOY in September, respectively, their 11th consecutive month of YOY growth. This is supported by exports (+58% YOY for cars), inventory replenishment and a recovery in sales (+25% YOY).
Peru’s annual CPI inflation is normalising after El Nino as it came back within the target range of 1-3% set by the local central bank. It increased by 2.49% YOY in September, from 3.17% in August.

AFRICA
MSCI Africa 863 +1.46%
Egypt’s international reserves rose USD392m to USD36.53bn in September, c.7.3x months of import coverage compared to a low of 3.1x in June 2013. Staying on positive developments, the fiscal deficit declined to an 8 year low (10.9% of GDP from 12.5% prior year) following a 30+ percent increase in both tax and non-tax revenue. Moreover, the African Development Bank is expected to disburse the final USD500m tranche of its USD1.5bn loan by year end, on the back of Egypt’s commitment to reform, while Germany is ratifying a USD250m loan and the United States is considering resuming military and civilian aid to Egypt.
Bucking the trend somewhat was non-oil private sector business activity, which fell to 47.4 in September (vs. 48.9 in August), the lowest reading since June. New orders and outputs contracted while new exports, which had been one of the bright spots of the PMI, declined for the first time since March, falling to 48.5 from 53.7 a month earlier and ending a five-month trend of growth attributed to the floating of the Egyptian pound.
Nonetheless, business sentiment improved to the highest level since June 2016 with 70% of respondents expecting output growth over the next 12 months, and the central bank raised required reserve ratio on local currency deposits 4% to its pre-2012 level of 14% which suggests that there is sufficient liquidity, the financial sector is healthy and more importantly signals easing of monetary policy.
In other news: