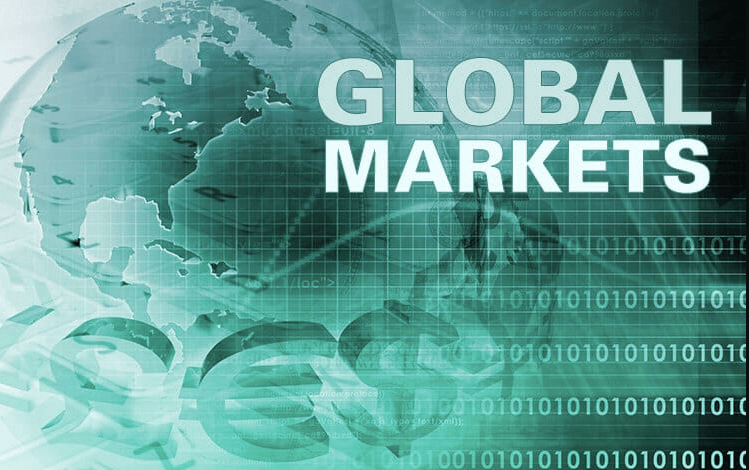 EMERGENCY, PAGING DR. BEAT
In her 1984 classic, Gloria Estefan is paging Dr Beat, as she desperately needs ‘to ease the pain’ and is about to ‘go insane.’ This analogy relates to the developments during the week: Jerome Powell, Chair of the Federal Reserve was alarmed to provide emergency assistance to global financial markets, who were ‘losing their brain.’ Although the good doctor administered some paracetamol for the pain in the amount of 50 basis points, he had to admit that he can only manage the symptoms, but not to tend to the underlying disease (nCovid-19).
Dr Beat, being a generalist, did his best to slow the sell-off in the US stock markets, but his efforts were only good enough to limit the downside and floor stock prices. Consequently, we are still waiting for the specialist, i.e. the fiscal arm to step up its game and administer the much-needed adrenaline, which could stabilise financial markets vis-à-vis the economy. Given this is an election year in the US, it is difficult to believe that the Trump administration will not step in by providing fiscal stimulus to the economy soon.
According to the February US jobs report released on Friday, the labour market remained tight and hot in January and February, as the NFP was very strong at 273,000, whilst nominal wage growth rose to 3% YoY. Such a tight labour market, could indicate that the US consumer is very likely to hold up well in the short-term. In addition, collapsing oil prices may further boost households’ purchasing power, which – to some extent – will offset (the expected) industrial weakness.

UNITED STATES
S&P 2,972 +0.61%, 10yr Treasury 0.49% -38.63bps, HY Credit Index 441 +68bps, Vix 41.94 +1.83Vol
Trading the US stock market was highly volatile during the week. Despite the building concerns that the coronavirus outbreak could significantly dent economic activity in the US, the S&P 500 managed to finish the weekly trading session up 0.6% on Friday compared to the closing price a week before. It seems, the Fed’s emergency 50bp rate cut put a temporary floor to stock prices in the US. However, monetary stimulus itself in isolation may not be a powerful enough tool to improve investor sentiment. Overall, the S%P 500 index fell 8% since the beginning of the year. The building coronavirus-related concerns impacted the US Treasury market as well, resulting in significantly lower yields: the 2-year Treasury yield decreased 41bp to 0.31%, whilst the 10-year declined 39bp to 0.47% by the end of Friday. The Fed funds futures quickly repriced by the end of the week implying that the Fed funds rate can reach the zero-lower bound by April. In this environment, the dollar weakened against its trade-weighted currency basket and as a result, the broad DXY index weakened 2.2%.

ASIA
HSCEI 9,984 +1.81%, Nikkei 19,698.76 +0.63%,10yr JGB- 0.16% +0bps, USDJPY 102.600 -2.48%
The deteriorating investor sentiment in the US did not spill over into Asian stock markets as much as it could have, which translated into gains in several Asian stock markets by the end of the trading week. Consequently, Chinese “A” shares were among the best performers within the region, as they rose 6.3% in USD, followed by the South Korean country index (+4.1% in USD). Substantially lower oil prices (at the time of writing WTI below USD 30/bbl for the April delivery) are beneficial for most EM Asian economies, especially for India and Pakistan.
Chinese exports sharply decreased in USD terms, by 17.2% YoY in the January-February period (vs. +7.9% YoY in December). Imports contracted as well, by 4% YoY (vs. +16.5% YoY in December). Imports experienced less disruption in logistics, as they are shipped via major ports, which maintained operations. In addition, the virus did not cause major disruptions in China’s trading partners at the time. As a result, the trade balance for the first two months turned into a deficit of USD 7.1bn from a surplus of USD 47.2bn in December. According to Citibank’s Chinese economic activity tracker, around 55% of workforce has returned to their workplace as of the 5th March.
Headline CPI inflation in the Philippines slowed to 2.6%YoY in February. Food and beverage, alcohol and tobacco, public utilities and transport price inflation decelerated in annual comparison. Inflation of other components was broadly stable, mirroring robust domestic demand indicators such as bank loan growth and fiscal expenditure.
CPI inflation in Thailand was 0.7% YoY in February, falling below the central bank’s 1-3% target range. According to the detailed breakdown, the overall impulse by demand-sensitive prices remained muted, whilst dropping energy prices for the consumer weighed on the headline figure.

LATIN AMERICA
Given the deteriorating global investor sentiment due to the coronavirus-related fears, the majority of Latin American stock indices declined during the week: the Brazilian stock index was down -7.7% in USD. As opposed to the majority, the Chilean benchmark rose 1.5% in USD by the end of Friday.
Real GDP in Brazil grew 1.7%YoY (0.5% QoQ SA) in the 4Q19. As a result, full-year GDP growth strengthened to 1.1% in 2019. According to the detailed breakdown of the GDP release, private consumption remained the main driver of the quarterly expansion, while investments declined in 4Q19. Furthermore, public spending growth was strong, whilst net foreign trade contributed positively to headline growth. On the supply side, industrial and services activities strengthened, whilst agricultural output declined in 4Q19.
Investment activity in Mexico further weakened in December 2019, as capital formation decreased 1.5% MoM or 3.5% YoY. During 2019, investments contracted by 4.9% – the weakest performance since 2009. Meanwhile, private consumption declined 0.4% MoM, which translated into a +0.4% YoY growth. Overall, private consumption grew 1% in full-year 2019.
The Argentine central bank reduced its key policy rate by 200bps to 38%, as a result, the policy rate has been lowered by 25ppt since the beginning of the Fernández administration three months ago. According to the central bank’s statement, the effective policy rate stands at 45.5%, a level high enough to promote savings in pesos, whilst at the same time boosts credit. According to the authorities, there is an incipient improvement in several activity indicators, but the evidence is not strong enough to conclude the economy is exiting recession.

AFRICA
The South African TOP 40 index rose 2.4% in USD during the week, despite abating global risk appetite. However, the South African stock market declined 18% in USD since the beginning of the year, which makes it one of the weakest performers compared with its regional peers.
South Africa’s economy entered its second recession in two years in 4Q19, as agriculture, transport and construction contracted. Consequently, real GDP shrank 1.4% QoQ SA in 4Q19, following a 0.8% QoQ SA contraction in the previous quarter. The power cuts by Eskom – the largest power producers in South Africa – amplified the adverse impact of the economy’s underlying deficiencies. Year-on-year, real GDP contracted 0.5%, depressing full-year growth to 0.1% in 2019 – the lowest annual growth since the 2009 recession. On a forward-looking basis, South African private sector activity remained in contraction in the first two months of 2020, according to the latest PMI release (48.3 and 48.4 in January and February, respectively).
Nigeria’s upper house of parliament approved foreign borrowings of USD 22.7bn requested by President Muhammadu Buhari, according to the Senate President. About USD 17.1bn of total loans will be provided by China’s Eximbank. The country also plans to sell a USD 3.3bn euro-bond this year to refinance an existing maturity and part-fund its 2020 budget of NGN 10.6tn (ca. USD 35bn).
The International Monetary Fund (IMF) is in broad agreement with the Kenyan government on the main aspects of a fiscal deficit reduction plan, according to a statement released by the IMF. The finance ministry plans to set a budget deficit of 4.9% of GDP in the fiscal year to June 2021, down from 6.3% this financial year.
This week’s global market outlook is powered by Alquity www.alquity.com