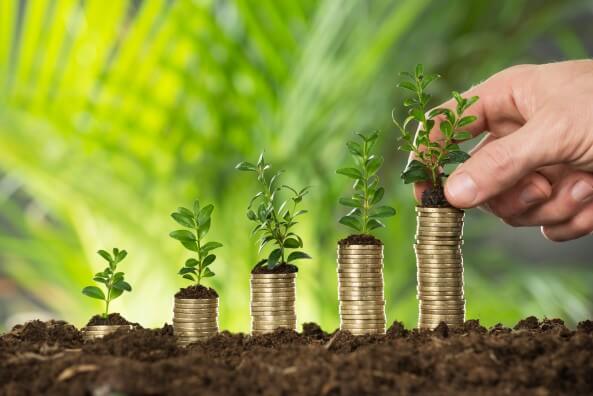 LET IT GROW, LET IT GROW, LET IT GROW!
Last week was an emotional rollercoaster for global investor sentiment due to US President Trump’s blunt remarks that signing a trade deal with China could wait until after the US Presidential election in 2020. Shortly after the POTUS’s communique, Bloomberg reported that the US and China were close to agree on the amount of tariffs to be rolled back and added that the scheduled tariff hikes for the 15thDecember could be delayed (or maybe even cancelled). The report stabilised risk appetite to some extent. On Friday, the latest jobs report positively surprised the market, as the data was unexpectedly very strong and implied that the US’ domestic economy remains in a good place.

UNITED STATES
S&P 3,146 +0.16%, 10yr Treasury 1.82% +6.05bps, HY Credit Index 322 -3bps, Vix 13.62 +1.00Vol
At the beginning of the week investors turned increasingly risk-averse due to President Trump’s remarks claiming that signing a trade deal with China can wait until after the US elections in 2020. However, markets were eventually boosted by unexpectedly strong labour market data released on Friday. As a result, the major stock indices managed to finish the week on a positive note (S&P 500 up 0.2%). This was viewed positively for the US’ domestic economy, as inflation expectations visibly rose, which in turn pushed up Treasury yields, steepening the yield curve. Furthermore, the jobs report was strong enough to convince the Fed futures market that the Fed will probably stay on hold at least until 3Q20.

ASIA
HSCEI 10,419 +1.01%, Nikkei 23,430.70 +0.98%, 10yr JGB 0.00% +0bps, USDJPY 108.530 -0.71%
Although the tone struck by US President Trump was disruptive at the beginning of the week, the majority of Asian stock markets gained during the week. In this environment the Pakistani stock index delivered one of the strongest returns (+4% in USD) followed by the Indonesia market (+3.6% in USD).
PMIs in China highlighted that the underlying domestic economy remains in solid shape and resilient to the rising trade barriers between the US and China. The official manufacturing PMI emerged to 50.2 in November from contractionary territory, indicating that manufacturing production and new orders sharply increased in November. The Caixin manufacturing PMI further improved and reached 51.8 in November highlighting similar trends. The Caixin services PMI strengthened as well and hit 53.5; businesses argued that the future economic prospects had been continuously improving, especially in the Chinese domestic economy.
There were a couple of surprises during the week in India.  At the beginning of the week, both services and manufacturing PMIs surprised positively in November, as both indicators strongly rose reaching 52.7 and 51.2, respectively. Later, the central bank of India (RBI) surprised the market by pausing the rate cutting cycle, holding the policy rate stable at 5.15% where the median market estimate foresaw a 25bp rate reduction. The monetary authority argued that rising food inflation (such as vegetables) needs to be monitored and may not allow for an additional rate cut this time. The RBI left the door open for additional rate cuts in the not too distant future, should food inflation moderate.
Consumer price inflation in the Philippines rose to 1.3% YoY in November, whilst core inflation remained stable at 2.5% YoY. The increase in headline inflation was primarily due to a greater increase in food prices.
Although headline inflation is below the central bank’s 2-4% target range, the Monetary Policy Council could postpone the date of a rate cut into 2020, as there are upside risks to (food) inflation due to the impact of Typhoon Kammuri.

Investor sentiment in Latin American stock markets was mixed. The Chilean benchmark gained 7.7% in USD outperforming its regional peers due to the government’s anti-cyclical economic policy measures and the central bank’s efforts to stabilise the foreign exchange market. Risk-seeking investor behaviour boosted the Brazilian stock market during the week (+4% in USD). As opposed to the Chilean and Brazilian indices, the Peruvian (-0.5% in USD) and Mexican (-0.8% in USD) benchmarks declined.
Economic activity indicators in Brazil surprised positively, as real GDP growth strengthened to 1.2% YoY in 3Q19. The acceleration of growth was broad-based, as all components on the supply side contributed to the build-up in momentum (i.e. agriculture, services and industry). Meanwhile, the demand side was primarily boosted by higher household spending and rising investment activity.
Gross fixed investments in Mexico fell by 6.8% YoY in September. Looking at the breakdown, construction investment fell by 4.8% YoY in 3Q19, dragged down by both residential and non-residential construction investment, while machinery and equipment investment component decreased by 9.5% YoY. On a brighter note, private consumption grew 1% YoY in September, which means that the recovery in household spending has gained further traction after rising 0.5% YoY in August.
Although private consumption has started to improve, the underlying weakness in the broader economy highlights the fragility of the Mexican economy.
Following Wednesday’s unanimous decision to hold the policy rate stable at 1.75% and adopt a neutral monetary policy stance, the Chilean central bank released the quarterly Inflation Report. The report highlighted the presence of a high degree of uncertainty weighing on the economy. According to the central bank, activity expectations dropped significantly with the loosening labour market, whilst the significant depreciation of the currency translated into faster consumer price inflation. The Monetary Policy Council concluded that this environment calls for a cautious approach to monetary policy.

AFRICA
MSCI Africa 745 -0.23%
African stock markets faced a challenging time during the week, as the majority of the benchmarks declined. The Kenyan index was among the outperformers, as the country’s stock index gained 1% in USD. In contrast, the South African index was flat, whilst the Egyptian index declined 1.9% in USD.
South Africa released two macroeconomic datapoints, which shone light on relevant aspects of the underlying economic developments in the country. According to the latest GDP print, economic activity weakened by 0.6% in 3Q19 compared with the previous quarter and was virtually flat in an annual comparison. Details revealed that the weakness was broad-based since output declined in the mining, manufacturing, agricultural and services sectors. Furthermore, the demand side of the economy was characterised by destocking of inventories and waning household spending. Later, balance of payments statistics was released highlighting the wide current account deficit South Africa faces (3.7% of GDP in 3Q19). The wide gap was primarily due to the sharply deteriorating income line, which captures dividend and coupon payments by local businesses.
The outlook for the South African economy is not great, according to the latest available data such as the PMIs. According to the respective manufacturing PMIs by Absa and Standard Bank, industrial output is highly likely to keep on contracting in the months ahead.
The Governor of the Egyptian central bank announced an EGP 100bn loan initiative to stimulate the country’s industrial sector. The initiative will mainly focus on industries, which produce goods that could replace imports and help the general import substitution policy that the government is aiming to implement. The central bank also announced an EGP 50bn mortgage initiative, primarily directed towards medium housing units. The central bank will offer the liquidity at a lower, more attractive interest rate than the current market interest rates.
This week’s global market outlook is powered by Alquity www.alquity.com