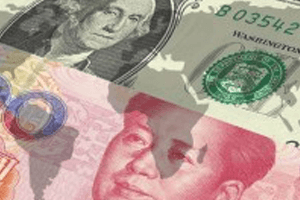 ALMOST ACCORDING TO PLAN

Since the global financial crisis, US markets and the economy have outperformed peers as a more aggressive and timely policy response, helped address the banking system and mitigate (temporarily) a structural growth problem. For the past few months some would have expected to see an end to this strong relative performance. Put simply, the US is later cycle and more expensive than most other regions. In this sense, the year has gone according to plan. Volatility has increased and US equities and bonds have weakened, whilst markets such as Brazil and Egypt, in the early stages of an expansion, have prospered. Moreover, the first signs of uncertainty in the technology sector, the most over weighted and highest multiple/growth-oriented area of the market.

However, not everything has gone according to script. Last week, Donald Trump escalated his trade attack on China. There is clearly still room for negotiation, but also now a concrete risk of a full-blown trade war between the two biggest economies on earth. This is, of course, important, both tactically and (potentially) fundamentally, but it does not change the likes of Latin America ex-Mexico, Egypt, South Africa, and India; all domestically focused economies that are still in Goldilocks territory, enjoying the lagged benefits of monetary easing and reform.

Gains in the middle of the week were more than offset by 2%+ losses for the S&P 500 on Monday and Friday. Indeed, moves were dominated by the US-China trade dispute:

Elsewhere, Trump continued his attack on Amazon, with numerous news outlets reporting that his argument is short on fact and pointing out the irony that Trump’s own retail website pays tax in only 2 states. Also in the tech space, Spotify made its public debut as a “direct” rather than “initial public” offering; no new shares were sold and the trading price was instead set by existing owners offering stock and new investors buying. In this way, private investors have no lock up period and may exit as soon as they wish.

From a data perspective, US survey data (ISM manufacturing and non-manufacturing) confirmed a tail off in confidence since the euphoric readings at the start of the year. Further, the US trade deficit (one of Trump’s key indicators) widened in February. Last, the employment report came in weaker than expected. Headline payrolls slowed to 103k (from 326k in Feb and 176k in Jan), but this was still the 90th straight month of employment gains. Moreover, wage growth accelerated to 2.8% YOY. As such, we view the numbers as consistent with a tightening labour market.

European equities outperformed their US peers, with the biggest rally in a year on Thursday across a number of indices. Government bonds were unchanged to slightly weaker.

In terms of data, PMIs continued to soften, bringing the manufacturing measure to an 8-month low, whilst inflation was also lower. This is not overly surprising; bullishness on Europe was overdone given limited medium-term potential for growth. However, the growth trajectory is still better than it has been for a decade and inflationary pressures are limited, which will allow monetary policy to stay accommodative.

In the UK, cold weather in March compounded recent Brexit related weakness resulting in the 2nd biggest drop in retail sales on record. The composite PMI fell a full 2 points in March from 54.5 to 52.5.

In Hungary, voting had to be extended after a record high turnout for parliamentary elections. Ultimately, the nationalist Fidesz party secured a comfortable victory handing Viktor Orban his 4th term in government.

Responding to President Trump’s proposed US$50bn worth of tariffs on intellectual property-related Chinese products, the Chinese government announced plans to add a further 25% tariff on the same value of American exports to China.

For China’s part in proceedings, President Xi appears to be successfully walking a fine line at present, by simultaneously becoming more aggressive in announcing retaliation tariffs, while at the same time leaving the door open for a harmonious resolution. By explicitly making implementation dates for its own tariffs a function of when the US takes action, China is leaving the ball firmly in the court of President Trump.

China’s latest batch of manufacturing data yielded no new insights.  The official NBS Manufacturing PMI rose in March, to 51.5 from 50.3 in February, ahead of expectations. Conversely, the unofficial Caixin Manufacturing PMI fell, from 51.6 to 51.0, while the market expected a flat reading.

The Reserve Bank of India left rates on hold at 6.0% at the Monetary Policy Committee meeting last week, in line with expectations. The tone, however, was more dovish than expected.

Whilst the rate decision and unchanged neutral stance were well anticipated, the market was surprised by the dovish accompanying statement, and the lowering of this year’s inflation forecast.

The central bank is now forecasting consumer price inflation in the range of 4.7% to 5.1% over the next six months, down from a forecast of 5.1% to 5.6% previously, and an average of 4.4% over the subsequent six month period, adjusted down slightly from 4.5% to 4.6%.

The voting pattern of MPC members was unchanged, with the same dissenter from the previous meeting, Dr. Michael Patra, calling for a 25bps rate hike, maintaining the 5 to 1 vote split of the last meeting.

Inflation accelerated in the Philippines in March. Headline CPI printed at 4.8% last month, above the 4.5% rate recorded in February.

Thailand’s inflation rate was unchanged in March from February’s level, printing at 0.6%. A lower cost of food balanced out rising energy prices.

Low inflation and a strengthening currency are currently keeping the BOT from raising rates, which are still at near-record lows of 1.5%.

Brazil’s recovery is still on track:

Chile’s GDP grew 4.0% YOY in February, accelerating from the 3.5% annualised rate in January. The recovery should continue for the foreseeable future as Chile’s business confidence remained in optimistic territory at 54.3 points in March. It is the 3rd consecutive month of acceleration with the index 9.2 points higher compared to March last year.

Martín Vizcarra, Peru’s new president, appointed a pro-market cabinet led by César Villanueva, the new Prime Minister. The new government will preserve the macroeconomic fundamentals that made Peru so successful economically over the past 25 years: prudent macroeconomic policies, trade openness with integration into the world economy and a legal framework that protects and promotes private investment. According to President Vizcarra, the priorities of the government, until the end of his presidential term (28-Jul-21) are: fighting corruption, prioritizing health and education and supporting SME’s and private investment.

Mexico’s Gross fixed investment (GFI) surprised to the upside, growing 4.1% YOY in January after several months of decline. This improvement will most likely be short-lived, as it is largely related to expenditure linked to the presidential electoral cycle. However, uncertainty around NAFTA renegotiation and to a leftist government led by AMLO, weighs on business confidence in the industrial sector.

The South African High Court ruled in favour of the “once empowered, always empowered” principle, which entitles a company to keep its black empowerment status even if a black partner exits its stake in the mining firm. This ruling follows the mining industry body, the Chamber of Mines, and challenges the government’s draft mining charter, which specifies that a black ownership target of 26% must be maintained throughout the life of the mine.

Mining accounts for 8% of the country’s economic output and uncertainty around ownership and fear of forced dilution have deterred investment. This outcome could be seen as positive for the sector and the wider economy.

South Africa’s private-sector activity expanded at a slower pace in March. The Standard Bank Purchasing Managers’ Index fell to 51.1 in March from 51.4 in February, as the rate of increase in output and new orders eased.

Nigeria’s central bank kept its main interest rate on hold at 14%. In its first sitting in the year, the revamped committee kept rates at a record high to reign in current inflationary pressures. Inflation fell for a 13th consecutive month in February to 14.3% but remains above the central bank’s target of 6% – 9%. The central bank governor indicated that the MPC may start loosening rates before July if inflation moves closer to a single digit.

Kenya’s private-sector activity expanded for the fourth consecutive month and at the fastest pace since January 2016. The Markit Stanbic Bank Kenya PMI for manufacturing and services jumped to 55.7 in March, from 54.7 in February.