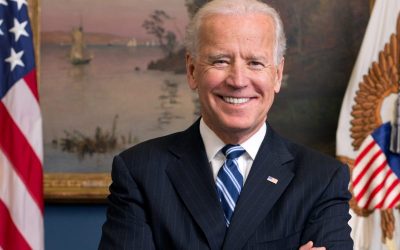 Although there are a number of states yet to be called, Joe Biden has already gained over 270 electoral college votes to become the United States’ 46th President, Biden is to be inaugurated on the 20th January 2021. Although President Trump has not conceded yet, and vows more legal claims, it is highly unlikely that the incumbent President can remain in office. It is worth noting that a ‘blue wave’ victory by the Democratic Party did not materialize, as the Senate will most likely remain under the Republicans’ control at least until January, and there is a good chance that Republicans will retain a Senate majority thereafter. Financial markets found comfort in the idea that there would be no political deadlock over the outcome of the Presidential election, which could have created policy paralysis and policy uncertainty for a prolonged period.

Because of the excitements that came with the Presidential election, many ignored the release of the latest labour market metrics in US: non-farm payrolls rose 638,000, whilst the unemployment rate fell to 6.9% in October. Fed Chair Jerome Powell noted the improvement in economic activity and the jobs market in his regular post-decision speech, but emphasized downside risks, which could halt the recovery. The Fed continues to be committed to the zero-lower bound for several years.

Now that the US Presidential election is behind us, investors can recalibrate their focus and pay more attention to policy agendas, vaccine news and the upcoming macro data releases. 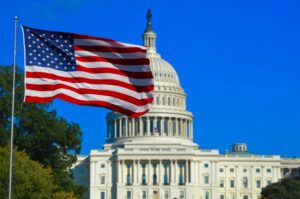 By the end of the trading week, the probability of a Biden victory became significantly more likely. The greater clarity on the potential outcome and the reduced probability of a political deadlock contributed to the improvement in investor sentiment. As a result of the reduced uncertainties, all major stock indices in the US gained: the Russell 2000 increased 6.9%, the S&P 500 rose 7.3% and the Nasdaq Composite climbed 9%. Furthermore, the building expectations for a decisive Biden victory triggered a broad-based dollar weakness vs. both developed and emerging market currencies 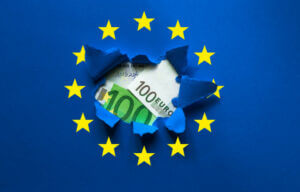 The European Commission (EC) upgraded the GDP forecast for Poland, to -3.6% in 2020 and revised it to +3.3% in 2021. The EC perceives Poland as one of the most economically resilient countries within the EU. 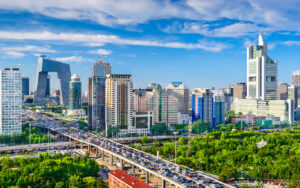 Emerging Asian stock markets enjoyed the positive effects of the outcome of the US Presidential election. By the end of Friday, the vast majority of stock indices gained. The South Korean benchmark (+8.4% in USD) and Chinese “H” shares (+7.6% in USD) led the pack.

President Xi Jinping presented his long-term view on the Chinese economy. The President’s envisions the Chinese economy doubling in size by 2035. The Chinese Communist Party’s longer-term plans include investing in R&D, technology and green solutions.

PMI’s painted a healthy picture of the Chinese economy, as all of them remained more than comfortably over the 50-point threshold, suggesting that both manufacturing and services activities would continue to steam ahead. The sub-indices measuring new orders (including export orders) indicated further expansion.

Both manufacturing and services PMI’s in India reflected an increasing amount of optimism, as the gauges rose to 58.9 and 54.1 in October, respectively. According to the commentaries, economic activity further strengthened and became more broad-based compared with the previous months. The manufacturing sector recorded the strongest increase in production and sales since 2007- 2008.

The aggregate manufacturing PMI for ASEAN countries improved to 48.6 in October, from 48.3 observed in September. Manufacturing activity in the region was uneven, as Vietnam (51.8) and Thailand (50.8) registered metrics suggesting expansion, whilst gauges in other countries, such as the Philippines and Indonesia, remained in contractionary territory, due to the maintenance of mobility restrictions.

The central bank in Malaysia kept the key policy rate stable at 1.75%. The monetary authority remains on accommodative stance to provide as much impetus to the economy as possible. The central bank expects GDP growth to be in the range between -3.5 and -5.5% in 2020, followed by 5.5-8% growth in 2021. 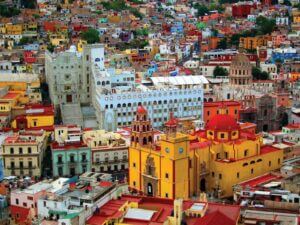 Investor sentiment in Latin American stock markets significantly improved during the week, as the visibility on the outcome of the US Presidential election increased. The Brazilian (+12.8% in USD) and Chilean (+10.7% in USD) country indices delivered the strongest returns by the end of Friday compared with their regional peers.

Manufacturing PMI in Brazil hit new highs reaching 66.7 in October, as most key components, such as output, employment and new orders further climbed. Over- all, the headline gauge suggests that industrial production grow in October (following the 3.4% YoY growth in September). In contrast, manufacturing PMI in Mexico remained well below 50 in October, reaching only 43.6. The report pointed out that the renewed rise in new Covid-19 cases poses risks to Mexican manufacturers.

The minutes released from the last meeting of the Brazilian central bank, when the Monetary Policy Council (MPC) opted for the maintenance of the key policy rate at 2%. The MPC saw the economic recovery as uneven and identified that the balance of risks to the growth outlook is tilted to the downside. The MPC’s arguments imply that the key interest rate will be kept stable.

Congress in Peru voted in favour of allowing a second round of early withdrawals from pension funds. This time only those are allowed to withdraw funds from their pension accounts who have not worked over the last 12 months. The bill is yet to be signed into law. 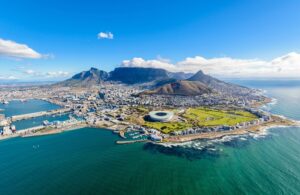 The South African Top 40 index delivered  a 13.7% return in USD during the week, tracking the risk-on behaviour in global stock markets. The gains by the Egyptian Hermes index was modest, 1.1% in USD by the end of Friday.

The whole economy IHS Markit PMI in South Africa rose to 51 in October. This is was the first time since April 2019 that the gauge rose above the 50-point threshold. The improvement was primarily due to the easing of lockdown restrictions, which contributed to the improvement of domestic demand.

“Warwick Hamilton has, since 2014, been the financial advisor dealing with the proceeds of my UK pension, invested via QROPS in an STM Pension Transfer Plan. I am sure that I am not his biggest client but you would not think so, given the excellent support and service that he gives me. I have been continuously impressed by the way he ensures that these investments are managed to perform well, align with my risk profile; and with his ethical, informative, honest and straightforward way of handling those affairs. I have kept these investments with Warwick despite approaches to change financial advisors because he ensures that I am kept well informed and I trust him.”
Dr Leslie Alan Carlo
“I’ve been always targeted by many financial advisors and International investment groups over the years. I have had one fund with an offshore investment group before which I canceled in 2008 and since then I was uncertain if I should do something again. I met Kirk in 2014 and he kept contact with me over the next few years. In 2017 I thought of investing and starting some fund and I have immediately contacted Kirk since he has left a very strong impression as a competent, pleasant, and very well informed advisor. Now I have a few funds with AMA and I am very happy with the service level, professionalism, and guidance from Kirk. I am very confident that I will reach my future goals.”
Ivan Stefanovic - Commercial Director - Scania
“Chad is a pleasure work with, throughout my dealings with him he has always maintained care for our relationship over and above my portfolio. He has ensured our communication and working timelines are met to the highest standard. I’ve found Chad to be very thorough and more than happy to take the time always to keep me updated and continue to answer all questions in a timely and professional manner. He is also very personable and courteous, with a keen attitude to deliver the best service. Chad keeps updated on current market developments and regulations, and his attention to detail and analysis of my portfolio has been most informative and insightful. In my opinion, Chad is a knowledgeable and professional advisor, and I feel comfortable entrusting my international arrangements and overall portfolio management to him. I would happily recommend Chad to others who require assistance regarding their financial planning.”
Warren Drue - Partner- WEBBER WENTZEL