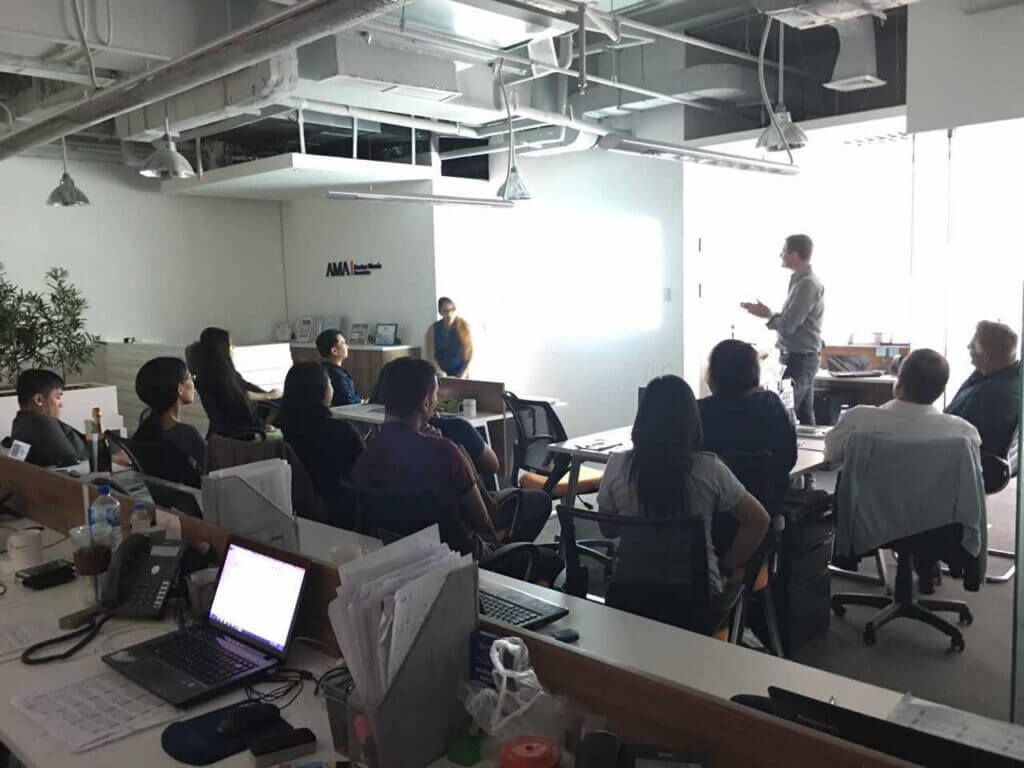 With volatility in markets and caution abound, Austen Morris Associates and it’s team of global investment consultants, has led the way by providing new and existing clients with innovative and alternative investment that deliver results, allowing investors to diversify portfolios and deliver results in these uncertain times.

China
After the formal meeting, the Shanghai office joined together for a fun yet competitive bowling evening near Luwan Stadium. The Toreros y Flamencas won, including Matt, Kelly, Lucie and Marta. An additional congrats to Kelly who had the best score of the day. All office staff joined in the games and had lots of fun.
South Africa
The South Africa office meeting was held at our Johannesburg headquarters in Bryanston. The meeting was lead by Executive Director, Mr. Philip Morris with our Cape Town headquarters joining via teleconference. After the quarterly updates and recognition, each team enjoyed a group lunch out at The Brazen Head in Joburg and at Beluga in Cape Town! With a satisfying mix of local and Irish wholesome food, the teams all celebrated the start of a great year.
Philippines
In Manila the meeting was presented by Martyn Davies – Regional Manager of AMA Philippines. After the formal presentation in the AMA Manila office the team went to Bugsys Bar & Grill for drinks and good times. The drinks was flowing and spirits were high. A game was put in place which involved 17 envelopes that contained cash ranging from 750 Pesos to 4000 Pesos. This game involved speed and intelligence, shouting the word ‘BONKERS’ and answering the question correctly awarded the lucky contestant a cash prize and a at least 3 months of bragging rights.