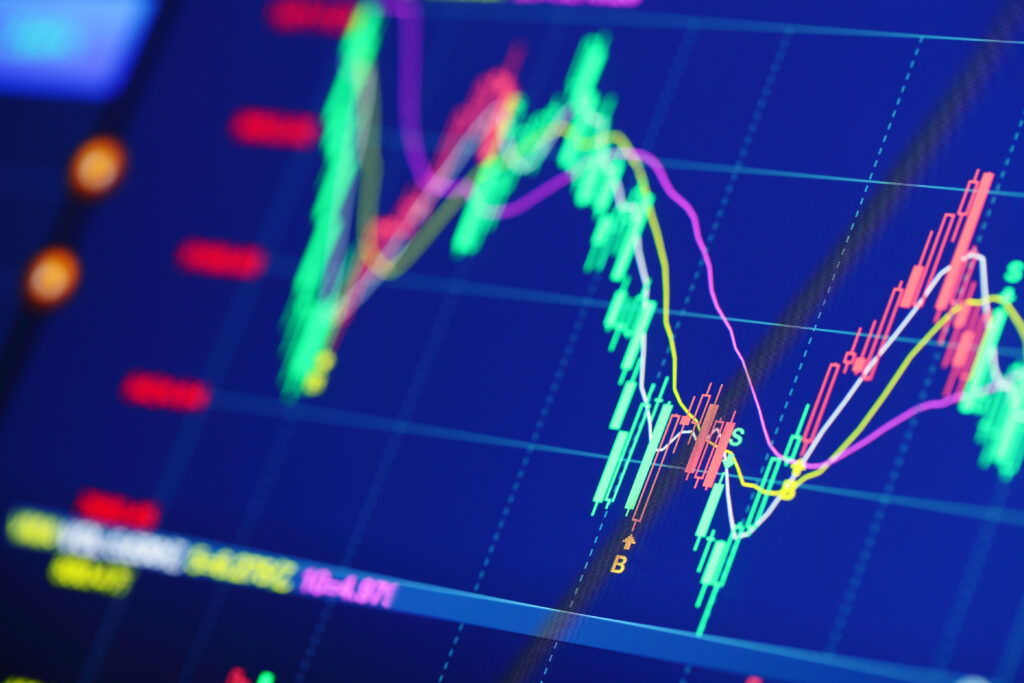 If you’re new to finance and investing, you’re likely looking for an explanation of the terms thrown about everywhere in the stock trading world – in addition to the stock market itself.

For that reason, we’ve created this brief introduction to the stock market to understand better what it is when you take your first steps into the world of stock trading.

What is the stock market?

The stock market allows shares – belonging to publicly held companies – to be bought and sold, facilitated by an array of stock exchanges, which act as marketplaces where these transactions can be made.

The two largest exchanges are the New York Stock Exchange, where brokers exchange securities on a trading floor, and NASDAQ.

After the New York Stock Exchange, NASDAQ became the most prominent stock exchange and became the world’s first electronic stock market, providing a digital alternative to the traditional stock exchange.

Now, stocks listed on NASDAQ can be traded online, and more than 3000 companies have shares listed on the NASDAQ stock exchange, including Apple, Amazon and Facebook.

In what’s known as the primary stock market, companies offer an initial set of shares – a.k.a. fractions of ownership in the company and the associated capital – to buyers in what is known as the ‘initial public offering’ (IPO). On the secondary market, investors trade, buy and sell securities that they – or another investor – own.

In addition to allowing investors to trade securities, the stock market is also a key indicator of the economy’s health.

In general, a rising stock market indicates a healthy, growing economy – and investors tend to purchase stocks during this time.

Specific ‘indexes’ are used to track the stock market’s performance and guide many of the decisions made by investors, who often choose to invest in companies represented in these indexes – whether through purchasing individual stocks or through vehicles such as ETFs.

Bearing this in mind, you should know a few key indexes.

The Standard & Poor’s 500 Index is probably the most well-known and comprises the 500 top companies’ publicly traded shares in the US.

Some of the top companies within the S&P 500 include Apple, Microsoft, Amazon, Meta and Tesla, among others in various industries.

Because of this, the S&P 500 is often used to gauge the performance of the stock market overall and inspire investors looking to invest in the stocks of top-performing companies or in ETFs that comprise stocks included within the index.

After all, the annual return of the S&P 500 over ten years is around 13.9%, making it worth keeping an eye on for investors.

Dow Jones & Company is responsible for some of the most infamous financial news outlets, including the Wall Street Journal and MarketWatch.

Just as significantly, however, the company created the Dow Jones Industrial Average (DJIA) – one of the most closely watched indexes in the world.

Though the index used to track securities in the industrial sector primarily, the DJIA now contains 30 companies, from Microsoft to Coca-Cola, representing some of the most actively traded stocks globally.

However, some other indexes created by Dow Jones focus on the performance of specific sectors, including the Dow Jones Transportation Average and the Dow Jones Utility Average.

An acronym for the Financial Times Stock Exchange, FTSE – affectionately known as Footsie – created, among many others, an index comprising 100 companies listed on the London Stock Exchange with the highest market capitalization.

In essence, the FTSE 100 is the most significant UK equivalent to the S&P 500, with some of the top companies in the index including Unilever, AstraZeneca and BP.