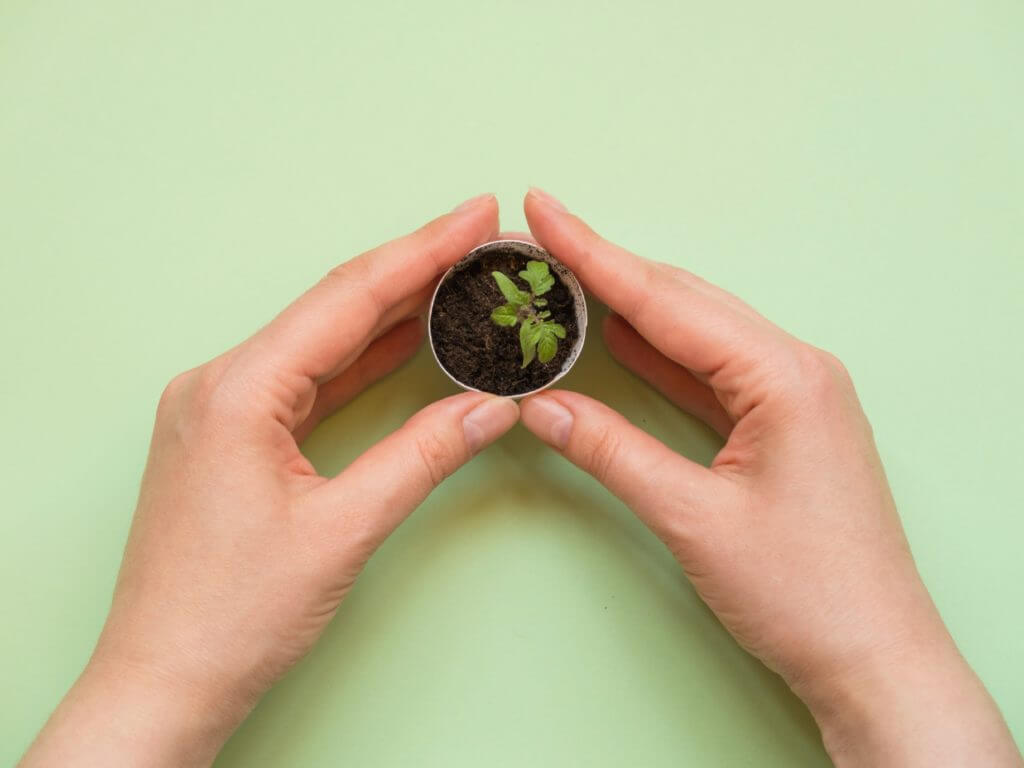 Green initiatives are plans, strategies and/or developments that aim to aid and protect the environment and usually involve reducing carbon emissions, limiting water usage and/or protecting ecosystems, among other environmental goals.

In the last decade, governments, businesses and individuals alike have become more switched on to environmental issues, with many making changes to become more sustainable.

As such, countless organisations and governmental bodies are embracing green initiatives that are actively changing the future of the planet.

Sustainable agriculture prioritises the environment, animals, the health of the soil and local communities, using methods to protect the land while still meeting the demands of those who rely on the food produced.

Sustainable methods of farming include: recycling crop/animal waste; using fewer or no pesticides; crop rotation (helping to diversify the nutrients in the soil); using collected rainwater, and; rewilding areas of the farm to improve biodiversity and support the surrounding ecosystems, and many farms are taking the initiative to incorporate these practices.

More than this, facilities such as hydroponic gardens and mycoprotein production sites are helping to reduce the volume of land needed to produce the same quantity of food, feeding just as many people without taking as much from natural ecosystems.

Governments around the world have introduced initiatives to reduce their dependence on fossil fuels and instead opt for energy from renewable sources – such as solar, wind and hydropower – wherever possible.

The UK, for example, has pledged to end unabated electricity generation from fossil fuels by 2035, while – worldwide – countries have pledged to become carbon neutral within the next couple of decades.

Similarly, countless organisations and businesses have switched to renewable energy sources, with brands such as Waitrose using biofuels to power their delivery trucks and Nestle signing a 10-year deal with leading solar power company BayWa.r.e to be their source of energy.

Single-use plastics are a huge problem that adds to our already overfilled landfills and contributes to the pollution of the sea.

For this reason, ensuring that plastics can be used and re-used as much as possible is crucial to minimising the plastic waste we produce.

At Berkeley Lab, scientists have developed a multi-purpose plastic polymer called polydiketoenamine (PDK). It’s unique from other plastics because it can be infinitely upcycled, meaning it can be recycled again and again without reducing in quality or strength.

Moreover, at the RMIT University in Australia, scientists have devised an alternative for the billions of disposable face masks that became a staple of the pandemic. As such, they’re driving an initiative to turn the masks into roads, which may make the roads stronger and require less maintenance in the future.

In addition to enhancing plastic recycling methods, another crucial way the world is moving away from the single-use plastic problem is by developing alternative materials that offer the same functions – making them suitable for packaging and shopping bags – without the associated problems.

One amazing example is VeganBottle: a water bottle by Lysapackaging made from a material with similar structural properties to plastic but is made from 100% biodegradable materials – namely, sugar cane. In the future, this development could replace plastic for all sorts of packaging needs.

In the last couple of years, brands such as Tesla have popularised Electric Vehicles (EVs), encouraging more people to go electric when they drive rather than use cars powered by fossil fuels such as diesel and petrol.

To further encourage people to adopt EVs, many countries – including Canada, China, Germany and the UK and US, among more – have joined the Electric Vehicles Initiative, subsequently introducing policies that often include subsidies for EV owners to encourage EV vehicles uptake.

Likewise, businesses have taken the initiative to use EVs or vehicles powered by biofuel, with brands like Budweiser partnering with EV Cargo to provide half of their delivery fleet fuelled by vegetable oil.

Other brands like Iron Mountain have begun to use electric vans to deliver goods, with their 2030 goal comprising an entire global fleet of electric vehicles.

Governments across the world have initiatives in place to encourage homeowners to make energy-efficient changes to their homes, such as improving insulation, installing double-glazing, or building solar panels or heat pumps.

However, over the last couple of years, the ‘urban greening’ trend has taken off, with many governments giving councils financial incentives to incorporate plants into architecture.

Likewise, many architectural firms have begun to specialise in the practice, with structures such as vertical forests and green facades becoming more and more commonplace in architectural projects.